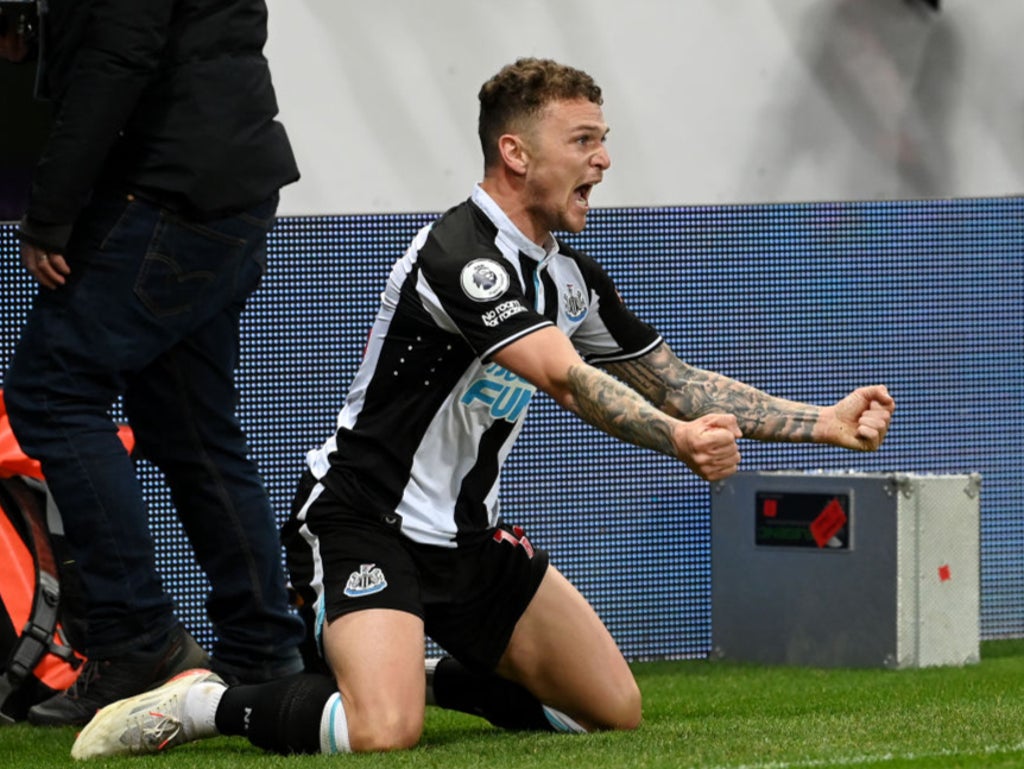 Unfortunate first-half own goals from Jamaal Lascelles and Mason Holgate had left the sides locked together at the break, but it was Newcastle, who handed a debut to £35million new boy Bruno Guimaraes as a late substitute, who eventually got themselves over the line courtesy of Ryan Fraser’s scruffy strike and Trippier’s effort in front of a passionate crowd of 52,186 at St James’ Park.

The win – just their third of the campaign, but second in succession – left them just a point behind Merseyside club, who succumbed despite the introduction of newcomers Dele Alli and Donny van de Beek from the bench.

The Magpies’ Aston Villa loanee Matt Targett was the only newcomer to make either starting XI and saw plenty of the ball during the early stages, although it was Jonjo Shelvey who sent a dipping second-minute shot over Jordan Pickford’s crossbar after latching on to Yerry Mina’s loose pass.

After a ferocious start by the home side, the visitors started to work their way into the game with Andre Gomes and Allan steadying the ship in the middle of the field, although Andros Townsend was unable to make the most of Seamus Coleman’s driven ninth-minute cross.

Richarlison might have done better when allowed time and space to shoot by Fabian Schar, but dragged his effort wide, and with Anthony Gordon – who was floored by a rugged challenge which cost Shelvey a yellow card and might have been punished more severely – prospering in the space between the Magpies’ defense and midfield, the Toffees were causing problems.

They made the pressure tell nine minutes before the break, if in slightly fortuitous circumstances when Holgate saw his shot cleared off the line by Schar, only for the ball to ricochet off team-mate Lascelles and into the net.

However, the Newcastle skipper and the Everton defender’s fortunes changed markedly within seconds when Lascelles’ header from a Trippier corner hit the underside of the crossbar and then Holgate before crossing the line.

The second half unfolded in equally committed style and Jarrad Branthwaite, who had replaced the injured Yerry Mina before the break, was left with a painful reminder of his evening on Tyneside when Pickford caught him as he punched a cross clear.

But the keeper was picking the ball out of his net for the second time 11 minutes after the restart when Fraser stabbed Allan Saint-Maximin’s deflected cross past him despite his best efforts on the line.

Everton’s efforts to work their way back into the game were labored and the game became increasingly ill-tempered as time ran down.

Trippier effectively ended their hopes with 10 minutes remaining when he curled an unstoppable free-kick past England team-mate Pickford, and it might have been even worse has substitute Jacob Murphy not been denied by a post late on.