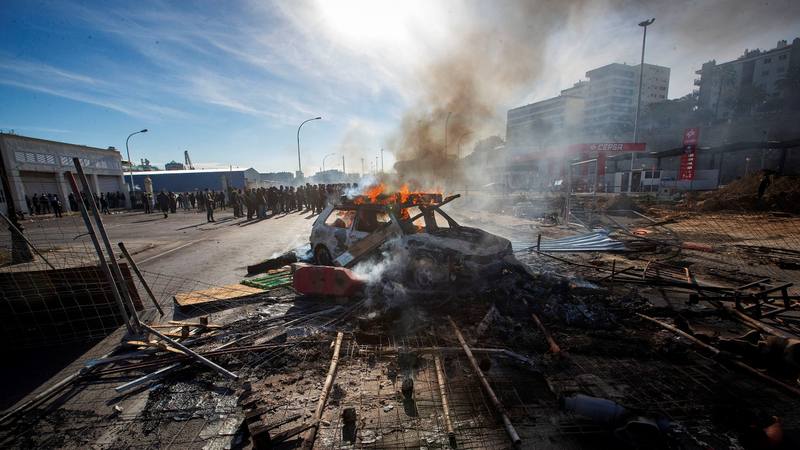 The indefinite strike of the metal sector in Cádiz does not seem to be called off shortly due to the conflicting positions of the employer and the unions in the negotiation of the provincial collective agreement. The key is the amount of the salary increase. The power plants want purchasing power to be guaranteed and companies want to delay the revaluation until their financial situation improves.

What are the unions asking for?

The workers’ representatives ask for a CPI salary increase for this year (in October inflation has shot up to 5.4%), a rise of 2.5% plus the annual CPI for 2022 and one of 3% plus CPI for 2023, for “not lose more purchasing power”Before the rise in prices, together with a reduction of four hours of work a year.

What does the employer offer?

Why are the unions not accepting the offer?

The 75% of the jobs in the metal sector in the province are temporary.In other words, they do not have a permanent contract, so that three out of four of the workers would never recover their purchasing power, according to the employer’s proposal. The trade unionists explain that their contracts last a few months and that families are already having to face the increase in the price of the shopping basket.

What do entrepreneurs argue?

Femca ve “Unaffordable” the cost of the salary increase given the financial situation of the metal sector, affected by the coronavirus pandemic and they consider that they will not recover “the lost muscle” until 2023 or 2024. The employers do not see the union proposal viable, given the expected inflation, the rise in electricity and the fuels. The businessmen believe that the raised increases would entail “the disappearance of the industry of Cadiz, which would have to compete with that of other provinces that start from a more advantageous situation.”

How many workers and companies are affected by this strike?

The general secretary of the UGT Metal Federation in the province of Cádiz figures in 29,000 workers summoned to indefinite unemployment and 5,600 companies affected, including both auxiliary industries of the large factories in the naval and aeronautical sector (Navantia, Airbus), as well as mechanical, plumbing or metal carpentry workshops.

They are the workers of small and medium-sized companies who are subject to Provincial Metal Agreement those who have run out of legal umbrellas since their expiration in December 2020. These workers are essential for the repair yard in the capital of Cadiz because this center does not have direct labor and has to outsource it.

Why is it not directly relevant to the Navantia staff?

Shipyard employees are covered by your own agreement company, which offers them better conditions than the provincial agreement pending negotiation.