Skip to content
Home News Keys to the crisis in Kazakhstan 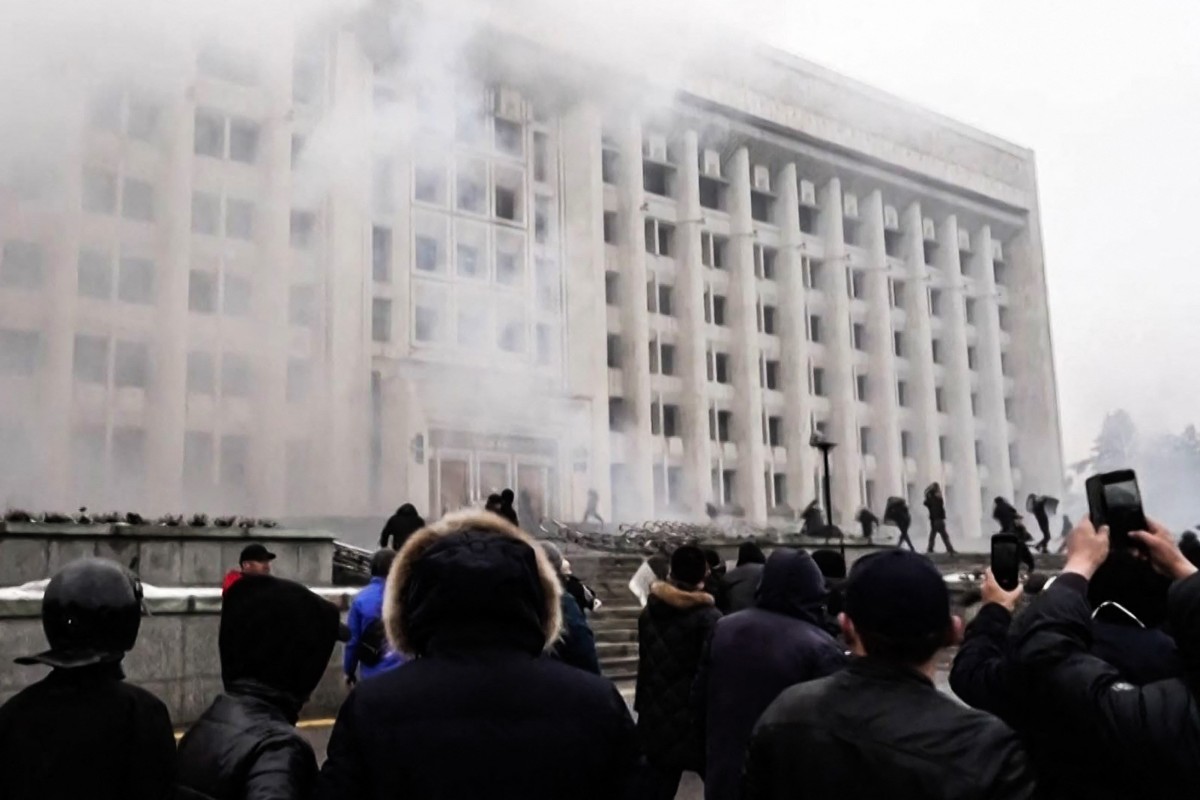 During these days, Kazakhstan lives the worst protests in its history , which have led to violent riots with fatalities among protesters, classified as “terrorists” by the Government, and among members of the security forces.

The rise in prices

Protests broke out in the country on January 2 due to the rise in the price of liquefied gas, Kazakhstan’s main automotive fuel, which doubled its price from 60 tenges per liter to 120 (from 0.12 to 0 ,25 euros).

The general discontent originated initially in the western Mangystau region, but quickly it spread across the country. In addition, the slogans of an economic and social nature gradually led to political claims.

Fed up with ancient elites

Several analysts attribute the protests to fed up of the population with the old elites, which has been growing in recent years and has reached its peak with the new rise in prices.

The main demand of the government’s detractors is to end the era of former President Nursultán Nazarbayev, whom opponents accuse of maintain political power in the country, in the shadow of the current president.

One of the most viral images of the protests has been the demolition of one of the monuments of Nazarbayev in the town of Taldicorgan, in the southeast of the country.

The ruling Nur Otan party has practically all power in the country and Kazakhstan lacks any real opposition. Precisely, the absence of a political force that can express the concerns of the citizens is one of the causes of the current crisis, according to experts.

In the parliamentary elections held a year agoNur Otan revalidated his leadership in the Majilis – the Lower House of the Kazakh Parliament – after garnering more than 71% of the support. The Kazakh president, Kasim-Yomart Tokáyev, had set as one of his objectives after replacing Nazarbayev the development of democracy and multi-partyism, tasks that the authorities will have to carry out more quickly to avoid new crises in the future.

The protests began with marches and peaceful demonstrations against the rise in fuel prices, but within days they charged a very violent character with attacks on policemen and looting of shops. According to the authorities, at least 13 soldiers have lost their lives in the riots.

Tension rises in Kazakhstan due to anti-government unrest

Several protesters who, according to the authorities, belong to terrorist groups were also “eliminated”. The number of detainees exceeds 2,000 only in the city of Almaty, the largest in the country.

Arrival of forces of the post-Soviet military alliance

The current crisis has led to the intervention of the forces of the Collective Security Treaty Organization (CSTO) given the “terrorist threat” facing the country and hours later the organization gave its approval to the deployment of more than 3,800 military personnel in Kazakhstan for the “stabilization of the situation”.

It’s about the the first time the post-Soviet alliance has intervened in defense of one of its members since its creation.

During the riots, Internet and telephone operators have reported difficulties for the correct provision of services.

As a consequence, information about the events in Kazakhstan is limited and often comes through social media or fast messaging applications. Various media have not been able to communicate with their correspondents in the country for several hours.

According to the Kazakh business community, the protests in Kazakhstan have already caused damages valued at 92 million dollars. Events in the ex-Soviet republic, which has the largest oil reserves in the post-Soviet space after Russia, threaten to cause oil prices to rise.

The Kazakh crisis has already affected uranium prices on the world market, as the Central Asian Republic is the main producer of this mineral. In addition, political instability in Kazakhstan caused a drop in the price of bitcoin, as Internet cuts affected the activity of miners.