Kevin De Bruyne has revealed how a tactical tweak led to the vital goal that gives Manchester City a slender Champions League quarter-final advantage. The Blues midfield star raced onto a pass from substitute Phil Foden to fire them ahead and set up a huge battle in next Wednesday’s second leg.

City had struggled to break down an Atletico side that had retreated into a virtual 5-5-0 formation until the arrival of Foden and fellow subs Jack Grealish and Gabriel Jesus. Guardiola was praised for the triple switch which saw Foden sharpen up the attack, Grealish add a degree of control and Jesus become a focal point for the attack.

But De Bruyne says that a smart switch in his role was a big factor in his goal, as he popped up on the right of the City attack to link up with Foden, asked to play wide on the right: “In the second half I started more on the left midfield and then we changed it a little bit where I played as a number ten so I could just get the spaces,” he said.

“When Phil turned around I saw a little gap so I just tried to run into it, so that was good. Phil had the ball and I just saw the little space in between the two defenders.

“I just tried to make a run in behind. He found me perfectly and I saw I was alone so I needed to compose myself a little bit and luckily I found the corner because I think (Jan) Oblak is a big ‘keeper.”

See also  Moving House With a Dog: Here are 6 expert tips on helping your adorable dog settle into a new home

De Bruyne added that City had expected it to be tough against an ultra-defensive Atletico set-up: “It was very difficult. They started playing with 5-3-2 so it is very compact, but I think after 20 to 25 minutes they went to almost 5-5.

“There are no spaces. It feels a little bit like handball where you have to go around every time. The first half was difficult and we didn’t have too many chances but we were safe so that was good.

“It is not frustrating, you have to be patient as this is the way Atletico play and you have to respect that.”

De Bruyne’s goal means that Ateltico will have to come out of their shell a little more in their own Wanda Metropolitano stadium next week, and the Belgium ace is confident the Blues can progress to a semi-final against either Chelsea or Real Madrid.

“I think we can get a good result,” he said. “Obviously, it is very tough and they have a lot of quality when they play. We can only control today what we had to do.

“We controlled them well, they have good attacking players, but they didn’t shoot at the goal from what I can remember. In that aspect, the team did well.

“It is a good result, we have a one-goal advantage, but 90 minutes or 120 minutes is still a long time. Now we have to recover and get ready for Sunday.”

That Sunday clash with Liverpool is now the focus for City, and Guardiola is delighted that De Bruyne – who scored the equaliser at Anfield earlier in the season and has developed a knack of scoring important goals in big games, is hitting his best form.

De Bruyne himself is relishing the challenge of facing Liverpool. He said: “It is really big. I think everybody is looking forward to it. I think the players will take it as a privilege to play these games.

“As a player you want to win games and trophies and if you want to do that then you need to win these big games. But if you win, draw or lose, there is still a lot to play for.

“We are going to try and play a good game and then we will see. That is the mentality, we want to win all three [trophies]. It is going to be very hard, we have done good things before but their quality is good also so we will respect that and work hard.” 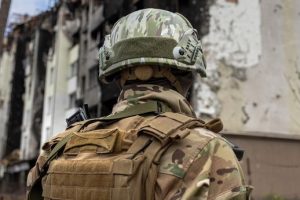