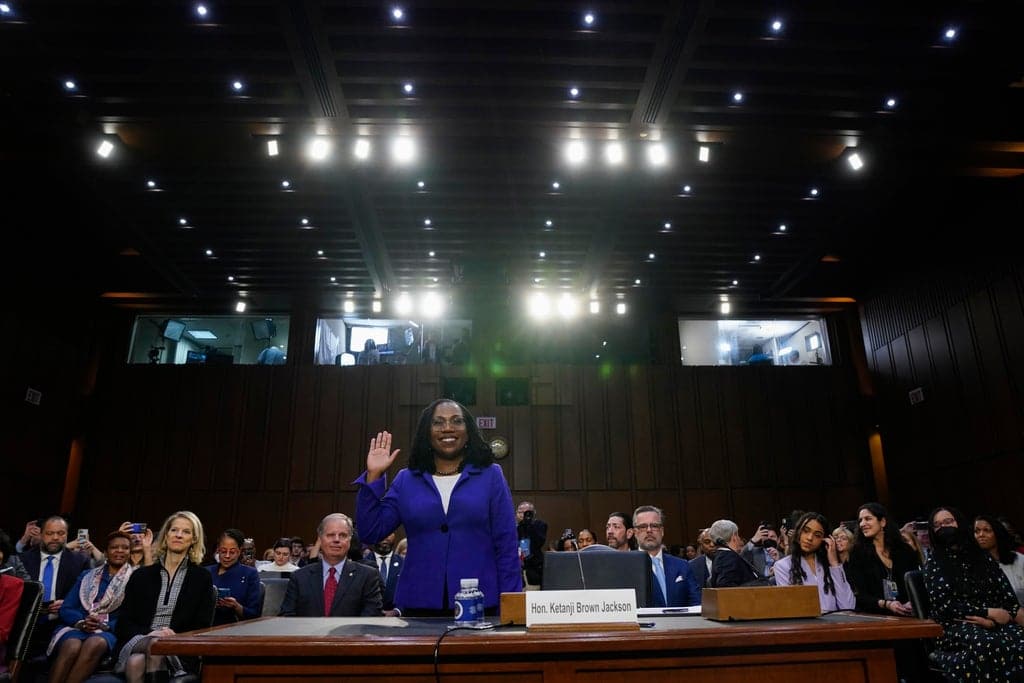 Hearing Supreme Court nominee Ketanji Brown Jackson describes the challenge of juggling motherhood and career was a balm for working parents everywhere. It is not often that the battle to get it right, have it all and make it work is so openly acknowledged.

The confirmation hearing opening remarks by Jackson, who thanked her visibly emotional husband for his unwavering support, gave an important mention to her two daughters, Talia and Leila. So far, so normal — but Jackson then deviated from her standard narrative of simply praising her family to add: “Girls, I know it has not been easy as I have tried to navigate the challenges of juggling my career and motherhood. And I fully admit that I did not always get the balance right. But I hope that you have seen that with hard work, determination and love, it can be done.”

This open, honest reflection of what life is like for working parents (particularly mothers, who in the US are more than three times as likely as their male counterparts to be juggling childcare and work responsibility) shows just how important it is to have women in high-profile leadership roles.

The more women there are balancing high-powered careers with parenting, the better for all of us — and the less likely we will need to barter to pick up our children from school, receive fair maternity rights, or be overlooked for promotion. It was especially powerful that Judge Jackson added “it can be done” — perhaps because she knew an acknowledgment of the struggle without declaring victory would leave room for her detractors to suggest being a working mother would prevent her from doing her job properly.

The last justice confirmed to the Supreme Court, Amy Coney Barrett, mentioned in her own opening statement that she would be the first mother of school-age children to serve on the high court. It is remarkable, though, that the last male justice confirmed to the court, Brett Kavanaugh, did not mention the juggle. Men rarely do. Although he mentioned championing female clerks, and wanting gender equality, he did not himself acknowledge any difficulties in finding a balance between parenting and career. And while I have lost count of the numerous male colleagues and bosses who have children, it is (not always, but largely) the female bosses I have witnessed making childcare arrangements, balancing their home and work life, and doing two jobs at once.

Of course, there are tens of millions of working fathers dropping their children up from school, working, and struggling to keep it all together — but too often men are roundly praised for simple acts such as taking their kids to the park, being an “ involved” father or doing “daddy daycare” (what the rest of us refer to as simply “parenting”). As working fathers are being given a round of applause for balancing their home and professional lives, working mothers are expected to have it all together or risk being seen as someone who can’t handle having a professional life alongside kids — or they risk being put on the career-stymying “mommy track”, as one former colleague so succinctly put it.

The simple act of a successful professional woman acknowledging the struggle feels like a balm. Too many working mothers feel the daily option of sacrificing either their work or parenting performance. On bad days, when a child is sick or the school shuts its doors yet again over Covid, you realize you’re not doing very well at either job. And the treadmill continues.

There is, however, respite: the boss with children who realizes a meeting might need to be tweaked around the school run, the company that works to create an environment where parents’ roles are valued, the people and charities pushing for real change that benefits working parents. And the woman at the top, being considered for the Supreme Court, who isn’t too proud to admit: “I did not always get the balance right.”