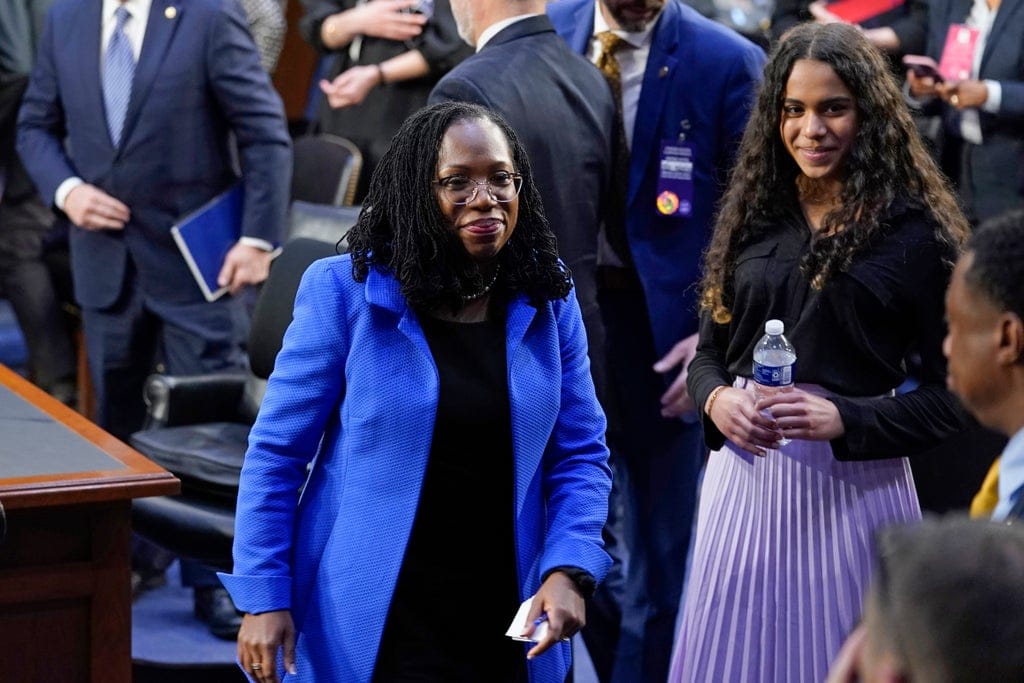 In the midst of all the political punditry and great standing that was on full display throughout Judge Ketanji Brown Jackson’s confirmation hearings this week, there was a small moment – captured in a moving and now-viral photo – of unadulterated joy.

That sliver of joy was the image of Judge Jackson’s teenage daughter looking on with beaming admiration as her mother answered questions during a confirmation hearing that could see her become the first Black woman in the Supreme Court.

The image of Judge Jackson’s daughter, Leila, seemed to force the internet, which had been reeling from the days of intense grilling by Republican committee members, to stop and bask in this sweet and unexpected moment.

Sarahbeth Maney, the New York Times photography fellow who snapped one the most shared photos from the hearings, explained in an interview with her paper how she hadn’t realized the impact the heartwarming pic would have when she clicked the photograph of the mother-daughter duo.

“I did not expect it to gain that much traction,” the 26-year-old told The Times.

“I instantly posted it because I knew what I felt when I took the photo, and I really gravitated toward it.”

The image that so many have come to resonate with is seemingly simple in its execution. In the foreground, Judge Jackson’s face is slightly out of focus, but a smile can be seen blurring through. Seated immediately behind the Supreme Court nominee in the right back corner, the most compelling feature of the photo begins to shine through: Leila, the judge’s daughter, glows with pride as she shoots a smile at her mother de ella.

The 26-year-old fellow explained to The Times that she had positioned herself on a bench on the left-side of the courtroom, giving her an excellent range to snap the judge with her family seated behind. When she began to zero-in on the Supreme Court nominee’s daughter, however, Ms Maney explained how she began to experience an intense reaction to the pair’s image of her.

“I noticed how proud her daughter was of her, and it gave me chills when I saw this look that her daughter gave her. It was just this look of such pride and admiration.” she said.

Covering an event like the confirmation hearings for the first Black woman nominated to the Supreme Court felt especially important to Ms Maney, well before the viral photo took off.

she told The Times that, as the first Black photography fellow for the storied newspaper, it was important to be there to “provide the representation” at the hearings.

“During these hearings, it was the first time in my career where I worked alongside more than one other Black photographer, which is better to be able to share that space with people who understand the Black experience,” she said.

When Ms Maney shared the picture originally on her Instagram and twitter-accountthe words that she chose to caption the image with seemed to echo what a lot of the internet found to be so captivating.

“Being the first often means you have to be the best — and the bravest,” she wrote.

Across social media, thousands met her post with similar sentiments, expressing their own experience of being inspired by the image of the mother and daughter.