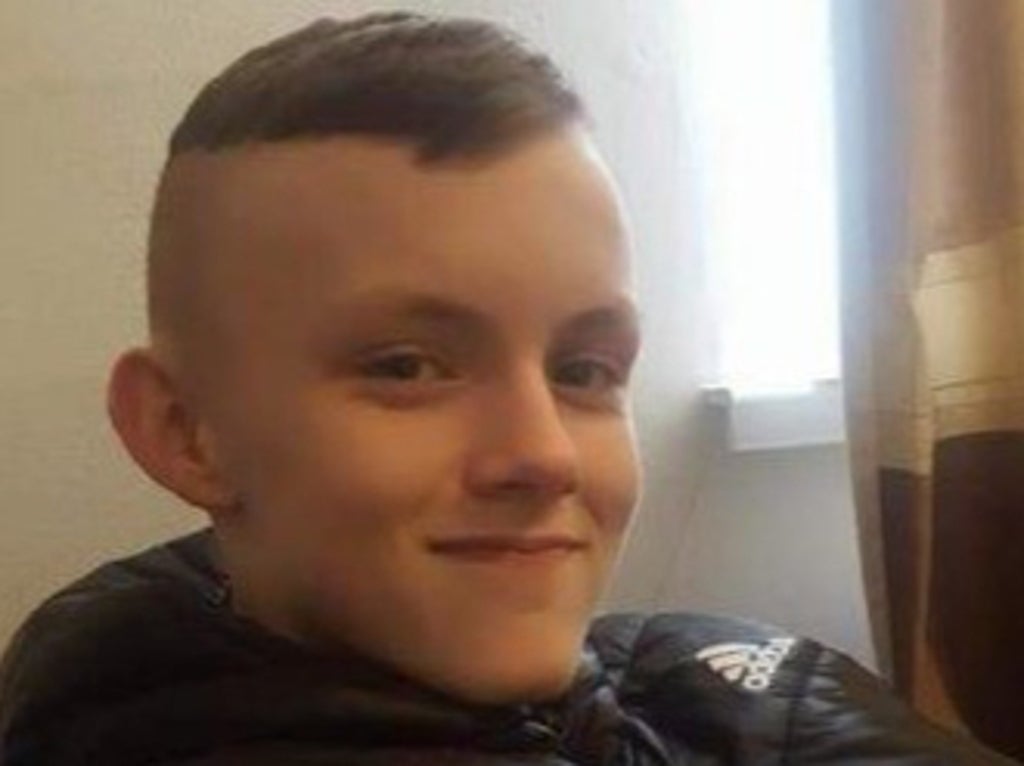 A 14-year-old boy has become the ninth teenager to be arrested over the suspected murder of Kennie Carter, 16, Greater Manchester Police has said.

The 16-year-old was stabbed in the chest on Thirlmere Avenue in Stretford just after 7pm on 22 January. He was rushed to hospital, where he died later that night.

His heartbroken family last week described him as “our youngest, our baby, our cheeky chappy with baby blue eyes”, saying: “His death has left a massive hole in our lives and our family has been destroyed.”

They urged the community to help the ongoing police investigation into Kennie’s murder, “so that the person responsible is brought to justice”.

Announcing the latest arrest on Thursday, the force said detectives have so far spoken to 50 people, collated over 100 hours of CCTV footage, executed eight warrants, and made nine arrests – the latest of them on Wednesday night.

Five murder suspects remain on bail with conditions not to enter the Stretford area and officers are still keen to speak to further people, police said.

Detectives are particularly looking to speak to anyone who may have been driving through Moss Road, Thirlmere Road and Victoria Road between 6pm and 7pm, who are also urged to check their dashcam footage.

“Ever since we became aware of Kennie’s tragic death, we have been working around the clock and conducted numerous different lines of inquiry to ensure Kennie’s loved ones are given the answers they rightly crave,” said Detective Chief Inspector Alicia Smith, of the force’s major incident team.

“Despite speaking to a number of witnesses, suspects, and other members of the public, we know there are still people out there we haven’t yet spoken to who may have crucial information.

“This includes those who may have just been passing through the area at that time who didn’t realize they were witnesses to a murder or who could’ve seen the prior moments or aftermath of this swift but deliberate attack.

“Anything that may have appeared like young men in confrontation, fighting, or running to or from the Moss Road, Thirlmere Road, and Victoria Road areas on that Saturday night could be vital footage and therefore I urge anyone driving through that part of town that evening to check their footage.”

Kennie’s family continue to be kept informed of developments and are being supported by specialist officers, police said.

In their statement, via Greater Manchester Police, his family said: “We will never have the opportunity to see him growing up and having a family of his own. Each day when we wake the house feels empty; we ca n’t hear his footsteps from him, his voice from him or his music from him.

“We cannot believe how generous people have been, even people that don’t know us or Kennie directly. We want to ask the community to provide as much information as they can to the police so that the responsible person is brought to justice.

“Young lives like Kennie’s are being lost far too often and this has to stop.”