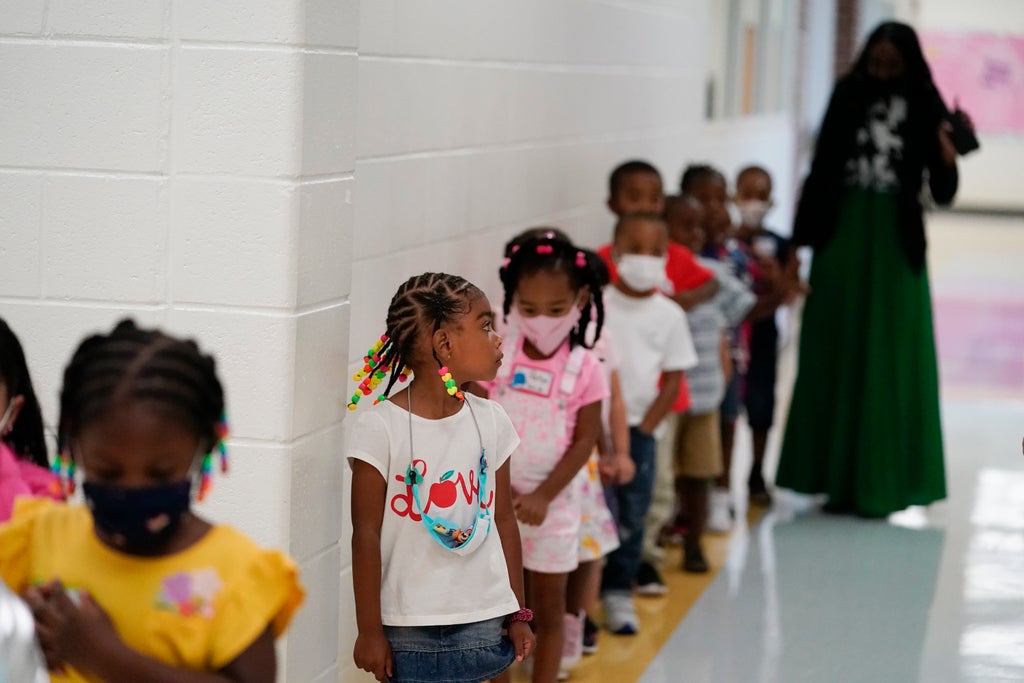 Gov. Brian Kemp’s plan to let Georgia parents opt their children out of public school mask mandates would only run through June 30, 2023, and he took repeated shots at Democratic gubernatorial candidate Stacey Abrams as he discussed it Monday, underlining the political basis of the move.

The measure, which is being introduced by Republican Sen. Clint Dixon of Buford, would say that school districts couldn’t require face coverings unless parents could opt their children out without giving a reason. The bill also says no student can be disciplined or get a worse grade if their parent says they don’t have to wear a mask.

“We got to continue to move back to more normal operations,” Kemp said. “We’re trusting our parents every day on whether to send their kids to school or not, if they’re not feeling well, if they have a fever. We can certainly do that in terms of masks at this point in the pandemic.”

Kemp made the move after GOP primary rival David Perdue attacked Kemp for not doing more to end masking in schools.

“Brian Kemp only does the right thing when we spell it out first,” Perdue said Monday in a statement. “Why didn’t Kemp stand up for parents’ rights began two years ago when this pandemic?”

The controversy spun out of Republican attacks on likely Democratic gubernatorial nominee Abrams for not wearing a mask when she spoke at a Decatur elementary school earlier this month. Pictures show all the students and faculty at the elementary school wearing masks around Abrams.

Abrams’ campaign initially said she wore a mask to the school and only removed it to be better heard by students watching remotely — and for pictures on the condition that everyone around her kept theirs on. In an interview Tuesday on CNN, Abrams said, “Protocols matter and protecting our kids is the most important thing, and anything that can be perceived as undermining that is a mistake and I apologize.”

“I’ve been a local control governor working with our school systems to help get kids in the classrooms. I have great respect for that,” Kemp said. “But I also believe that when you have schools out there that have a mask mandate that then allow visitors to come in unmasked, what is the point?”

An Abrams spokesperson didn’t immediately reply to an email and text seeking comment.

A survey by the state Department of Public Health earlier this month showed at least 44 of Georgia’s 180 school districts then required masks in at least one school, as well as at least 16 independent charter schools.

Kemp had earlier discouraged masks but said he would ultimately leave the decision up to local school districts. That’s in keeping with a generally decentralized public education culture in the state.

Georgia last week recorded about 5,800 COVID-19 cases in children ages 5 to 17. That’s down sharply from more than 13,000 the week before, but still far above the roughly 1,000 cases in school-age children that Georgia was recording in early November.