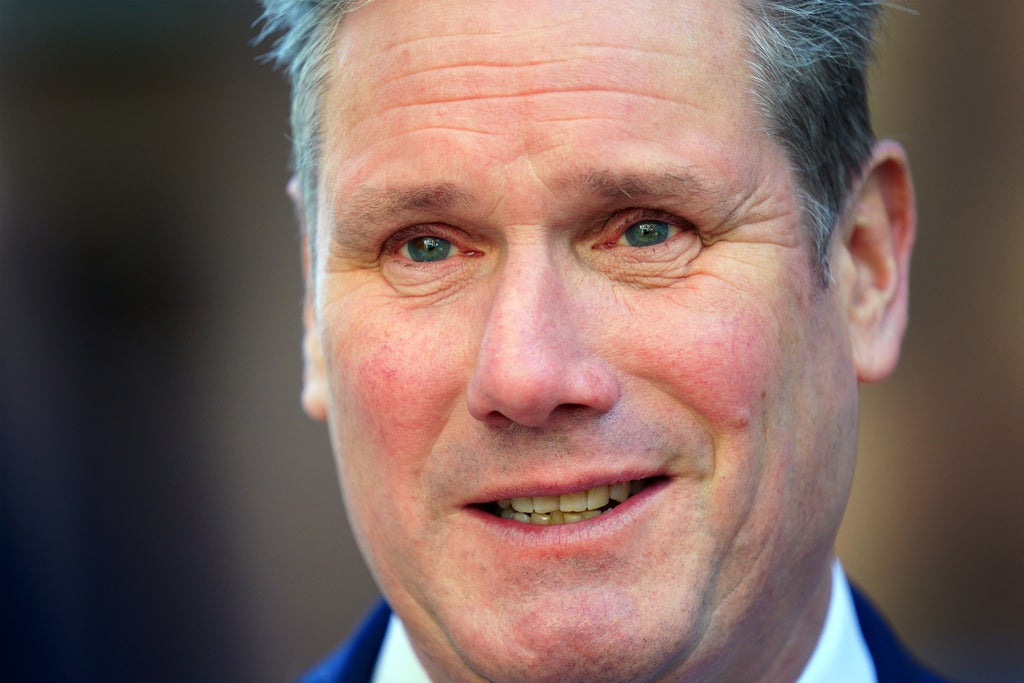 Sir Keir Starmer has sparked outrage by saying the UK can take advantage of the “opportunities” of Brexit during a visit to the north east of England.

Sir Keir also definitively ruled out the idea his party could campaign for Britain to re-join the EU in future – insisting that he wants to “make Brexit work”.

He told BBC Radio Newcastle on Monday: “We’ve exited the EU and we’re not going back. Let me very clear in the north east about that. There is no case for re-joining.”

Sir Keir told the station: “What I want to see now is not just Brexit done, in the sense that we’re technically out of the EU, I want to make it work.”

The Labor leader added: “I want to make sure we take advantage of the opportunities, and that we have a clear plan for Brexit. That’s what I’m working on.”

The SNP pounced on Sir Keir’s comments and claimed that they amounted to Labor “joining the Tories on Brexit”.

Anti-Brexit campaigner Mike Galsworthy said many had come to “ignore” Sir Keir’s position re-joining the EU. “But to say there exists no case for it, it is flat out false. There is of course a case for re-joining.”

Mr Rees-Mogg claimed at the weekend that the “big wins” of Brexit are “coming soon”, six years after the EU referendum took place. The cabinet minister said his new job was to be a “loud hailer” for any benefits.

The controversy comes as Sir Keir said it was up to Jeremy Corbyn whether he will ever stand for Labor again, following reports his predecessor is on the brink of deselection and replacement with a new candidate for Islington North.

“The whip has been withdrawn from Jeremy Corbyn because of his response to the antisemitism report. The next move is up to Jeremy, he remains off the whip.”

Sir Keir also said Mr Johnson’s visits to Scotland hinder the union, as the prime minister ventures north of the border on Monday.

“We do have a duty to make a strong case for union. That’s what I’ve been doing when I go to Scotland but this prime minister does not help that cause.”

It follows outrage over remarks made by a senior Tory peer, who suggested that Yorkshire is a “county of leftist whingers begging for handouts”.

Lord Moylan tweeted about a trip to the county after noting that the Yorkshire Post reported that the government’s leveling up plans “fail to deliver”.

“Everything I’ve read recently in the Yorkshire Post makes me fear I’m going to find it transformed into a county of leftist whingers begging for handouts,” he tweeted.

Tracy Brabin, the Labor major for West Yorkshire, responded: “I’ve no doubt people will be quite willing to share their opinions on his government’s failings with him during his visit.”