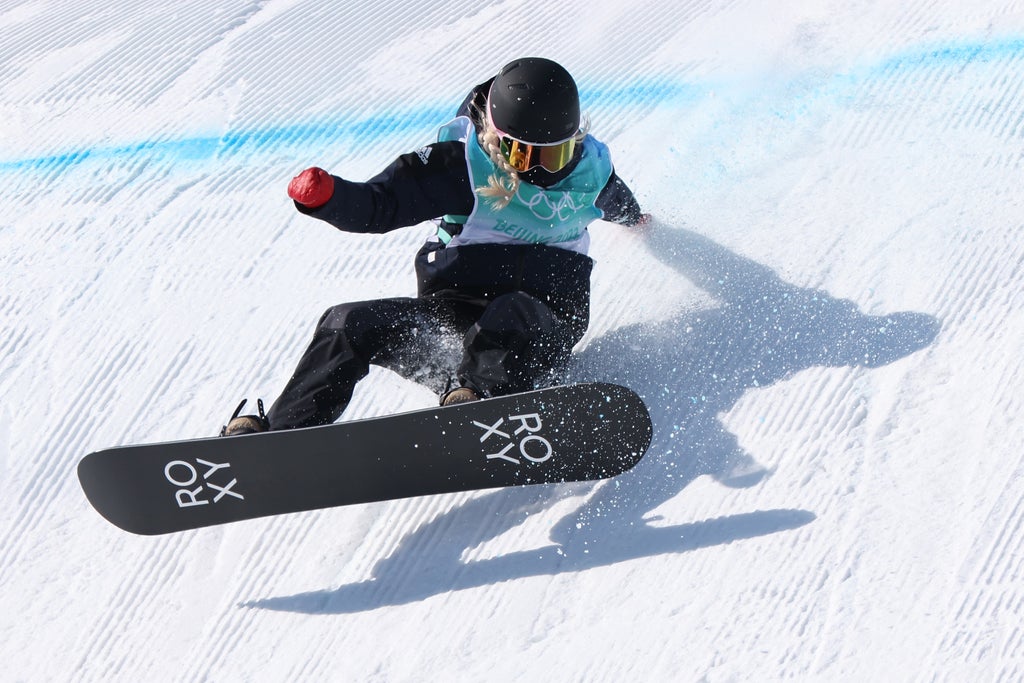 It seems there really is something about Katie Ormerod and the Olympics that don’t mix.

That horrific split heel denied Ormerod a debut in 2018 and four years later, circumstances at the Games once again conspired against her.

The 24-year-old fell on two of three jumps in big air qualification, finished 25th and failed to make the final for the second time having also missed out in slopestyle.

Ormerod simply couldn’t build up enough speed on the ramp at Shougang to either land basic tricks to qualify or attempt complex combinations to challenge for a medal.

“I don’t usually fall in big air,” bemoaned the Team GB star. “I knew I could do these tricks, these are the ones I usually do. I knew I needed the 900 to go into the finals but I struggled with it all week.

“I just couldn’t clear it very well, it’s been tough. When I first looked at (the ramp) I was so relieved, as it looked great. But then when I started training I was going as fast as I could and still struggling to get deep enough.

“At most big airs, you don’t have to worry about the in-run and the speed. I spoke to my coach and we did everything we could. I just wasn’t quick enough and it’s a shame.”

Aged 16, Ormerod shocked the planet by becoming the first female snowboarder in the world to land a double backflip.

She wanted to try a pair of 2.5 twists for the first time in big air here and was frustrated by the feeling that the global field had left her behind due to circumstances out of her control.

“Women’s snowboarding right now is so exciting to be a part of, it’s progressing every year,” said Ormerod.

“It’s exciting to be apart of that and I want to keep up with that and I have been doing. It takes a lot of hard work.

“That’s why I was gutted – I wanted to showcase that new trick here. But because of how the training days went, I couldn’t clear it and I’m a bit gutted about that.”

Ormerod judged the take-off perfectly on the first attempt but landed with a crunch on her heels and fell.

It was a painful reminder of the pitfalls of the 60-meter mega ramp and her plight at PyeongChang 2018.

You can’t judge anything Ormerod says or does without the framing of the physical and psychological impact of that injury.

“I’m a lot stronger than I even thought before coming here,” said Ormerod.

“I’ve overcome so many battles with injury and now come here and landing runs in big air and slopestyle.

Slopestyle is the discipline where Ormerod made her name and became the first British snowboarder to lift a Crystal Globe in 2020.

Expectations would ordinarily have been high in big air, too. She has won six World Cup medals in the discipline and reached the final at last year’s World Championships.

Ormerod will have to wait another four years to break her hex at the Olympics, which is anything but just another competition.

“We’re competing against the same “girls we always compete against – it’s just got the Olympic rings stamped all over it,” said Ormerod.

“It’s a shame that my results don’t reflect the kind of snowboarding I do. Just a few weeks ago, I came fourth against the same girls in slopestyle.

“I’m hoping that people will see the other results that I’ve got over the last four years and be proud of that as well.”