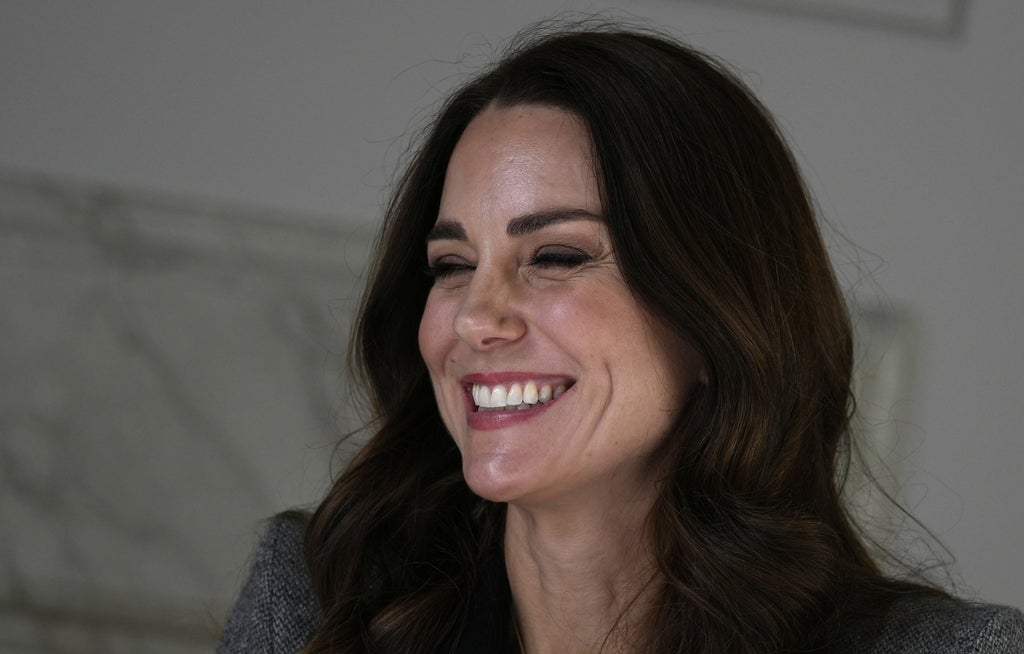 The Duchess of Cambridge heard about the poignant admission from a little girl who said “Princess’ don’t lie” after she was comforted by Denmark’s Crown Princess.

Crown Princess Mary sent a postcard to the little girl – as she does to all children whose mothers escape an abusive relationship and flee to a Copenhagen refuge – telling her she could talk about her experiences.

Kate was told the story when she joined Mary in a visit to the refuge, the Danner Crisis Centre, supported by the Mary Foundation, founded by the Danish royal in 2007.

The countess was born a commoner, Louise Rasmussen, to a single mother and went on to marry Frederik VII of Denmark. The building has been used as a domestic abuse shelter since 1980.

In a grand meeting room, Kate and Mary were shown comfort packs provided by the Mary’s charity, opening them up to find water bottles, cuddly toys, pencil cases and notebooks.

Lene Frisch Larsen, a child therapist at the centre, told the royal visitors: “It’s actually very important for the children to have their own stuff.”

Explaining that mothers and children often arrive at the center in the middle of the night, Mary told Kate: “It started as an idea to ensure that they had some practical things and some comforting things at the same time.

“But we soon realized that it had a much deeper effect than just to give them a toothbrush – it became a way to start a conversation.”

They were also shown a postcard from the Crown Princess to each child in which she tells them they can talk about their experiences.

Ms Larsen explained how one little girl was so excited to receive the note “from the real Crown Princess” she took it to school to show all her friends and told her mother she could tell everyone because “Princesses don’t lie.”

“You should tell my children!” joked Mary, who has four children with her husband from her Crown Prince Frederik: Prince Christian, 16, Princess Isabella, 14, and 11-year-old twins Prince Vincent and Princess Josephine.

Danner supports around 60 women a year in the crisis center and, under Danish law, all municipalities have to provide temporary shelter to women and children who are suffering from domestic violence.

The duchess heard how mothers coming to the shelter tell their children it’s a hotel where they are having a break.

Older children also receive diaries so they can write about their experiences. Ms Larsen said: “A lot of the mums say their child hasn’t seen anything.”

“But children notice,” said Kate, adding: “The older they are the more they can articulate and explain how they feel.

“Parents I’ve seen in addiction, their children are two or three who (they think) don’t notice it. But it’s because they don’t have a voice. But children feel relationships.”

Mary said there needs to be better understanding of the complexity of domestic abuse, saying: “We have this tendency to say, ‘Just leave,’ but it’s so much more complicated.”