The Duke and Duchess’ oldest child Prince George nearly had a completely different name – and according to an expert, it was one that Kate ‘had her heart set’ on for quite a while.

Prince George Alexander Louis of Cambridge was born on July 22, 2013, at St Mary’s Hospital in London, and is third in line to the throne after his dad, Prince William and granddad Prince Charles reports MyLondon.

Each aspect of the Prince’s name is a reference to members of the royal family before him. “George” is a direct tribute to his great-great-grandfather, King George VI (the Queen’s father).

The first of Prince George’s middle names, Alexander, pays tribute to the Queen, whose full name is Elizabeth Alexandra Mary.

He almost had a different name
(

It was also noted that Alexandra was one of Kate’s favorite names if she were to have a girl – although she ended up calling her daughter Charlotte Elizabeth Diana.

George’s third name, Louis, is the same middle name as his dad, Prince William, whose full name is William Arthur Philip Louis. It is also likely that the name was given to honor Lord Louis Mountbatten, Prince Philip’s uncle who was murdered by the IRA in 1979.

But the Prince wasn’t originally going to be called George, but Alexander instead.

According to royal expert Katie Nicholl, The Duchess of Cambridge had her “heart set on” the name Alexander, though the couple had not decided for sure.

Nicholl said: “Courtiers insisted the pair had not found out the sex of their unborn baby, and friends close to the couple claim William wanted a surprise.

“Although Kate apparently suspected it was a boy and had set her heart on the name Alexander, they had not yet decided what to call their firstborn.”

For reasons that are not known, they changed their minds and settled on George instead, and Alexander was given as his middle name.

Nicholl added that during her pregnancy the Duchess would often refer to her bump as ‘our little grape,’ and that she did have a hunch she was carrying a boy because he kicked so much.

“When I saw William a few weeks before the birth he said they didn’t know [the baby’s sex] and didn’t want to find out” a friend of the couple is quoted as saying.

“He said there are so few surprises in life—this was one he wanted to keep.

“Kate said she thought it was a boy because the baby kicked so much.”

It has also been reported that Prince William and Kate’s beloved dog Lupo was a big part in choosing Prince George’s name.

According to The Times, they reportedly wrote all the possible names on pieces of paper, put them on the floor of their home, and let Lupo in to see which piece of paper he went over to – and it is thought he picked George.

Lupo sadly passed away in November 2020, with the Duke and Duchess sharing the news on their Instagram account.

They said: “Very sadly last weekend our dear dog, Lupo, passed away. He has been at the heart of our family for the past nine years and we will miss him so much. – W & C”

Have you got a story to share? We want to hear all about it. Email us at [email protected] 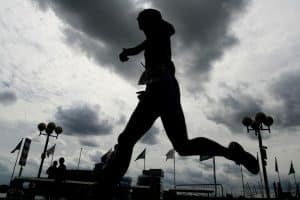 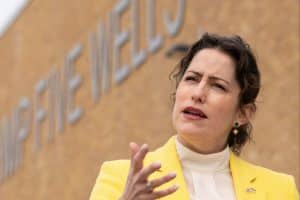