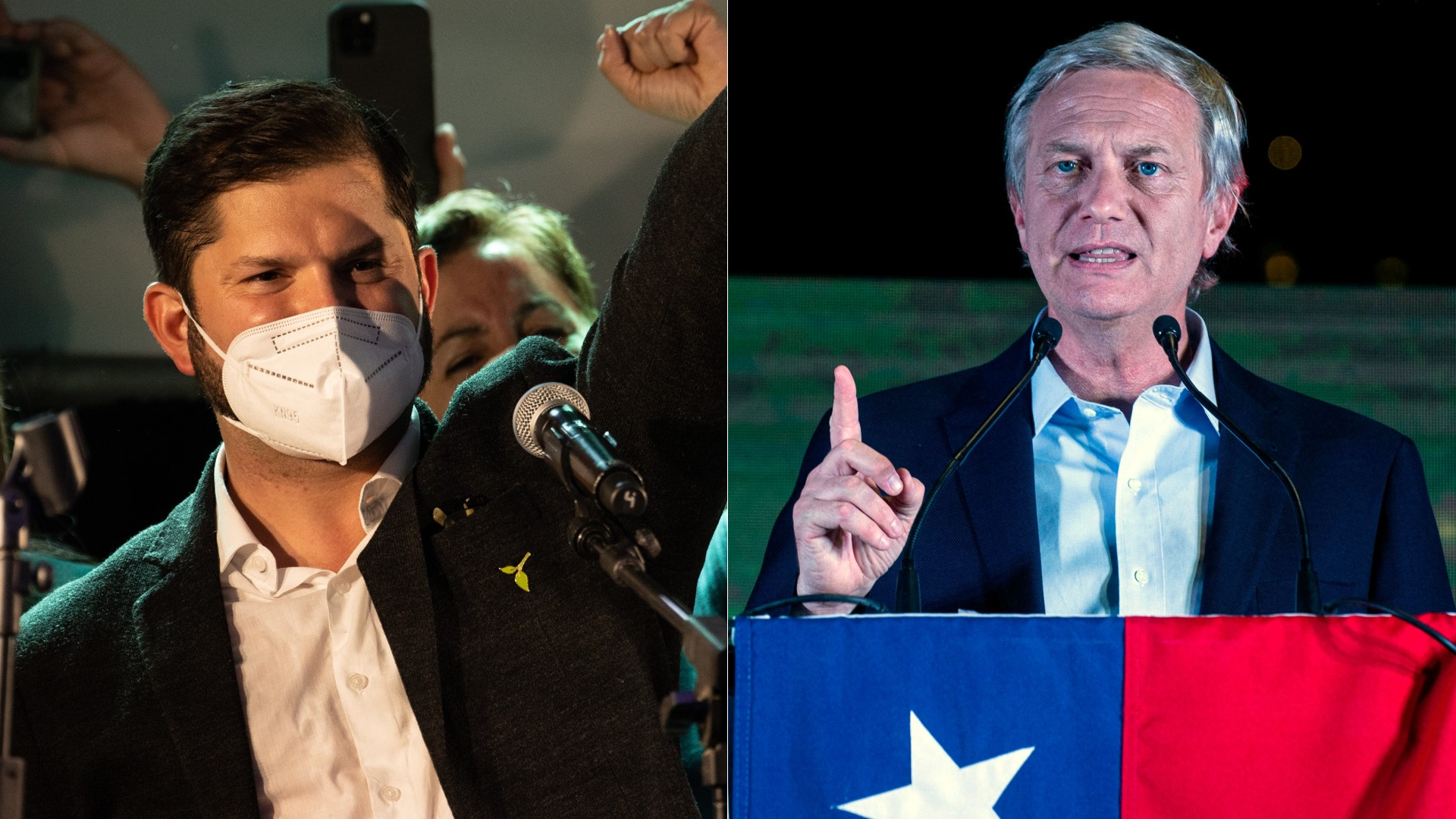 The far-right José Antonio Kast and the left-wing deputy Gabriel Boric They will contest the Presidency of Chile in the second round of next December 19 after obtaining 28.30% and 25.07% of the votes, respectively, according to 71.45% of the counted tables.

It is the first time since the return to democracy in 1990 that the traditional center-left and center-right parties did not go into the second round.

Both have very different programs, which will force Chileans to choose between the most leftist government since Salvador Allende (1970-1973) the the most right-wing since the dictatorship of Augusto Pinochet (1973-1990).

Chile faces the most uncertain elections in 30 years

Boric, a 35-year-old MP and former student leader who defines himself as an ecologist, feminist and regionalist, wants to expand the role of the state towards a welfare model similar to that of Europe.

For its part, closet, a 55-year-old Catholic lawyer, seeks to reduce the role of the state, lower taxes, tackle irregular migration with a heavy hand and ban gay marriage and all forms of abortion.

Boric prevails in the capital with more than 31% of the votes and with a difference of almost seven points over Kast, although there are still more tables to be scrutinized than in the rest of the country.

The Socialist Party will support Boric

Another of the surprises of the day has been the controversial libertarian economist Franco Parisi, who resides in the United States and has not even traveled to Chile for the elections and, according to the last count, accumulates 13.31% of the votes.

Parisi thus displaces the card of the center-left, the Christian Democrat, to fourth place. Yasna Provoste (12.26%), and pushes the official and former minister to fifth position Sebastian Sichel (12,08 %).

“The center-left will not be in the second round and that is painful for a political project like ours that has always thought about how to have an alternative to a neoliberal model,” said Provoste, who has left his support for Boric in the air in the ballot.

Who has announced it has been the Socialist Party, his coalition partner in the old Concertación. “We call on Chileans not to belittle the threat posed by an option of the extreme right as a possible President in our country,” said its president, Álvaro Elizalde.

Much further back and with less than 8% of the votes, the progressive remains Marco Enríquez-Ominami and Eduardo Artés, from the radical left.

The person who finally presides over the country and in March 2022 will take over from Piñera will have to work together with a Congress that will be defined today and where a very heterogeneous composition is visualized, according to preliminary results.

The present elections are considered one of the most transcendental in the recent history of Chile due to the responsibility that the new president will assume to accompany the constituent process opened as a result of the social outbreak, which can change the institutional framework and engender a new country model.

Piñera asks for “moderation” for the second round

The president of Chile, the conservative Sebastian Piñera, has called for “moderation” and “non-polarization” in the second round of the elections.

“I want to ask you from the bottom of your soul that seek the paths of peace and non-violence, of unity and not division (…) of responsibility and not of populism, of moderation and not of polarization, “said the president from the Palacio de la Moneda, the seat of government.

For his part, Kast has affirmed that the country “deserves peace and freedom.” “We are going to work for recover order, work and progress (…) We are going to free ourselves from corruption, drug trafficking and terrorism, “said the candidate at the headquarters of his command in Santiago.