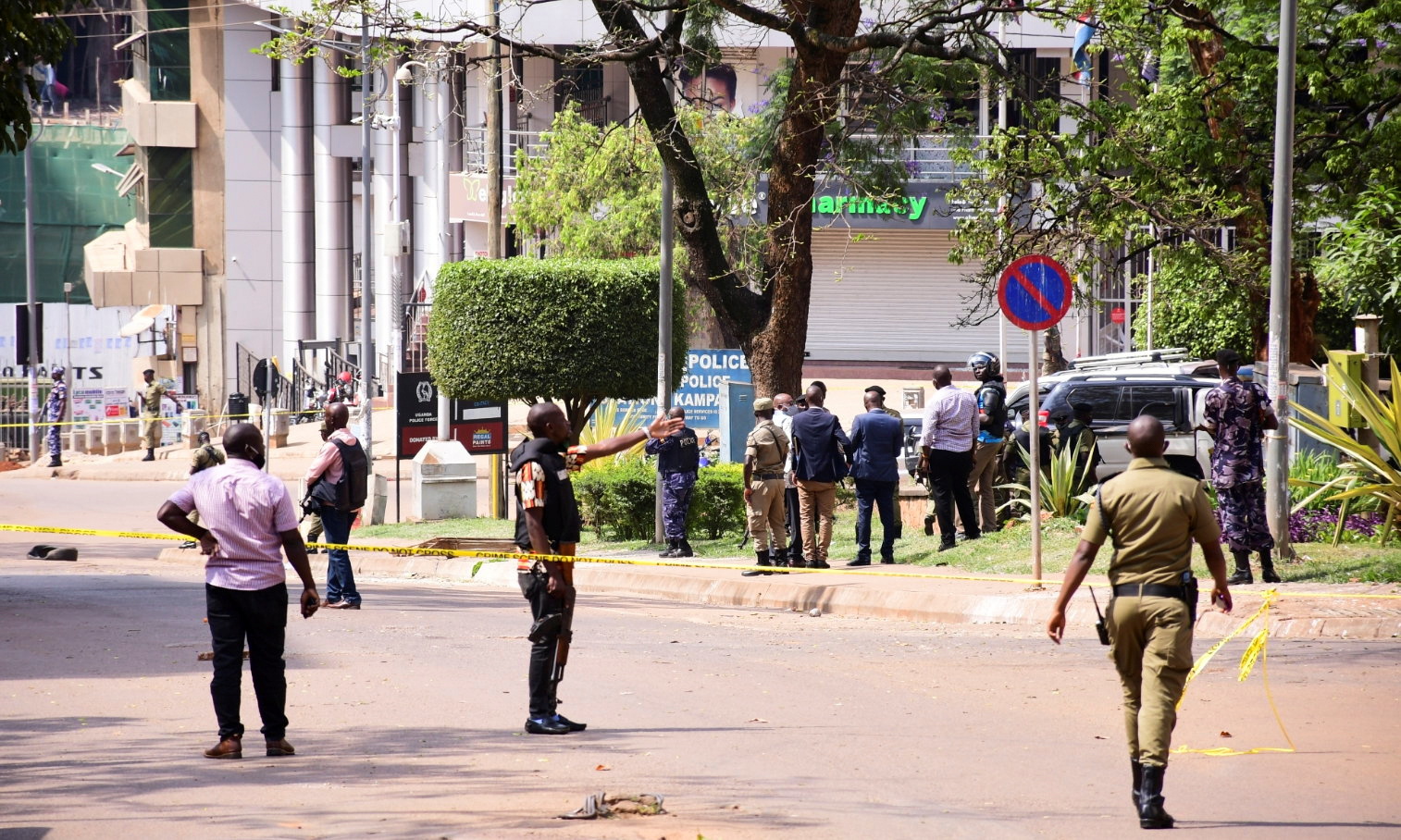 Three people were killed Tuesday in suicide bombings by three terrorists in Kampala, the Ugandan capital. Among the victims, at least two are policemen. The attacks injured at least 33 people. The suicide attacks were committed practically simultaneously in front of the respective seats of Parliament in Kampala and the central police station of the Ugandan capital, according to the police spokesman of that African country, Fred Enanga. The terrorist organization Islamic State (ISIS) has assumed responsibility for these attacks through the Telegram account of Amaq, one of its propaganda agencies.

The three explosions were separated by a few minutes. The first occurred at 10:00 am when a suicide bomber detonated the bomb he carried in a backpack on his back near a checkpoint at the city’s central police station, killing two policemen. Shortly after, the second attack caused the death of another person when two other terrorists, who were traveling on a motorcycle, blew themselves up in the vicinity of the Ugandan parliament, which had to be evicted.

“There was a roar like the firing of a large gun. The ground shook, my ears were almost deafened, “Peter Olupot, 28, a security guard at a bank whose headquarters is near parliament, told Reuters news agency. “I saw a burning vehicle and everyone running in a panic. This witness was also able to see “a man in a wedding wedding [motocicleta], with his head shattered ”.

The antiterrorist police of the African country later captured another alleged terrorist, who was injured during the arrest and in whose house what could be an explosive device was found, spokesman Enanga explained. The Ugandan president, Yoweri Museveni, in turn confirmed the attack through his account on the social network Twitter. In his tweets, the head of state defined the terrorists as “pigs” and explained that the alleged attacker arrested “died later” but not before offering “very good information.”

To the Ugandans, especially the Bazzukulu.

Today at 10:00hours, some pigs (in reality manipulated and confused Bazzukulu), apparently, blew themselves up, one near the IGG office and the other near CPS.

Of the 33 people -36 according to President Museveni- who were injured in the attacks, five are in critical condition, according to the Ugandan police spokesman.

Enanga indicated that the Ugandan espionage services have data pointing to the authorship of “internal terrorist groups linked to the ADF.” The acronym ADF stands for Allied Democratic Forces, a group of Ugandan origin but which has been operating from the neighboring Democratic Republic of the Congo for more than two decades, where the deaths of thousands of civilians are attributed to it. In 2019, Musa Baluku, the leader of the ADF, swore allegiance to the Islamic State and claimed that his group no longer existed as it was henceforth the “Islamic State in Central Africa”.

On March 10, 2021, the United States included the ADF on its list of terrorist organizations linked to the Islamic State. However, the extent of that relationship remains unknown despite evidence confirming that the Allied Democratic Forces are in contact with ISIS, whose rhetoric and symbols have been assumed by the Ugandan organization. In addition, ISIS propaganda media disseminate photos and videos of the ADF attacks that appear to have been provided directly by the African terrorist group. Despite this, the existence of hierarchical ties between the two organizations has not yet been proven. In December 2020, the UN Group of Experts report on Congo stated that it had no data on “direct links” between the two.

Tuesday’s coordinated attack is the sixth of its kind in Uganda since October 23, when two men blew up a device in a popular bar north of the capital, killing a waitress. Days later, the Islamic State assumed this attack by reporting that what it defined as a “security detachment” in the “Central African Province” had bombed a restaurant. The police linked this attack to the ADF. Already in November, another suicide bomber blew himself up on a bus, also near Kampala, causing no deaths other than his own.