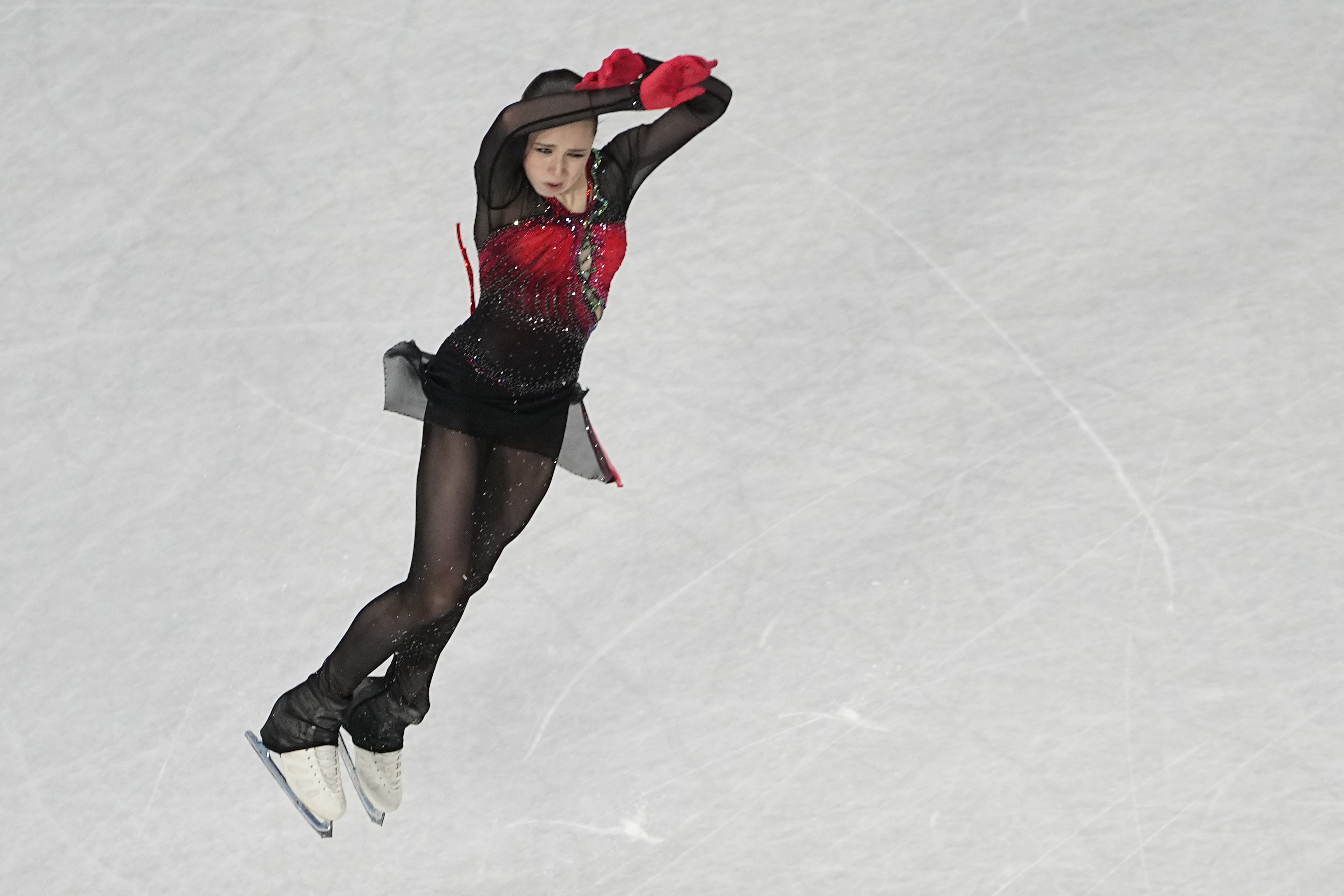 In Beijing, on Monday, the International Olympic Committee (IOC) publishes a press release revealing that Peng Shuai and the president of the Olympic body, Thomas Bach, had a private dinner on Saturday. The statement assures that the tennis player moves freely around Beijing, that she attends various Olympic competitions and that she enjoyed watching a curling match, a China-Norway, but at no time does it refer to the long absence from the public view of the player who He accused a high-ranking Chinese Communist Party leader of sexual assault, nor does he mention those facts and does not even confirm that the IOC can pressure the authorities to carry out an investigation of the accusations.

There is talk of many women on the third day of the Winter Olympics. Some, like the snow queen, the North American Mikaela Shiffrin, are spoken of with sadness, because the skier fell in the first heat of the giant and the aspirations of the North American, the great dominator of world skiing, to win vanished. a third alpine skiing Olympic title in his third consecutive Games. The statistics quickly underlined the uniqueness of Shiffrin’s error on the Yanqing track: In the 229 World Cup or Olympic events she has contested, the Vail, Colo., native has only gone off a track 14 times, and only three times. times in the last four years. But since Shiffrin is good for everything, and she still has to compete, downhill, Super G and slalom (her favorite test of hers), nobody doubts that she will drop the third gold. In the giant, she won the Swedish Sara Hector ahead of the Italian Federica Brignone and the Swiss Lara Gut. The Spanish Núria Pau crashed in the second round after finishing the 40th in the first.

There is also talk, and more than any other, and the next two weeks will continue to talk about Kamila Valieva, a 15-year-old Russian great-great from Kazan, who leads the Russian revolution in women’s figure skating and her entire army of improved replicants. And in Beijing the biographies of Sonja Henie, the Norwegian legend, luminous and dark, who symbolized figure skating in the 30s with three consecutive gold medals, the first in Saint Moritz 28, at the age of 15 Valieva, are sold out. Henie, the daughter of a fur trader who owned the first car to drive in Oslo, eventually embraced Nazism and was a Hollywood star, and Valieva, who led Russia to victory over the United States in the team skating competition, her first gold , has started out doing things no other woman has ever done before on an Olympic ice ring, like attempting three quad jumps (and nailing two, a sausagethe one who jumps from the edge of the skates, and a Toewhich jumps toes, linked with a triple), in addition to several triples axel (the jump that starts from the front with half a turn more).

And it does so with such graceful weightlessness, and it’s not false, that without the slightest apparent effort, without any gestural abruptness, it rises and floats and spins and it seems that it will never fall, and when it falls it settles softly, like a flower petal, without noise, and conceals the violence of a crash in which the force of gravity multiplies its scant 40 kilos by six or seven. And the habanera from Ravel’s Bolero sounds strong, like three or four years ago the mystical music of the Estonian Arvo Pärt sounded on her program, and she danced like the girl danced on the ball in Picasso’s oil painting, and a granddaughter of the painter was moved , and invited her to meet, and that was art too.

Valieva, recently European champion in a tournament in which she achieved the highest score ever achieved, is not the only one on the Russian women’s team to multiply quadruple jumps, although she was the first to have had the opportunity to make them Olympic and she is the best technically, so in the short program of the individual contest she will already have enough advantage to prevail over her rivals-partners. And all of them are trained at the Sambo 70 Moscow school by the best trainer in the world, or so they sing in skating circles, by the Georgian-Russian-Armenian Eteri Tutberidze, who also trained in San Antonio (Texas) and maintain among his pupils, including his daughter, the dance specialist Diana Davis, such a level of competitiveness that to those whose body, subjected to technical training and extremely hard jumps since they were 12 years old, does not tell them enough, the soul tells them, as tells one of its last champions, Evgenia Medvedeva, world champion in 2016, at age 15, and 2017, and Olympic runner-up in Pyeongchang 18, who retired before turning 20.

And then, in the bins are Henie’s biographies… Her long competitive life doesn’t seem like it can be replicated even by such a barbaric talent as Kamila Valieva.