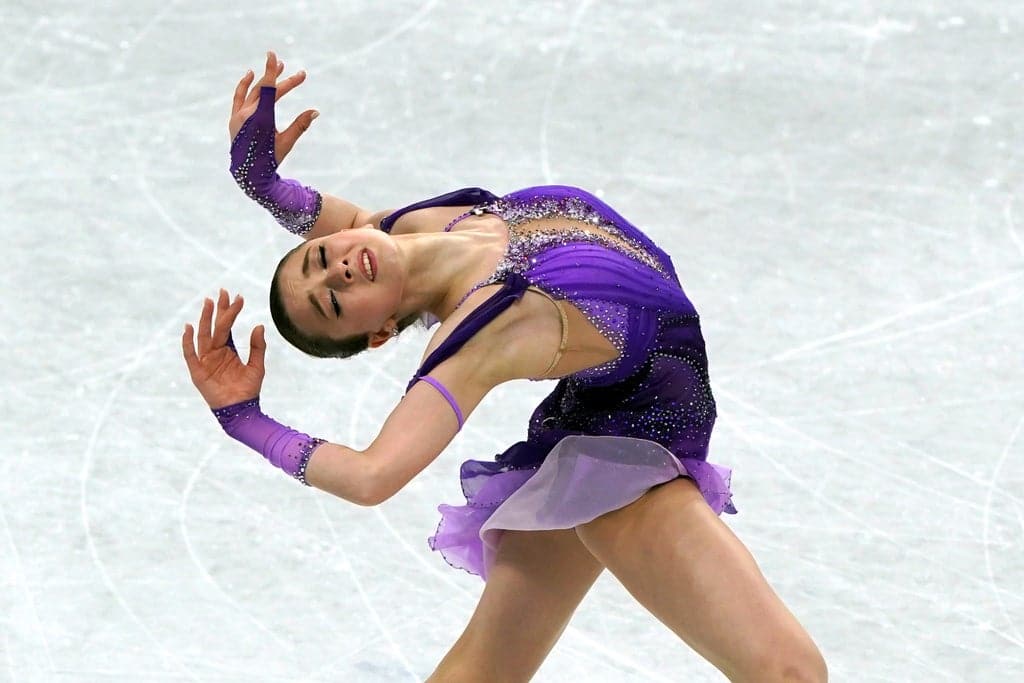 Thirty-seven days after her dramatic fall from grace at the Winter Olympics, Kamila Valieva will return to competition in Saransk this weekend with no apparent conclusion to the doping case that blinded the Beijing Games in sight.

The 15-year-old Russian figure skater is set to compete in the Channel One Cup, a Russian-only event contrived to clash with the World Championships, which start on Wednesday in Montpellier, and from which all Russian skaters are banned due to sanctions imposed following Russia’s invasion of Ukraine.

Reports in Russia this week have intimated that the Russian Anti-Doping Agency (RUSADA) intends to use all of its allotted six month time-frame from the date of the notification of Valieva’s alleged offense to reach a decision over a prospective sanction – meaning the ruling will be delayed until August at the earliest.

An asterisk remains attached to the result of the Olympic team competition, which was won by a Russian team including Valieva, and for which the medals are yet to be awarded, despite a failed appeal to the Court of Arbitration for Sport by the current silver medalists , the United States.

Valieva had been cleared to continue to compete in Beijing despite confirmation of a positive test for a banned heart medication after CAS upheld RUSADA’s decision to lift her automatic suspension, effectively on the grounds of welfare concerns due to her age.

Valieva, whose team have blamed accidental contamination from her grandfather’s heart medication, fell multiple times during her free skate, surrendering the first place she held after a near-flawless short programme, and eventually finishing fourth.

On a night of extraordinary drama at the Capital Indoor Arena, Valieva was seemingly pilloried by her controversial coach Eteri Tutberidze upon leaving the ice, prompting criticism from International Olympic Committee president Thomas Bach, who said he was “very, very disturbed” by her response .

Valieva returned to Russia where she continued to train with Tutberidze. Footage posted by the now-retired former Olympic silver medalist Evgenia Medvedeva, another former Tutberidze pupil, on her Telegram channel this week shows Valieva effortlessly landing a difficult quadruple salchow.

But Alexandra Trusova, who had to settle for the silver medal in Beijing despite landing five quad-jumps and subsequently threatened to “never go on the ice again” in a tear-filled post-event rant, has withdrawn from the event amid continued speculation over her competitive future.

The absence of the Russians is far from the only issue affecting the World Championships. Men’s gold medalist Nathan Chen and Japanese superstar Yuzuru Hanyu have withdrawn due to injury, and Chinese skaters, including pairs champions Sui Wenjing and Han Cong, will also be absent.

Japan’s Kaori Sakamoto, winner of the bronze medal in Beijing, will be favorite for the women’s event, while the men’s competition could cap a timely redemption for Vincent Zhou, who was forced to miss the event in Beijing after contracting Covid-19.

Inevitably, the validity of Montpellier has been dismissed in Russia, with Russian Figure Skating Union president Alexander Gorshkov tacitly admitting the Channel One Cup was contrived to overshadow the event from which its skaters have been barred.

“The Channel One Cup will be held in Saransk in the same week as the World Championships,” Gorshkov, himself a former Olympic champion, announced late last month. “Is it accidental or not? That is up to you to decide.”