Skip to content
Home News Kai Havertz put Chelsea on top of the world – now can they stay there? 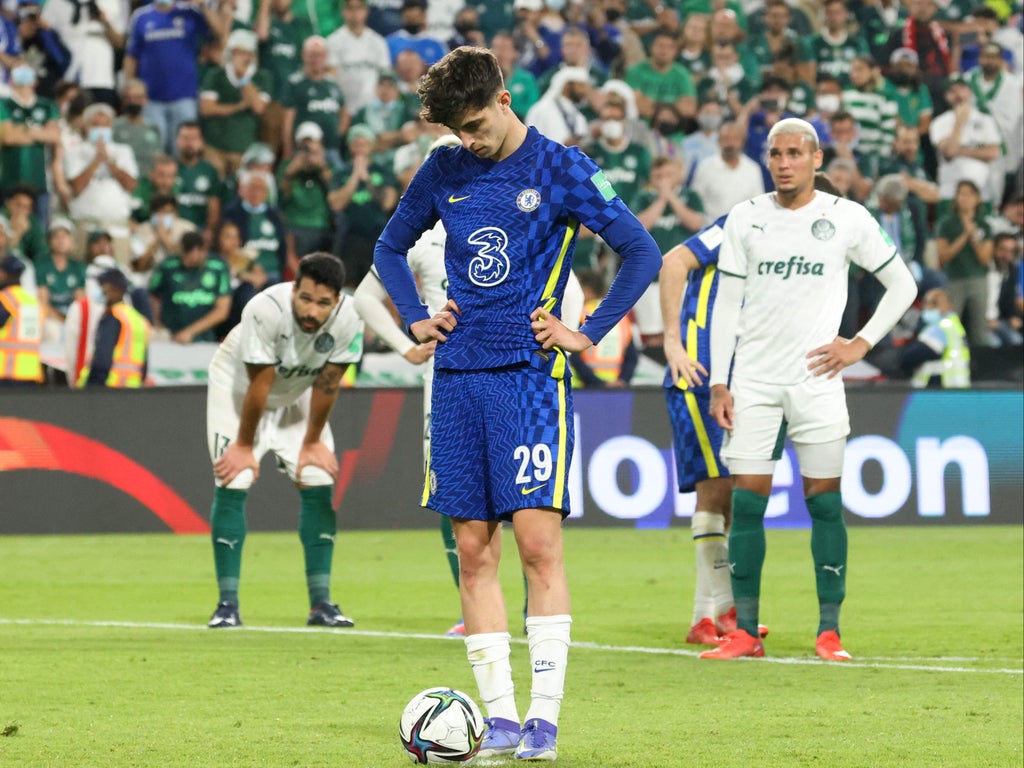 When the moment came, there was only one man Chelsea were putting forward. Jorginho was off the pitch so Kai Havertz was on the spot. All the statistical analysis suggested he was the best man for the job and so did his demeanour.

Havertz even stayed ultra-focused as a little piece of pantomime played out in front of him. With Chelsea knowing that the Palmeiras players would do anything to put them off, Cesar Azpilicueta initially took the ball so they would try to distract him. It undeniably helped Havertz, but you got the sense he didn’t need it. He still did what he was always going to do and put the ball in exactly the corner he wanted in exactly the way he wanted.

It was the sort of thing German internationals used to make their staple, part of the country’s legend. Havertz has now only burned Chelsea’s legend, and his own place within it. It is really quite a record. The forward has scored one of the most important goals in the club’s history, in delivering that second Champions League in May, and now ensured they have won the Club World Cup for the first time. That “completes the set”, as they are saying.

And yet one of the ironies is that the discussion about Havertz himself is far from complete. It sums it up that his place in Chelsea’s history is secure, but his place in the team is n’t. It still feels like the club do not really know what his best position is.

There were at least some suggestions of what might be in the future throughout this tournament. Havertz was often playing off Romelu Lukaku, and there were flickers where you could see that might be much more productive. It is going to take a fair bit more time, though, and a lot more understanding.

Tuchel and the Chelsea staff believe that one of the problems with this season is that their attackers just haven’t had enough time together to form connections. It’s been too stop-start, and too staggered. Too many players have been off form or fitness at different times.

Along the same lines, Havertz is obviously a top-class player – and perhaps the best attacker Chelsea have – but we have only really seen glimpses of it. It obviously greatly aids his career that those glimpses have come in the most high-profile games, but there is almost the sense that he has only done it in the biggest games, as counter-intuitive as that sounds.

Some of it also reflects something else about Chelsea, that was again apparent in this game. They are top of the world but very far off top form. They still look sluggish and disconnected. This match only really offered moments rather than concerted convincing play.

It was also another game where it was impossible not to think that, for all their talent, they lack attacking players that are really at the absolute peak of their game.

It is something some of the staff have even reflected on in private. “We don’t have a Mo Salah, and we don’t have a Kevin De Bruyne”, one said, which genuinely brought a response from another: “Thanks, Jose!”

Mourinho let two of the best players in the Premier League go.

This isn’t to dismiss Lukaku who obviously has the potential to be at that level. It’s just his own staggered introduction of him at Chelsea has disrupted that. Club staff believe he needs to be fully fit, and fully in-tune to really see the best of him. That may take time.

But then it’s also a matter of time for a lot of their other players. It feels like all of Timo Werner, Christian Pulisic, Hakim Ziyech and even Havertz have the necessary talent but have stuttered in exhibiting it. None are close to that eight-out-of-10 level that really makes the difference over the course of a league season.

There can’t be too many complaints about Havertz, though. He’s made the difference in some of the biggest moments of the club’s history. That’s why you can rely on him.