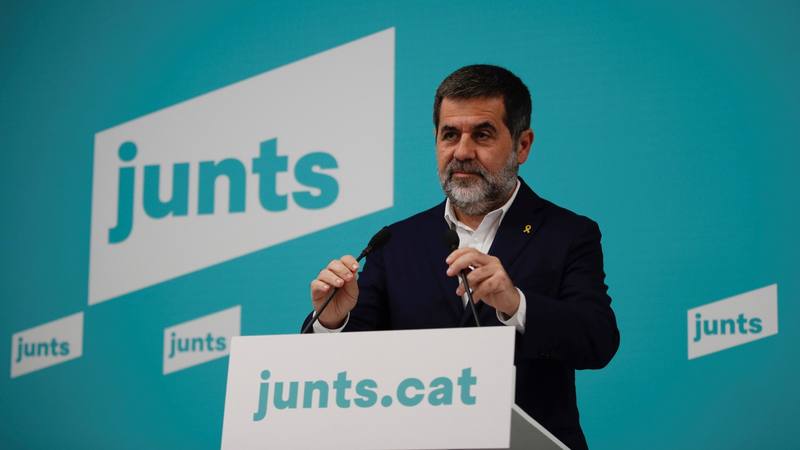 JxCat has sued before the Supreme Court against the leader of the PP, Pablo Casado, who is asked to be investigated for slander, insults and inciting hatred against Catalan teachers and sovereignist parties with “hoaxes” that “dehumanize” them and present them as “ruthless monsters.”

In his complaint, filed before the second chamber of the high court, JxCat denounces that Casado has used fake news, as when asking if it could be tolerated that there are teachers “with instructions not to let children go to the bathroom because they speak Spanish”, which they see as a “true delusion, typical of those who only intend to promote hatred against other political formations and towards certain teachers “.

For this reason, Junts asks the second chamber of the Supreme Court to admit his complaint and cite Casado as being investigated by the crimes of libel, libel and incitement to hatred, since he believes that his statements seek to “undermine the honor” of the parties of the Govern and the CUP and the teachers to “intoxicate” public opinion with “lies” to promote hatred, “dehumanize” certain groups and obtain “political profits.”

In an act of his party in Galicia, Casado charged this Friday against the Prime Minister, Pedro Sánchez, for “allowing” the “pointing” of a 5-year-old boy in Canet de Mar (Barcelona) whose family managed to force justice to the center to teach 25% of the classes in Spanish.

See also  Celtic progression: Ange Postecoglou, the importance of trust, banner revenge on cards, shrewd signings but it's not done yet

According to Junts, Casado committed an act of “incitement to hatred”

According to Junts, with his “falsehoods”, Casado committed an act of “incitement to hatred and hostility” against the teachers of the Catalan public system and against the public officials who direct it, “falsely” attributing to them the commission of “intolerable conduct” with the “sole objective” of “dehumanizing” them and presenting them as “ruthless monsters” to public opinion.

The complaint maintains that Junts, neither as a party nor as part of the Govern, nor through his public office, has he “promoted, instigated or tolerated” the conduct denounced by Casado, which is an “intolerable lie, a crude fable devised with the intention of undermine the honorability of the party and its public offices and to promote hatred against them and against all teachers who practice their profession in Catalan schools “.

“The consequences of this type of behavior are obvious: they have already occurred various graffiti with insults and fascist symbols against teachers and parents of the Canet de Mar school, in the same way that there were also in his day against the teachers of the Institut El Palau de Sant Andreu de la Barca (who were denounced for pointing out students who are the children of Civil Guard agents after the 1- O) “, says the complaint.

In his letter, Junts clarifies that, despite their “radical discrepancy” against the judicial decisions that impose 25% of classes in Spanish, they have not promoted any action that could “remotely” affect the tranquility of the Canet family who requested it. .