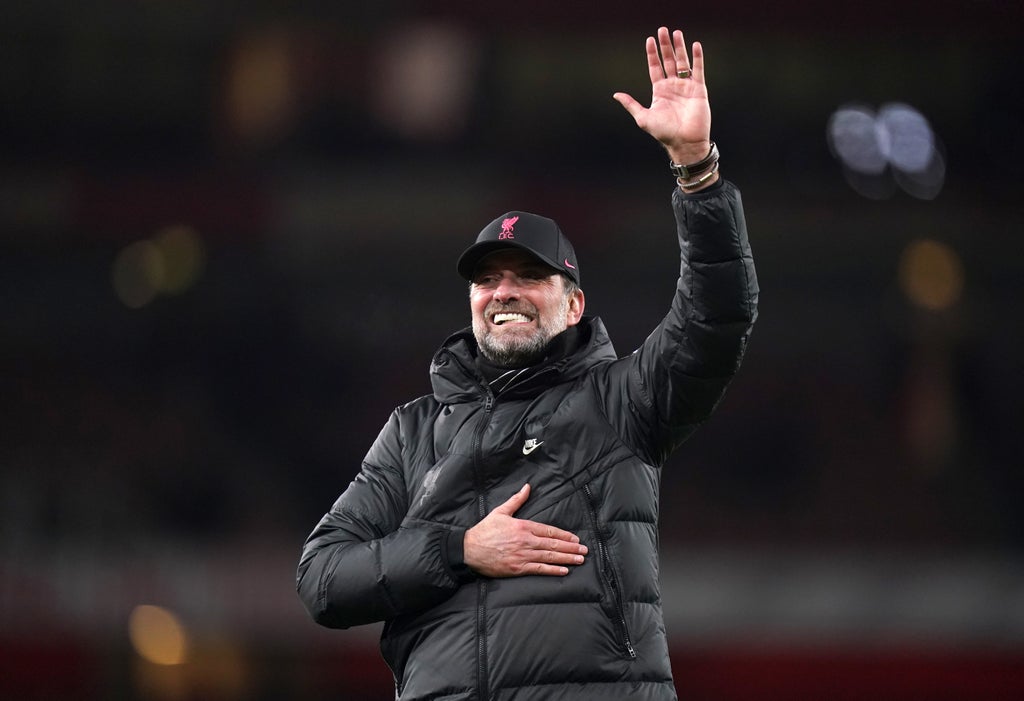 Liverpool manager Jurgen Klopp believes the only secret to their envied success in the transfer market is timing but insists there are “no real bargains” in his squad.

That notion could arguably be contested when Mohamed Salah’s goalscoring record – 148 goals in 229 appearances for the club – is held up against the £37million fee paid to Roma in 2017.

But the Reds boss’ assertion is correct in so much as they have spent big sums on Virgil van Dijk and Alisson Becker whose £75m and £65m fees respectively were at the time world records for a defender and goalkeeper.

The £37.5m acquisition of Luis Diaz from Porto last month looks, on his first two appearances, to have been a shrewd one.

“There is no key I don’t think, apart from having some smart people in the right positions – but I am pretty sure other teams have that as well,” he said.

“So the boys we brought in, there were no real bargains. It was not that Ali was not expensive.

“OK, I think today everyone would say ‘yes, that is the least price I would pay for him if I’d known how good he is,’ but that is similar to Virgil, then we have brought Fabinho in, Naby Keita, Sadio, Mo…so many players.

“There is no secret here but our situation at this club is that our transfers have to hit the ground (running) because we can’t make a £40m or £50m signing and say that if they are not playing then that is not important .

“That can always happen of course with injuries and stuff like this, but it should not happen very often because it’s not that we say in Germany that we ‘swim in money’.

“It’s a wealthy club, there are no problems here but the policy is clear; we spend what we earn. If we earn more, we can spend more and if we earn less, we spend less.

“The club have had some incredible free transfers with (James) Milner and (Joel) Matip.

“We brought in some real talents like (Andy) Robertson and we’ve had our own boys who were already here before I got here and it is just a mix of everything.”

While Diaz has impressed in his early appearances, he will need to show the sort of progress displayed by Diogo Jota if he is to establish himself as a regular starter.

Jota, who arrived in a surprise move from Wolves in September 2020 for £41m, faced trying to displace one of the front three of Salah, Roberto Firmino and Sadio Mane.

This season he has proven he is more than worthy of inclusion with his two goals in Thursday’s victory over Leicester taking his tally to 30 in 60 matches, a return which few would have anticipated as Liverpool were not challenged for his signature.

“It’s about timing as well,” added Klopp of how successful their signings have been.

“I am 100 per cent sure that a year later Diogo Jota would have had offers from other top clubs, that is how it is.

“It is similar to Mo: if he had played another season at Roma in the same manner then there probably would have been other clubs in for him as well.

“We were lucky when we were looking for a winger the first time that we found Sadio Mane at Southampton.”