We all have a Pep Guardiola teamsheet that has provoked a particularly eyebrow-raising reaction, but his first Manchester City Premier League game against Sunderland in 2016 still stands out.

Aside from the fact that Aleksandar Kolarov was starting at centre-back, Guardiola had gone for Kevin De Bruyne and David Silva in midfield, and a front three.

The conventional wisdom was that you couldn’t do that in the Premier League, where variations on 4-2-3-1 had held sway for the previous decade. Fernandinho would be overwhelmed as the lone holding midfielder.

Of course, we now know Guardiola made this the new normal, certainly as far as City are concerned. If anything, it can look even more attacking now, with the two number eights frequently joining the front three to form a packed forward line.

More than two decades before Guardiola arrived, a talent-stacked front five also lined up in a Manchester City home game to the grumblings of conventional wisdom. It proved to be something of an outlier but also produced one of the most memorable games of the late Maine Road era.

The 1994 World Cup in the United States fueled the Premier League’s first significant influx of prime overseas talent and Tottenham chairman Alan Sugar could not get enough of telling star names “you’re hired”.

Romania were a surprise package of the tournament, knocking out Argentina en route to the quarter-finals and two of their standouts – Ilie Dumitrescu and Gheorghe Popescu – arrived at White Hart Lane alongside Germany superstar Jurgen Klinsmann.

Popescu, a classy deep-lying playmaker, was handed what looked like a pretty thankless task by manager Ossie Ardiles as the sole specialist midfielder behind a fantasy football forward line of Dumitrescu, Klinsmann and England trio Nicky Barmby, Darren Anderton and Teddy Sheringham.

See also  Covid: BA.2, a new version of the omicron that is even more contagious but not more serious, according to preliminary data | Science

City had just come out of a period of boardroom turmoil, with Francis Lee’s bitter struggle to replace Peter Swales as chairman, and were dealing more prosaically in the transfer market.

Nevertheless, the addition of right-winger Nicky Summerbee to Paul Walsh, Uwe Rosler and Peter Beagrie – a trio manager Brian Horton bundled in before the March deadline to stave off relegation fears the previous season – meant there was also a swashbuckling quality to how the Blues were operating.

Walsh was inspired, playing with a point to prove against his former club, and pounced in the 15th minute to sweep home left-footed after Sol Campbell failed to deal with Steve Lomas’ hopeful cross.

Spurs leveled before the half-hour as life imitated art for Klinsmann. The striker had been lumbered with a reputation as a diver – something he brilliantly mocked with a belly-sliding goal celebration on his English football debut at Sheffield Wednesday.

There was no need for theatrics here, however as City goalkeeper Andy Dibble clattered into Klinsmann after a wonderful reverse pass from Sheringham. Dumitrescu converted from the spot. 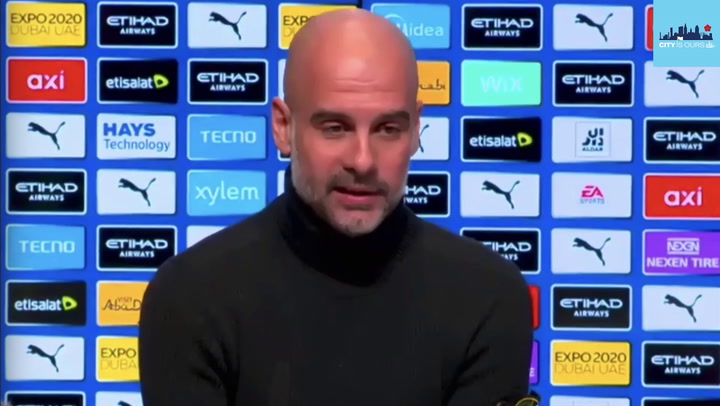 The hosts opened up a two-goal advantage in a frantic period just before half-time, with the more conventional threat of their wing-play to the fore. Niall Quinn stooped to head home on the rebound after Ian Walker denied Walsh from Summerbee’s cross.

Beagrie then launched into a scampering dribble and slipped in Quinn down the left channel, with the towering Irishman turning provider for Walsh to prod in an improvised finish.

Tottenham’s firepower meant they were never truly out of the game and Dumitrescu had his second in the first minute of the second half via a Klinsmann backheel and a deflection off Keith Curle.

It then became the Walsh and Beegrie show. The diminutive forward did not get his hat-trick but a driving 52nd-minute dribble after Quinn picked Popescu’s pocket allowed Beagrie to unceremoniously skin David Kerslake and cross for Lomas to power in a close-range header.

Campbell’s decorated career with England and Arsenal was impossible to envisage as Walsh tormented him en route to setting up Gary Flitcroft for number five – like Lomas he appeared to have decided to that if Spurs weren’t going to both putting anyone in central midfield then he had no particular reason to hang around there either.

The end was nigh for Ardiles and a week later, despite a 3-1 win against West Ham, Sugar gave his future Apprentice catchphrase an airing.

Ardiles’ experiment came a little too soon in English football and was ill-conceived – Tottenham’s ‘Famous Five’ certainly didn’t do too much in the way of effective high pressing and positional play – but its inspiration shared common ground with the Manchester City of today.

“To be perfectly honest, I believed that those five people upfront – or, to put it more correctly, five attacking players – could play in the same team,” he told Catalan publication Sport in 2011.

“I was inspired by the Brazil team from 1970 with Pele, Rivellino, Tostão and all these great, great players. They had five attacking players and Barcelona now play exactly like that, with only one holding midfielder, so it can be done.”

We all know who was coaching Barcelona at that point.

Talking of which, the following summer, Tottenham’s lavishly assembled squad began to disperse. Klinsmann joined Bayern Munich and Dumitrescu was loaned to Sevilla. He took in brief spells at West Ham and in Mexico’s top flight before retiring at 29.

Popescu enjoyed a more prosperous post-Tottenham career and joined Barcelona. I have largely played centre-back at Camp Nou, though. No one was about to shift Pep Guardiola out of holding midfield.