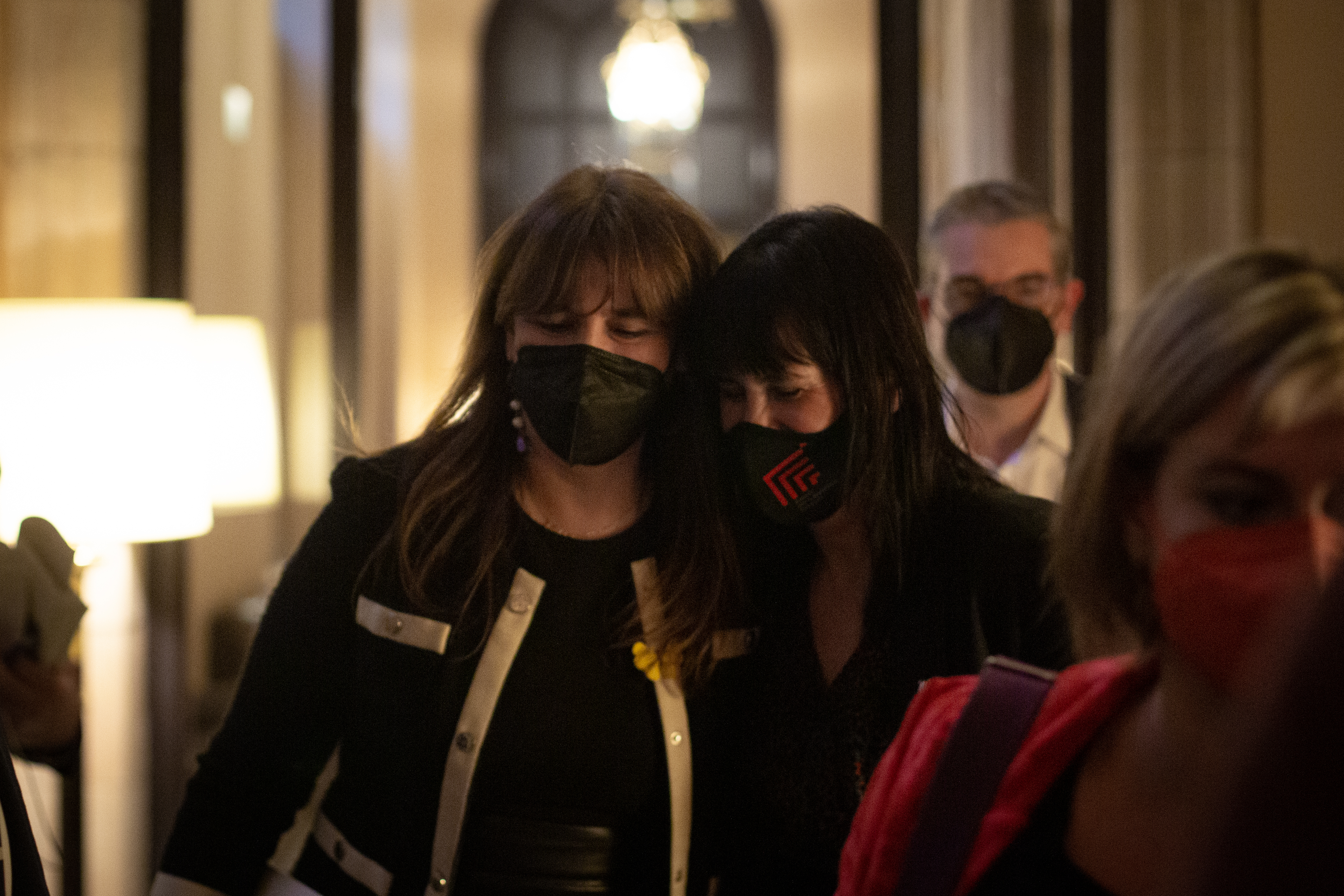 The removal of the CUP deputy Pau Juvillà from his seat, following the request of the Central Electoral Board (JEC), has deepened the gap in the pro-independence bloc, especially between Junts and the CUP. Jaume Alonso-Cuevillas, a deputy for Junts, has charged this Friday against the anti-capitalists and has accused them of putting the president of the Parliament, Laura Borràs, “on the edge of the precipice so that she falls alone”.

This Thursday there was an angry session in the Parliament, when Borràs decided not to accept Juvillà’s voting delegation. The CUP harshly criticized the decision because the will was to create a unitary front not to abide by the JEC’s decision until the Supreme Court declared firm the removal of the anti-capitalist seat, disqualified for not having removed four yellow ties from the Paeria de Lleida in period electoral.

Cuevillas has abounded that the independence parties had negotiated a strategy to disobey the resolution, such as “assuming commitments to reach the end, not running the lists, leaving the seats empty…”. “But when the lawyer came in, no one gave any details,” he added. In an interview with SER Catalunya, Cuevillas assured that Borràs was “captive of her own discourse”, she trusted these negotiations and that “she was willing to immolate herself if everyone agreed”.

Regarding this Thursday’s chapter in which Juvillà was denied the delegation of votes, Cuevillas has expressed himself harshly and has assured that it was “a trap”, because the justification for the rejection “was not because he was or was not a deputy, but because he had a conflict of interest” and could not vote. “The CUP knew from the beginning that Juvillà would resign from the seat and they wanted to force the president to commit disobedience, but also other more serious crimes such as prevarication”, the Junts deputy launched. “It was evident that the intention was to send Borràs to the trash can of history or to the criminal trash can,” Cuevillas stressed, admitting that he advised the president not to accept the proxy vote. Cuevillas has branded the Juvillà episode a “collective failure” and lamented the lack of unity of the independence movement: “There was no will, they played tactics.” Likewise, he assured that “it has been a week of panic for lawyers”.

For her part, the deputy general secretary and spokesperson for the ERC, Marta Vilalta, has assured that the ERC will request clarifications from the president of the Parlament on the situation of the seat of deputy Juvillà. “Couldn’t you vote due to conflict of interest or because you were no longer a deputy? If you weren’t, why didn’t you communicate publicly before?”, he said in an interview this Friday on TV3.

The Official Gazette of the Parliament of Catalonia has published this Friday the withdrawal of Pau Juvillà as a deputy in accordance with the orders of the Central Electoral Board (JEC) and “by legal imperative”, “to avoid the risk of incurring any type of disciplinary responsibility , accounting or criminal”. The text published under the heading “composition of the plenary session” indicates that the general secretary, Esther Andreu, “has given instructions so that what is required by the JEC agreements” of January 20 and 27, 2022, is not neglected. , it is specified, is established “without prejudice to the procedural position defended by the Parliament before the Third Chamber of the Supreme Court”.