Skip to content
Home News Junior Firpo: “Koeman lied to me, said he trained badly and polluted the group” | sports 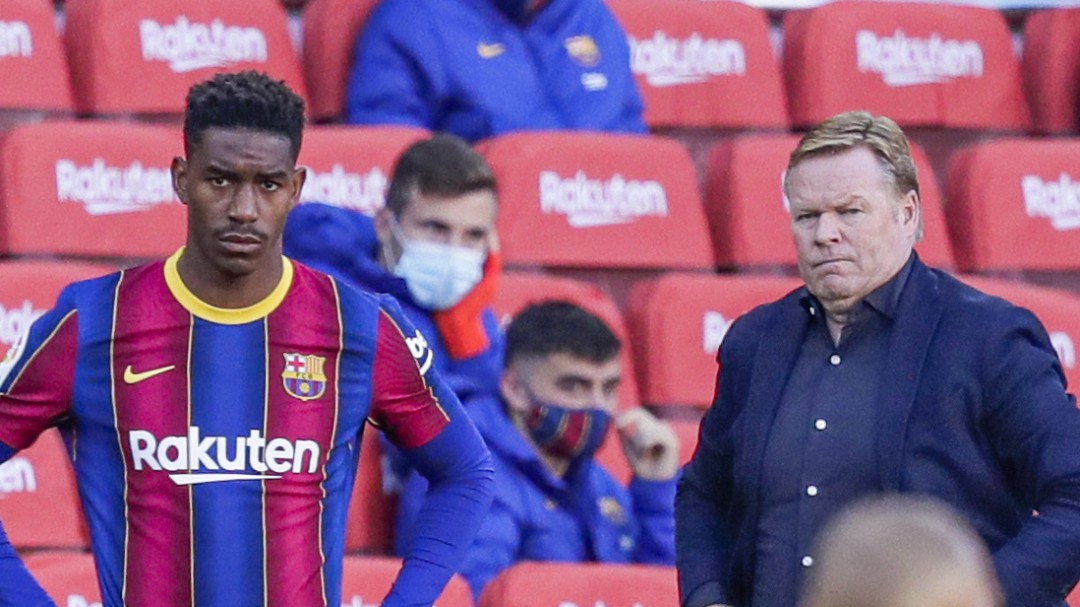 The former Barcelona player, Junior Firpo, who is currently part of Leeds United led by Marcelo Bielsa, has gone through the microphones of ‘Què T’hi Jugues’ to talk about his time as a Barça player where he coincided with Ernesto Valverde, Quique Setién and Ronald Koeman. Of the latter he has indicated that he asked him for explanations to know why he did not give him any minute on the lawn: “I ask Koeman for explanations until one day he starts lying to me.”

“At that point, when the coach begins to lie to you and you realize that he is cheating on you … well, why are you going to keep asking him for explanations if in the end he is going to cheat on you again and again. He lies to me because he tells me things that they make no sense, that I train badly, that I contaminate the group … things like that. You can ask any of the players who are still in the squad and they agreed with me “, has detailed the Leeds side from his time at FC Barcelona. “I do not know what it means that I contaminate the group, I suppose it would refer to my attitude. I do not know in what way a young boy who has just arrived is going to contaminate a group that has won everything and has been there all their lives. My opinion It is not going to change their way of training at all or at all “.

👀💥 More from Junior Firpo in @QueThiJugues: This is what he says about Ronald Koeman:

🧐 “He tells me things that don’t make sense: that I train badly, that I contaminate the group …”pic.twitter.com/cnpmFZjdv0

👀💥 Junior Firpo, in @QueThiJugues, about his time at Barça:

🔙 “I came to lose my enthusiasm for football”

😠 “I will never understand that after a game, when the substitutes train, Koeman stayed in his room”pic.twitter.com/xgRAJsekM6

In this sense, Firpo has assured that he lost his enthusiasm for football and that it was his family and friends who allowed him to continue. “There was disrespect, not only to me, but to all teammates. I will never understand that after a game, when the substitutes train the next day, Koeman stayed in his room while we were training,” he explained while referring to that players like Pjanic – far from the Camp Nou at the moment – had also complained about these same attitude of Koeman. “If I have to show you that I have to play and you don’t tell me … the only way I have to show you is in training. When the whole group trains it is more complicated, there are many of us, we do quick exercises and they are tired of playing the game. The day I have to show you that I want to play is the day after the game where the substitutes train hard … and you are not here, “he pointed out directly to the Dutch coach.

👀💥 Pay attention to the words of Junior Firpo in @QueThiJugues about his time at Barça:

😳 “We did not see videos of the rival. Videos of ours to improve either”

😅 “With Bielsa we see many. It is antagonistic. There must be some middle point”pic.twitter.com/7SLg97gLXo

“We did not see videos of the rival. Not with Valverde, not with Quique, not with Koeman. They talked about the rival, but not an exhaustive video. Sometimes we do open seen the odd video of a rival from an important match. I don’t think either we watched videos of ourselves to improve. With Bielsa we see many, it is antagonistic. There has to be some middle point, “he continued.