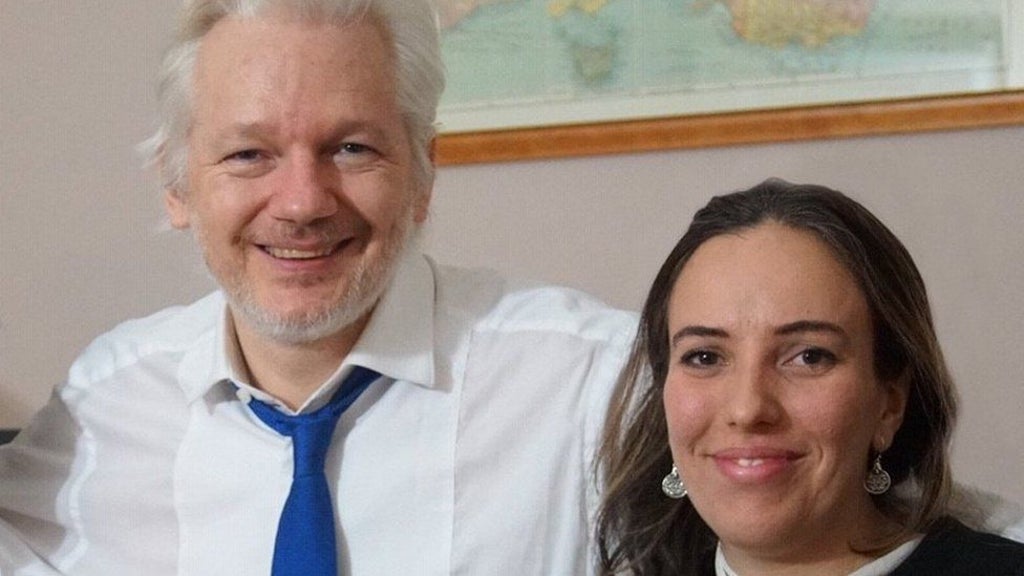 Julian Assange will marry his long-term partner Stella Moris inside a high-security prison in southeast London on Wednesday at a small ceremony during visiting hours.

The wedding is due to be attended by four guests, two official witnesses and two security guards.

The WikiLeaks founder has been held in Belmarsh for nearly three years since he was removed from the Ecuadorian embassy in London where he stayed for seven years.

He is currently fighting extradition to the United States where he faces 18 counts relating to WikiLeaks’ release of confidential US military records and diplomatic cables.

The 50-year-old, who denies any wrongdoing, fathered two children with Ms Moris while living in the embassy after the pair met in 2011 when she joined his legal team.

Dame Vivienne Westwood, who formerly campaigned against his extradition, is designing Ms Moris’ wedding dress and a kilt for Mr Assange, whose parents are of Scottish descent.

The register-led ceremony will take place during visiting hours at the prison, where some of Britain’s most notorious criminals have served sentences, including child murderer Ian Huntley. The guests will have to leave immediately after the event, even though it is being held during normal visiting hours.

Ms Moris previously said: “Obviously we are very excited, even though the circumstances are very restrictive.

“There continues to be unjustified interference in our plans. Having a photographer for an hour is not an unreasonable request.

“Julian is looking forward to the wedding because it is finally happening, many months after we first made the request.”

Mr Assange was denied permission this month to appeal at Britain’s Supreme Court against a decision to extradite him to the United States. He could still challenge any decision from the government to approve his extradition of him.

A Supreme Court spokesperson said that senior judges had refused Mr Assange’s bid to challenge the decision as his case did not raise “an arguable point of law”.

The ruling appears to exhaust Mr Assange’s legal avenues in the UK to avoid extradition, however he could still seek to take his case to the European Court of Human Rights.

US authorities brought a High Court challenge against a January ruling by then-district judge Vanessa Baraitser that Mr Assange should not be sent to the US, in which she cited a real and “oppressive” risk of suicide.

After a two-day hearing, the Lord Chief Justice Lord Burnett, sitting with Lord Justice Holroyde, ruled in favor of the US.

The senior judges found that Judge Baraitser had based her decision on the risk of Assange being held in highly restrictive prison conditions if extradited.

However, the US authorities later gave assurances that Mr Assange would not face those strictest measures either pre-trial or post-conviction unless he committed an act in the future that required them.