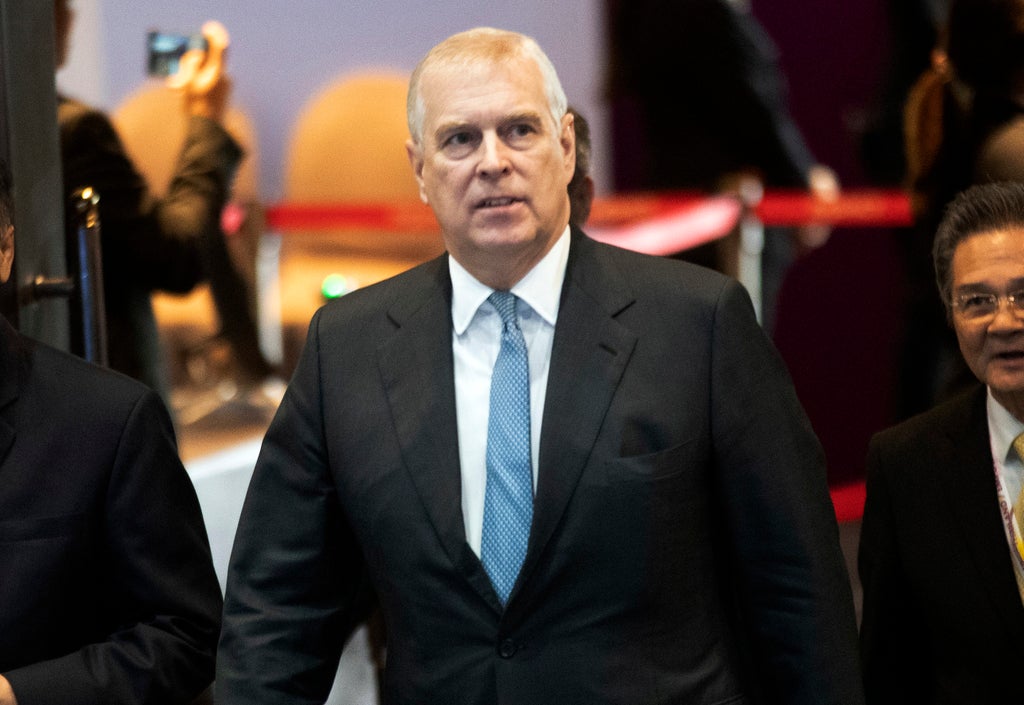 The US judge in Prince Andrew’s sexual assault case has made a formal request to the High Court in London to obtain testimony from a former aide to the Duke of York.

Robert Olney could give an affidavit about the Duke’s relationship with the late financier and pedophile Jeffrey Epstein as part of the upcoming civil trial.

He previously served as equerry to Prince Andrew, an officer of the Royal Family who attends or assists members of the family.

The New York judge overseeing the case, brought by Virginia Giuffre, has asked that Olney be questioned about the duke’s contacts with Epstein and Ghislaine Maxwell.

She has written letters to both the Queen’s Court Division Senior Magistrate and the Attorney General of Australia requesting their assistance in obtaining evidence for the civil claim brought by Ms Giuffre.

Epstein, a convicted sex offender, died in prison in 2019 while awaiting trial for sex trafficking.

Ms Giuffre claims the Duke sexually assaulted her on three occasions when she was 17 while Epstein was trafficking her.

Andrew, 61, has repeatedly denied all the allegations against him.

Giffre’s lawyers say Olney’s name and phone number appeared in Epstein’s address book, suggesting he may have knowledge of their relationship and “relevant information” about the duke’s travels to and from the estates. Epstein.

Judge Lewis Kaplan said that if his request was granted, Mr Olney would have to be questioned about any communications concerning Ms Giuffre.

Court documents reveal that the judge also sent a request for a statement to be taken from Shukri Walker, who claimed to have seen the Duke at the Tramps nightclub in London in March 2001 with a young woman who may have been Mrs Giuffre. .

Ms Giuffre is suing the Duke for damages in her home country, the US, alleging she was trafficked by disgraced financier Epstein, a friend of Andrew’s and a convicted sex offender, for sex with the royals. when she was 17, a minor under US law at Maxwell’s London home in the early 2000s.

The Duke is also alleged to have sexually abused Ms Giuffre during a visit to Epstein’s private island, Little St James, and on a separate occasion at the financier’s mansion in Manhattan.

He denies the accusations.

The judge requested Mr. Giuffre’s testimony to include how he met Ms. Giuffre, his conversations with her about Andrew, his alleged childhood trauma and abuse, and his relationship with Epstein and Maxwell.

The letter requests that Mr. Giuffre’s testimony also include all claims Ms. Giuffre has made against the Duke, her alleged emotional and psychological harm and damage, her role in trafficking and recruiting girls for Epstein, and the finances of the Giuffre family.

In a separate letter to Dr. Lightfoot, Judge Kaplan requested that her evidence include Ms. Giuffre’s medical treatment, her diagnosis of Ms. Giuffre, the issues discussed during her sessions, and the claims made about Andrew.

Dr. Lightfoot’s testimony is also requested regarding her views on the alleged psychological harm suffered by Ms. Giuffre, the false memory theory, and the consequences of her childhood trauma.

Andrew previously made the dramatic decision to face his accuser in court and become the first member of the modern royal family to be cross-examined on serious allegations.

David Boies, who is representing Ms Giuffre in her lawsuit against Andrew, said his client and his legal team were hoping to “confront” the royals over their “denials”.

Judge Kaplan has requested that the testimony of the four witnesses be completed by April 29.