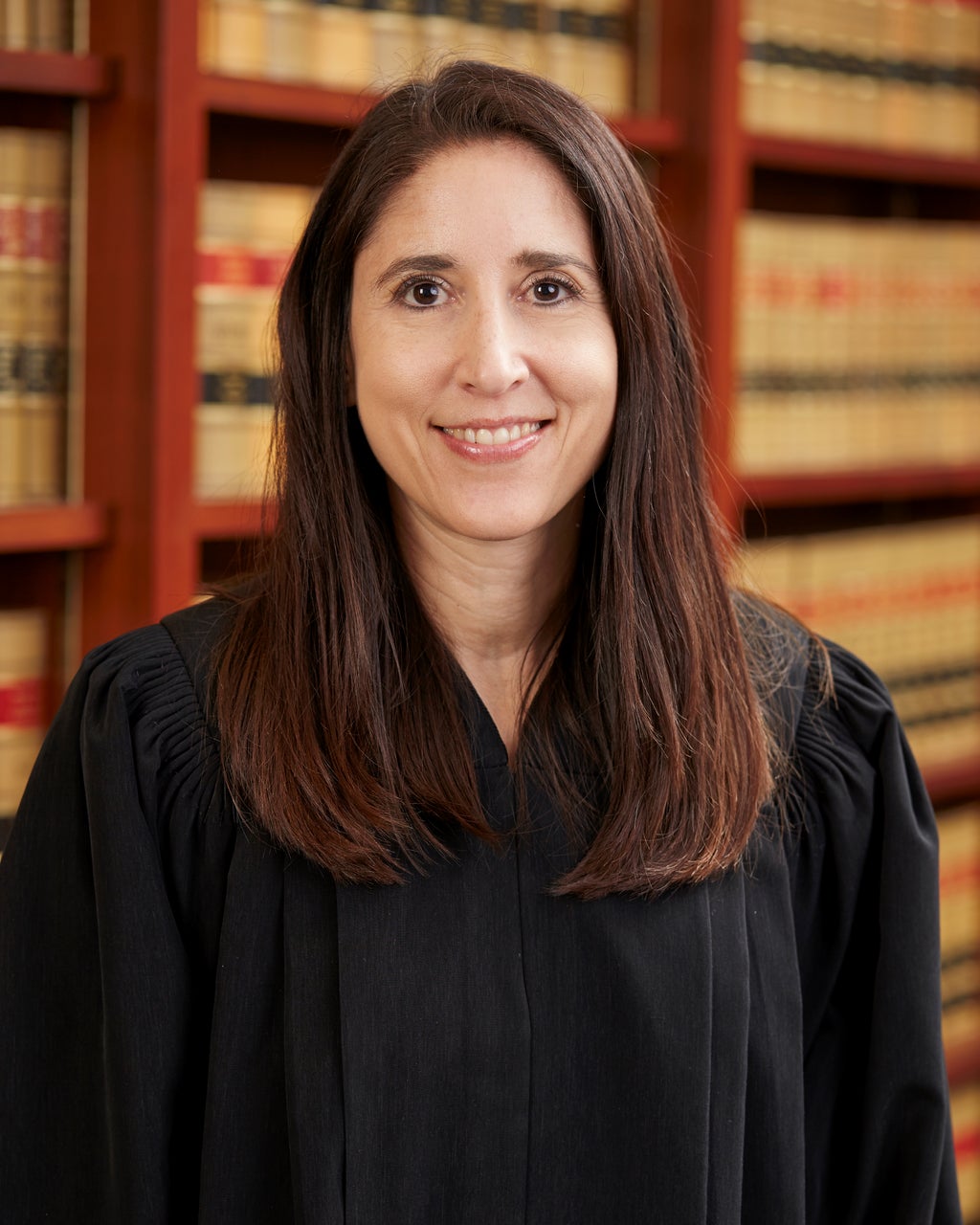 An appeals court judge who is the daughter of Mexican immigrants was nominated Tuesday by Gov. Gavin Newsom as the first Latina to serve on the California Supreme Court.

Justice Patricia Guerrero, 50, of San Diego, grew up in the agricultural Imperial Valley and has worked as a federal prosecutor, law firm partner, Superior Court judge and now sits on the 4th District Court of Appeal.

“Her extraordinary journey and nomination to serve as the first Latina justice on the bench of our state’s highest court is an inspiration to all of us and a testament to the California Dream’s promise of opportunity for all to thrive, regardless of background or ZIP code, Newsom said in a statement.

If confirmed, Guerrero would fill the vacancy left in October when Associate Justice Mariano-Florentino Cuéllar stepped down to become president of the Carnegie Endowment for International Peace. Cuellar was nominated to the court by former Gov. Jerry Brown, also a Democrat.

The seven member court is currently made up of four justices nominated by Democrats and two by Republicans. Another Brown nominee, Justice Leondra Kruger, is being considered by President Joe Biden to replace retiring Justice Stephen Breyer on the US Supreme Court.

The nomination was praised by advocacy groups who pushed Newsom to appoint a Latina when Cuéllar announced he would step down in September. Guerrero’s name was mentioned at the time as a possible candidate for the opening.

Newsom has made diversity on the bench a priority. In 2020, I have nominated the first openly gay justice, Martin Jenkins, who is the third Black person to serve in court.

Guerrero said in a statement she was “deeply honored” to be selected and if confirmed it would “make a positive impact on the lives of Californians across the state.”

“I didn’t get here alone,” Guerrero said in a video. “I stand on the shoulders of my parents and my grandparents who came to this country for better opportunities for their children. I think it’s important for people to see that … they can achieve whatever dreams they want with opportunity and hard work.”

Guerrero’s grandfather came to the US from the Mexican state of Sonora and got residence through a sponsor, she said. When her father arrived, he initially worked picking crops. Her mother de ella, who recently died from breast cancer, emphasized the importance of reading and education and said there were no limitations on what her children could accomplish.

Guerrero worked at a grocery store as a teen and was co-valedictorian at her high school. She graduated from the University of California, Berkeley and Stanford Law School.

Newsom said Guerrero is well-regarded with a “keen legal mind” and a wide range of experiences. She has written opinions protecting consumer and individual rights, while upholding the constitutional rights of criminal defendants.

Despite the growing influence of Latinos, who make up the largest racial or ethnic group of California’s nearly 40 million residents, no Latina has served in a statewide constitutional office or as US senator, said Sonja Diaz, founding director of UCLA’s Latino Policy and Politics Initiative .

“Latinas make up nearly 20 percent of California’s population, but we are underrepresented in nearly every industry, including the California judiciary,” said Sen. María Elena Durazo, chair of the California Latino Legislative Caucus. “When Latinas are absent from this critical branch of government, our experiences and perspectives are excluded, and this ripples throughout our communities in so many other ways.”

Retired California Supreme Court Justice Carlos Moreno noted that Guerrero would also bring some geographical diversity to the court. The Imperial Valley, an impoverished agricultural region that borders Mexico and Arizona is an often forgotten part of the state.

“With her extensive experience handling complex litigation matters, intellectual rigor and commitment to fairness and equality, Justice Guerrero is well-equipped to navigate the most complex legal issues in our court system and will make an excellent addition to our state’s highest court,” Moreno said.

The Commission is made up of Chief Justice Tani Cantil-Sakauye, Attorney General Rob Bonta and Senior Presiding Justice of the state Court of Appeal Manuel A. Ramirez.