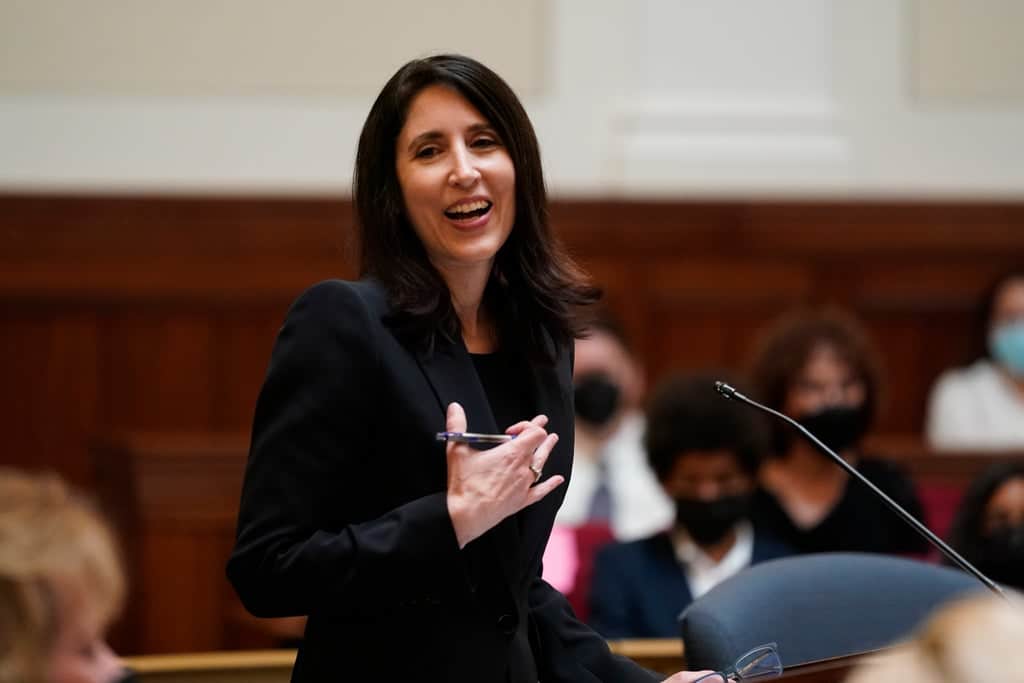 A San Diego appeals court judge who is the daughter of Mexican immigrants was confirmed Tuesday as the first Latina to serve on the California Supreme Court.

Justice Patricia Guerrero was approved by a 3-0 vote of the Commission on Judicial Appointments to fill the vacancy left by Associate Justice Mariano-Florentino Cuéllar, who stepped down last year.

Guerrero, 50, grew up in the agricultural Imperial Valley and has worked as prosecutor, law firm partner, Superior Court judge and is on the state’s 4th District Court of Appeal. She will take her seat on the court after being sworn in later by Gov. Gavin Newsom, who nominated her.

Guerrero, who was praised by colleagues and members of the panel that included Attorney General Rob Bonta and Supreme Court Chief Justice Tani Cantil-Sakauye, said she was humbled by the historic significance of her elevation to the court.

She said she stood on the shoulders of her grandparents and parents who immigrated from Mexico to give their children a better life.

“As I’ve tried to express, this is not just about me, or really even just about my parents, but it’s about so many others just like us,” Guerrero said. “This is a story of the American Dream, the belief that with hard work, perseverance and opportunities, anything is possible. And for that I am thankful.”

Guerrero was confirmed after a friendly hearing with no opposition. Cantil-Sakauye indicated it would be smooth sailing for Guerrero when she opened the hearing by saying it was a joyful occasion.

Supporters praised the breadth of Guerrero’s career, her legal writing and her ability to find consensus with other judges.

“Justice Guerrero is phenomenal on multiple levels,” said Stella Ngai, chair of the commission. “She is universally lauded for her superior intellect, clear writing, judicial temperament, work ethic and compassion.”

Guerrero will take the place of Cuéllar, who stepped down to become president of the Carnegie Endowment for International Peace. Cuellar was nominated to the court by Newsom’s predecessor, Gov. Jerry Brown, also a Democrat.

Five of the court’s seven members were nominated by Democrats and two by Republicans.

Newsom has made diversity on the bench a priority. In 2020, I have nominated the first openly gay justice, Martin Jenkins, who is the third Black person to serve in court.

Guerrero’s grandfather came to the US from the Mexican state of Sonora and got residence through a sponsor.

When her father, Jorge Guerrero, arrived in California, he picked crops and later worked in feedlots. He wore cowboy boots to the hearing and beamed from the front row of the courtroom along with Guerrero’s husband and one of their two sons de ella. Her sister de ella and several other family members sat behind them.

Guerrero said she hoped her appointment would serve as a tribute to her mother, a babysitter who recently died from breast cancer and had emphasized the importance of education and told her children there no limitations on what they could accomplish.

Guerrero choked up as she spoke about her mother, saying she waited until the end of her remarks because she didn’t think she could get through them if she discussed her sooner.

“She taught us to be strong, compassionate, and independent,” she said. “She showed us the importance of family. She showed us to thank God for our blessings. And she showed us that we should help other people when we can. She sacrificed everything for us.”

Guerrero graduated from the University of California, Berkeley and Stanford Law School. She funded her education through scholarships and by working half-time.

California will now join Colorado, Connecticut, Florida, New York and Texas in having Latina justices on their high courts.