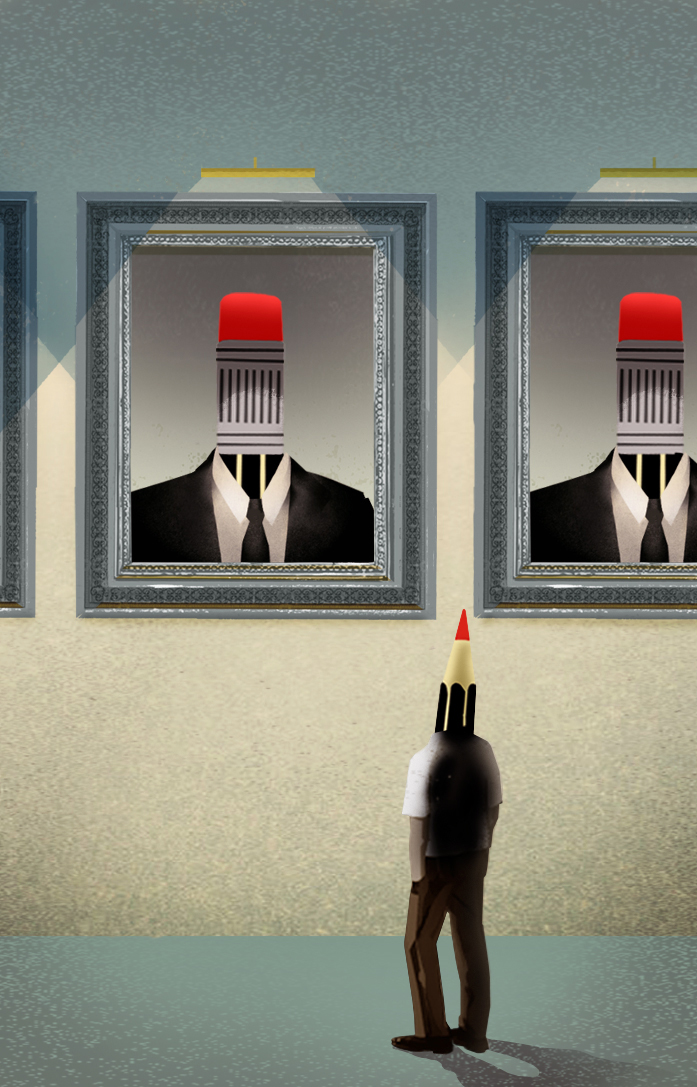 “Ours is not a battle between good and evil, but between the preferable and the detestable.” This phrase from Raymond Aron, one of the most notable liberal intellectuals of the last century, came to my mind when I heard the official statements about the controversial Democratic Memory Law that to some extent aspires to bury the spirit and letter of the Transition Spanish politics. Caught between the electoralist tactic of the norm and the rejection of it by the provincial and xenophobic independence movement, the Minister of the Presidency relied on the “historiographic consensus” to ensure that “the inertia of the dictatorship” lasted until 1982, when the PSOE democratically acceded to the Government. Hearing such a childish story, I came to the conclusion that Mr. Bolaños has a muddled knowledge of words such as consensus, history, Francoism, and even democratic socialism. Even worse, it ignores what the principle of inertia consists of, described by Galileo Galilei and formulated mathematically by Newton. It would have been enough for him to consult the dictionary to understand that it is the property of bodies to maintain their state of motion or rest, unless an external force alters it.

Soledad Gallego-Díaz has explained in this newspaper, with meticulous precision, the true historiographical consensus regarding the Amnesty Law of 1977, which now seeks to overrule the governing coalition. Far from being a ruse of the Franco regime to try to perpetuate itself, it was a demand of the democratic forces, demanded in clamorous public demonstrations, proposed and defended in Cortes by the victims of the repression of the dictatorship and voted by an overwhelming majority in Congress, with only two votes against and the only abstention from the Popular Alliance, a party led by former Franco ministers. Thus, the aforementioned law was the true external force that overcame the inertia of the previous regime. It had already suffered other shocks, such as the political reform of 1976, the legalization of political parties and trade union organizations, the liquidation of the National Movement, the return of the dynastic legitimacy of the Head of State with the abdication of Don Juan de Borbón in his son, and the democratic elections of 1977. The first law of the new Parliament that emanated from them, in reality a constituent assembly, was precisely that of Amnesty, an express condition of the democratic opposition to initiate constitutional debates. The definitive victory over Franco’s inertia took place with the approval of the 1978 Constitution. The affirmative vote for it garnered more than 90% of the votes cast and 60% of the total of the census. The few political formations that voted against or abstained were the Basque nationalists, both from the PNV and from the left. nationalist, Esquerra Republicana, and relevant heirs of the Franco regime led by former ministers and other men of the old regime.

These things could not be lived by the Minister of the Presidency. It was born just three years before they happened and it is evident that the various educational plans of our democracy, alternately subjected to ideological and partisan pressures of all kinds, have stolen a lot of information from the new generations, when they have not completely deformed it, such as in the case of Catalonia. But they are in the books and even on Wikipedia. Although it is already known that our political leaders are considerably sketchy, starting with the Prime Minister and continuing with the head of the opposition, they could at least find out through reading what the Spain of the Transition really was like. It began with the burial of the dictator, whose corpse was honored by no less than half a million people for two interminable days and culminated institutionally with the approval of the Constitution. The subsequent coup d’état opened a period of political instability and the electoral victory of democratic socialism meant the normalization of the so-called ’78 regime. To make consensus possible, the socialist party renounced Marxism and the communist party renounced Leninism. Although it has returned to that doctrine a few years ago, in a reactionary and retrograde movement from which almost all other formations, ideologies aside, have been infected. Obsessed with the exercise of power and the self-esteem that it generates, enthusiastic as they are of political patronage, they sulk with the intellectuals who do not praise them, the militants who do not obey them, or those who dare to think differently. His awareness of political modesty does not incorporate the practice that the end does not justify the means. Rather, it responds to ambient puritanism, which the Minister of Equality boasts, so willing to prohibit things that she tries to punish even the immodest looks. This concept of such refined lasciviousness that it deserves a place of honor in erotic literature.

To the Minister of the Presidency, who has happily rectified himself from his own bullshit, it may be necessary to remind him that it was the forces outside the system, the ETA terrorism and the military coup, who tried to prevent democratic inertia. The ’78 regime and the previous amnesty are not the equivalent of a full stop law like those that emerged after the elimination of some Latin American military dictatorships; Instead they constitute a beginning, the beginning of a political development and of a collective morality progressively truncated by the weakening of the institutions, more and more hostages of the partitocracy.

This country certainly needs a law that protects and develops the Historical Memory, the democratic and the non-democratic. And it must begin with the recognition of our political system as a consequence of the national reconciliation between the victors and losers of the Civil War, a policy led in its day by the Communist Party of Spain. It is inadmissible that the right continues without wanting to formally condemn the Franco regime or that there is no common act of redress for the victims on both sides of the conflict and those of the brutal repression after the end of the war. And it is incomprehensible that forty years after the approval of the Constitution and nearly a century after the military uprising against the Second Republic, the democratic governments and the main political forces continue to be unable to agree on our common history on which there is scientific evidence. enough that are still hidden from the new generations. The Transition was by no means perfect but, along the lines set by Raymond Aron, it was necessary to choose the preferable over the detestable. This same choice is still relevant in these times and it would be convenient if no one boasts of being on the right side of history, much less when we are talking about a fratricidal contest. The military pronouncement against the Popular Front government that preceded the Civil War was not the first violent attempt to usurp power. The PSOE unleashed a revolution in 1934 against the legitimate Government of the Republic, an occasion that the Catalan Government of Esquerra Republicana took advantage of to attempt its own coup. The efforts to reinforce the feelings of identity, denying the objective facts in the face of the claim of reason constitute a threat to the current democratic system, and to the peaceful coexistence among Spaniards. The historiographic consensus on our shared memory and the necessary forgetfulness for a peaceful coexistence are sufficiently established in the Constitution and honor Manuel Azaña’s request: peace, mercy, forgiveness. Any amendment tending to violate the validity of these principles is the result of an immodest look, dedicated to enjoying oneself in front of the mirror rather than governing reality. The irrepressible lust of power.