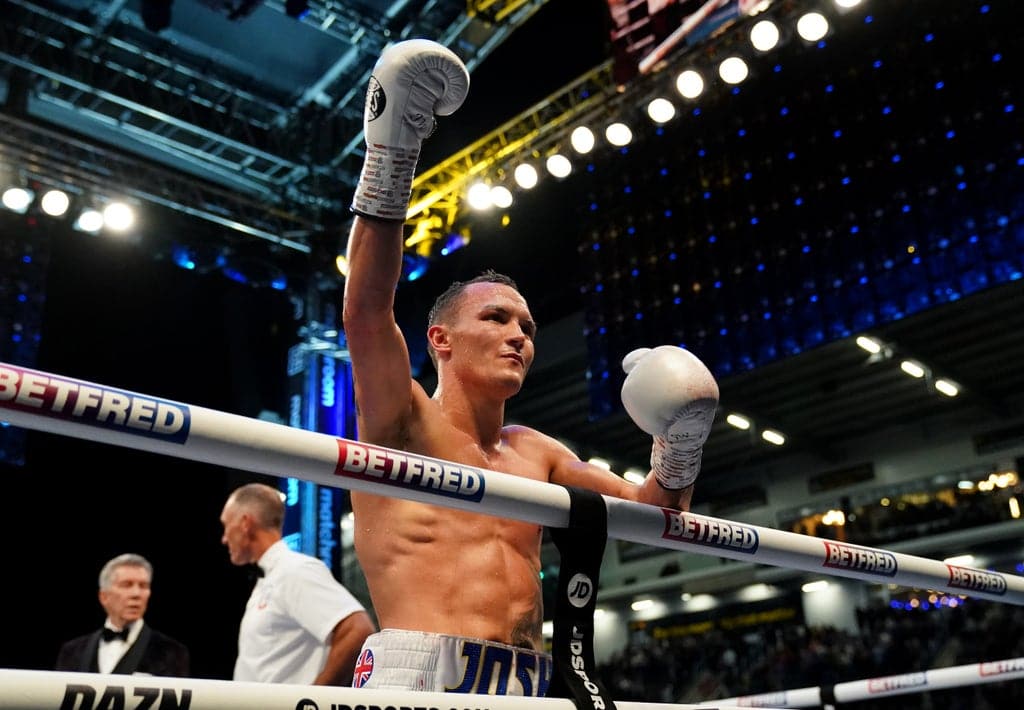 Josh Warrington accepts his career would likely be over if he loses to Kiko Martinez this weekend.

Warrington is seeking to regain the IBF featherweight title he vacated 14 months ago, shortly after which he was battered then surprisingly stopped inside nine rounds by unheralded Mexican Mauricio Lara.

A technical draw after an accidental clash of heads last September denied Warrington the chance to avenge the first professional setback of his career and the pair have gone their separate ways for now.

Warrington (30-1-1, 7KOs) has an unexpected opportunity to become a two-time world champion on Saturday and, while a return to winning ways opens up several possibilities, another defeat could spell the end.

“For me, a loss at this stage of my career, it’s more or less done, it’s as simple as that,” the 31-year-old told the PA news agency.

“I have a goal and I’m going to keep that goal to myself with how many fights I’ve got left. I think I can achieve those goals. Back in the day I used to say ‘I’ll go until the wheels fall off’. That’s no longer an option. I’ve got a young family.

“We’ll see what happens. People keep telling me there’s plenty left in the tank but I’d like to get out on my own terms, not constantly chasing it.”

Warrington overcame Martinez by majority decision five years ago but, while the Spanish veteran’s best days seemed to be behind him – even at that stage – he sprung a major surprise last November.

Martinez (43-10-2, 30KOs) was outclassed early on against Kid Galahad but showed his devastating power remains in tact by stopping the Sheffield fighter in the sixth round to claim Warrington’s old crown.

“It’s funny how the sport works. He was done, wasn’t he?” Warrington said. “When I beat him, people thought he was past it. No-one expected him to go on and win a European title and a world title again.

“I have tons of respect for him. he never ducks a challenge and he always brings it all. He’s an honest fighter and you need people like that.

“I always knew that if I could beat Kiko Martinez, I could go on and win a world title because he’d mixed it with some of the best.”

Another win over Martinez would bring world title unification contests to the fore and the WBA’s ‘regular’ champion Leigh Wood has been mooted, either at Leeds’ Elland Road or Nottingham Forest’s City Ground.

But Warrington believes he has cleaned up on the domestic front – having outpointed Lee Selby, Carl Frampton and Galahad on the global stage – and he retains a longing for a major bout in the United States.

“Growing up watching (Ricky) Hatton and (Joe) Calzaghe over there, that was glitz and glamour,” the Yorkshireman added ahead of his return bout against Martinez at Leeds’ First Direct Arena.

“Fighting in the United States is just something I want to do. I feel like I cemented these shores when I beat Frampton straight after Selby, then I beat Galahad (between May 2018 and June 2019).

“There is the likes of Leigh Wood but there’s some real big names still out there. The options are interesting.”