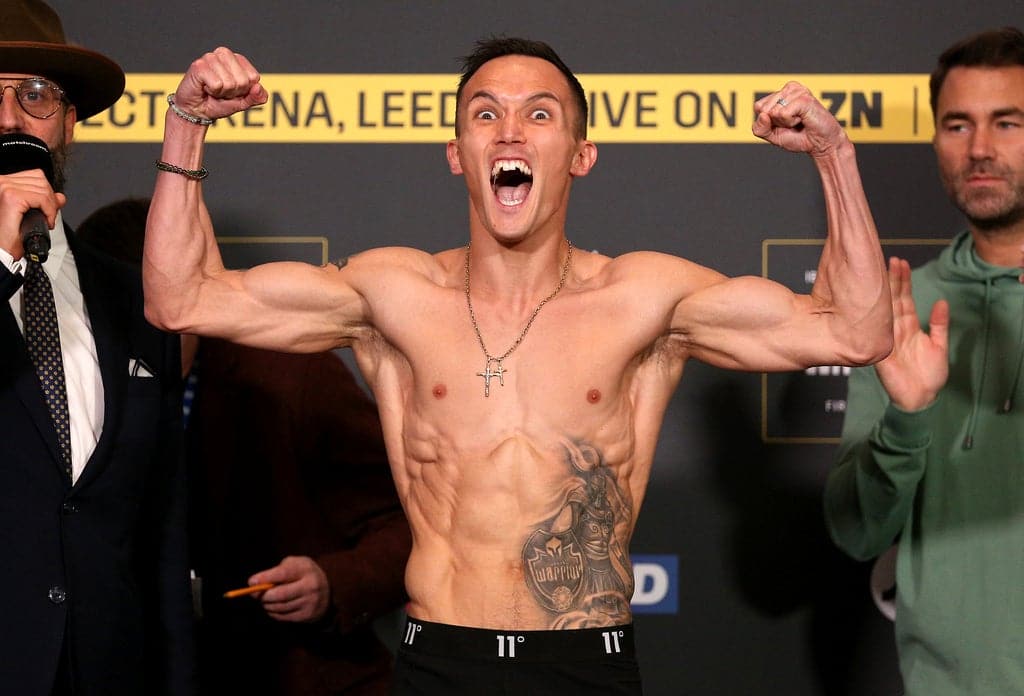 Josh Warrington claims he has rediscovered the “bit between my teeth” ahead of his world featherweight title showdown against Kiko Martinez on Saturday night.

Warrington vacated his IBF title 14 months ago in expectation he would face another world champion but a supposed tune-up weeks later against little-known Mexican Mauricio Lara produced a monumental upset.

An attempt to avenge a ninth-round stoppage – Warrington’s first professional defeat – was thwarted by an accidental clash of heads early into last September’s rematch as a technical draw was declared.

But as he seeks to draw a line under a disastrous 2021 by reclaiming his old crown in his home city of Leeds, Warrington believes he has the mentality back that saw him become world champion.

He told the PA news agency: “At the back end of 2019 I was loving the sport, I was top of the world. But I had 15 months out then just took a little tickover fight and ended up getting knocked out.

“The rematch, there was rehab, questions about whether I was still there and had I lost it? The camp was enough to beat Lara but it wasn’t the best camp. What happened happened in the fight.

“But as I got back in the gym and started camp, I had the bit between my teeth like I had of old, like I was on the way up. I’m loving it and I can’t wait for fight night.

“Some boxing experts are saying ‘he’s seen better days’, I thrive off that and I want to show them wrong. Physically I’m in really good condition and mentally confident is through the roof.”

Warrington and Martinez had a heated face-off after weighing in on Friday, with Warrington scaling 125.7lbs and Martinez 125.4lbs, both under the 126lbs featherweight limit.

But while there was plenty of talking between the fighters, with Martinez repeatedly slapping his bare chest and Warrington pointing to his head, the pair concluded the obligation with a handshake.

Warrington (30-1-1, 7KOs) has already beaten Martinez, edging out the teak tough Spaniard via a majority points decision in March 2017 – one year later the Yorkshireman was world champion.

This bout could therefore be viewed as a step back for Warrington even if Martinez, who at 36 is five years older than his opponent, became world champion by stunning Kid Galahad last November.

But Warrington insisted it is a necessary endeavor, pointing out another victory over Martinez (43-10-2, 30KOs) would restore his bargaining power when he targets the division’s other beltholders.

Warrington, who has made no secret of wanting world title unification contests in the future, added: “I lost the position of power when I got beaten by Lara. Even if I’d have beaten Lara in the rematch, he didn’t have a belt.

“It’s a bit like you’re on the B-side, you’re on the bench waiting for opportunities to arise or you can keep climbing ladders and fighting final eliminators.