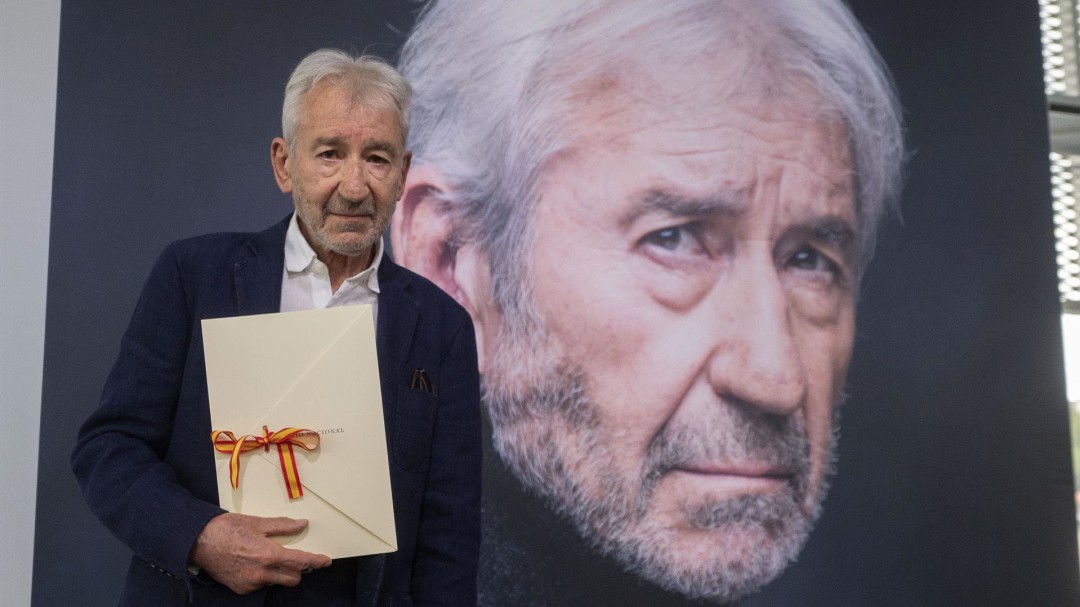 With his gestures, silences, postures and words he communicates his passion for telling stories, for putting on the mask as when he was having fun as a child. José Sacristán, who has spent more than sixty years “playing responsibly” in film, theater and television, will receive the Goya de Honor on February 12 at Les Arts de València.

“My career has been the joy of the child who has seen his purpose fulfilled, that of making people believe that he was the student, the town crier, the recruit, the emigrant, the lawyer, the doctor … and that people I believed it. And the luck that throughout this journey my best friends and the people dearest to me, apart from my family, are in the profession. What more can I ask for! “, said the actor when he heard the news.

The Board of Directors of the Academy has decided to grant this honorary award to the veteran and beloved actor “for being a model of dedication, passion, ethics and professionalism for all young filmmakers. For being the face and voice of Spanish cinema of the last six decades. For knowing how to represent ourselves in a unique way in so many unforgettable titles that are part of our intimate memory. And for having known how to advance from the reflection that has returned to us on the screen some of the great changes that we have experienced in our cinema and in our society “.

Sacristán, who was one of the founders of the Academy 36 years ago, confessed that the first thing he thought, when he was informed of the award, was “at the meeting in 1985 proposed by Mr. Matas –producer Alfredo Matas– and what that came out of there and everything that had to be worked on afterwards. I remembered the beginnings, my times as vice president, the struggle … I feel very proud of where the Academy is now “.

“Very excited” for the Goya de Honor – “the harvest is being good. The years go by and it makes me very happy because something informs that the path was not so wrong” -, he has “more or less” planned the speech that will pronounce in Valencia. And he gives a hint: “I’ll take a look at the place and the people where I come from.”

Continuity at work is the great success of Sacristán (Chinchón, 1937), a professional with political discourse and commitment who feels young because he is curious and preserves that part of the game and teamwork that is the cinema. “What about continuity was taught to me by Fernando Fernán Gómez. Then, the more recognitions and more things you have, the better, but the fundamental thing is the approval or not of my work by the people who buy it.”

He knows that the profession is insecure and recognizes that “I would be miserable if I complained because I have never missed work. Sometimes, what I earned was not enough to cover my obligations, but that was my problem. I have worked it out, but there is a lucky factor that has accompanied me. I recognize and appreciate the privilege, it does not escape me “, he emphasizes.

In the year in which we celebrate the centenary of the masters Berlanga and Fernán-Gómez, the Goya of Honor arrives for this actor who created unforgettable characters for both of them, and who also shared his talent with so many other great names in Spanish cinema.

Sacristán has participated in more than 125 films

He made his film debut with Fernando Palacios in The family and one more, and, so far, his last appearance on the big screen is with Fernando Colomo in Care for what you want. And between Palacios and Colomo he has worked with Mario Camus, Roberto Bodegas, Pedro Olea, Gonzalo Suárez, José Luis Garci, Adolfo Aristarain, Pilar Miró, Eloy de la Iglesia, Manuel Gutiérrez Aragón, Pedro Lázaga, Mariano Ozores, Jaime Camino, Gillo Pontecorvo , Pedro Masó, Francisco Regueiro, David Trueba … An extensive list that is joined by new generations of filmmakers such as Javier Rebollo, Pau Durà, José Skaf, Kike Maíllo, Isaki Lacuesta, Carlos Vermut and Bernabé Rico.

Sacristán has participated in more than 125 films, some of them very popular as Don erre que erre, The fool of the boat, Single and mother in life, Come to Germany, Pepe, Grandpa has a plan… “which were my school of work and life. There I learned how little or how much I know,” said the actor, who has also been behind the camera in Lead Soldiers, Chard Face and I’ll get off next time, what about you? .

He has been recognized with the National Cinematography Award, two Silver Shells from the San Sebastián Film Festival, the Goya for Best Leading Actor (The Dead and Be Happy), the Silver Condor of Honor, the Feroz Award of Honor, the Medal of Honor of the Circle of Cinematographic Writers, the Medal of Merit for Fine Arts and several Silver Photograms. The Goya de Honor 2022 is on tour with Lady in red on a gray background, a play that it will perform until June of next year, when it also has a show in Mérida in its portfolio. “As long as mother nature authorizes it, we will continue there, playing,” he adds. “Responsibly”, he says.