Skip to content
Home News José Rosado: The death in the Palace of the American businessman was a homicide | Madrid 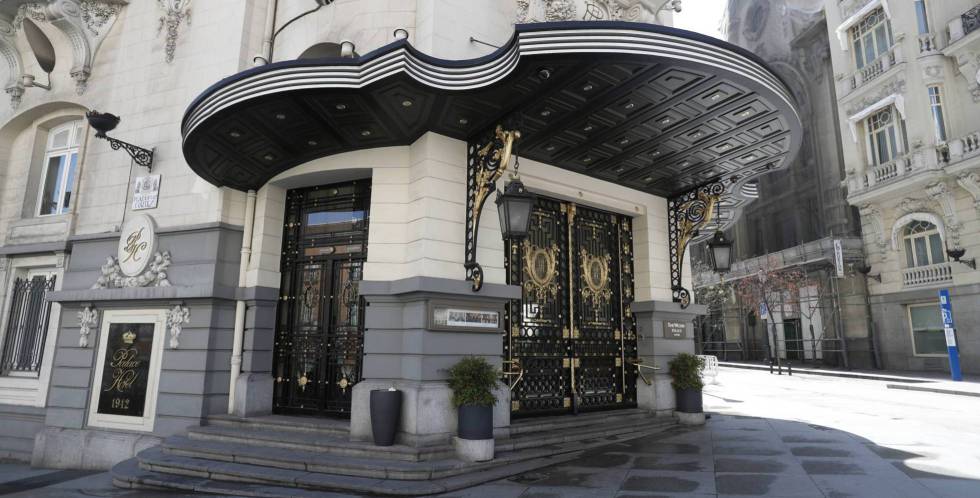 The American businessman José Rosado met his death in the midst of luxury. Workers found his body on October 30 in a room at the Palace hotel in Madrid. No signs of violence, no blows, no blood. The room was simply messed up. At first glance, everything pointed to a natural death. Officers from the nearby police station and homicide investigators searched the room. None of them escaped the fact that several of the man’s personal belongings were missing. Two months later, the Police have arrested the two people who were with the victim that night in the room. It wasn’t the first time for the Palace assassins.

The detainees are two men with a multitude of police records for robberies, in some of them, with the technique of what is known as chemical submission. Introducing substances into the drink of his victims to steal their valuables. This is what the Police believe happened that morning of October 30. “In his body, depressant substances were found that, mixed with alcohol, were what killed him,” police sources explain. One of them is a 39-year-old Romanian citizen with nine previous arrests and the other is a 29-year-old Moroccan who accumulates 17 arrests. The second of them is also charged with similar crimes committed in the central district. One of them in July and another in early December, after the Rosado murder. In the case of the businessman, the drug supply got out of hand.

The night before the body was found, on October 29, the victim left the hotel to have a drink. He went for drinks in an area near the hotel and in one of these bars is where the police believe that he met the two individuals who would end up causing his end. The agents of Group V of Homicides, which has carried out the investigation, do not know for now if it was a chance encounter or if he contacted them through an application. What is known is that Rosado was in Madrid on those days on a pleasure trip and that when he entered his room accompanied by these two men he was “in perfect condition.” It was the family who, having not heard from him for several hours, raised the alarm and members of the hotel staff found the body.

Rosado was born on April 25, 1978 in New Jersey. The son of Puerto Ricans and settled in Miami, he was a successful businessman. From 2020 to July 2021 he had worked as CEO of what was the largest private shipyard in Spain, Hijos de J. Barreras. Only a few months ago he had stepped down from the board of directors after changes in the management of the company. It was the company itself that made the identity of the victim public by sending a message of condolence to the family.

This position led Rosado to reside in Vigo. Spain was one of the more than 50 countries that this inveterate traveler visited in his entire life. He also studied in Argentina and lived for two years in London, his favorite city. “José was about to start a new business adventure when he died, after a brilliant career as an executive in the maritime industries, and in the banking and energy sectors,” details the obituary that was published in the Miami Herald a few days after his demise. In the text he is defined as a great lover of “food, wine and culture of the places he visited.” It was his partner of more than 13 years, Nicholas Young, who was responsible for the repatriation of the body. His funeral was held a short time later in Puerto Rico. His friends’ children used to affectionately call him “Uncle José”.

One of the fundamental clues that led to the arrest of the two alleged murderers were the bank movements that they carried out shortly after the discovery of the body in Móstoles with his card. In addition, several witnesses and hotel recordings recorded the entry of these two subjects with Rosado that morning in his room. “Everything that caused his death happened in that room, because he agreed perfectly,” police sources highlight. The Scientific Police were also able to collect remains and evidence incriminating the two alleged perpetrators of the murder.

The two men were arrested on December 23 at two different addresses. As detailed by the Police, in their homes “the clothes they were wearing at dawn on October 30, more than 2,500 euros in cash, mobile phones, tablets, jewelry, third-party documentation and other valuables were intervened.” The agents are now investigating which of those objects belonged to Rosado, his victim from the Palace.

What time can builders start working in the UK at the weekend according to the law?