Skip to content
Home News Jordi Alba, positive for COVID: together with Dani Alves and Lenglet, he will not join Barça training | sports 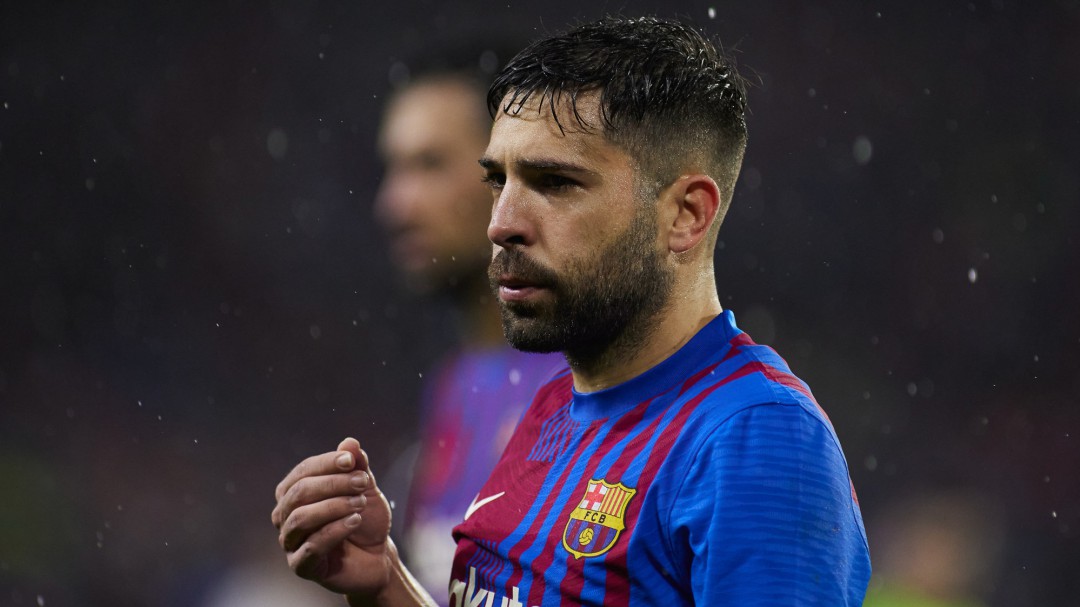 COVID-19 puts the LaLiga squads in check on their return to work after the Christmas break. There are many teams that have announced positive for coronavirus in the tests that they are carrying out on the players so that they can get back to work for the day that begins to be played on December 31. Many teams, such as Real Madrid or Athletic Club, were already affected by the virus. Others, like FC Barcelona, ​​see how on Christmas Eve there are several players who have been infected.

The Barça club reported this Monday that Dani Alves and Clement Lenglet were positive. This Tuesday he added the name of Jordi Alba. The three players will not train this Tuesday in the first session of Xavi Hernández’s team for the game they will play on January 2 against RCD Mallorca, a club that has also reported seven infections this Tuesday: four first-team footballers and three members of the coaching staff.

Rayo asks to postpone his match

For its part, Rayo Vallecano has communicated that there are several positives in its squad in the return to training, without specifying the number of infections. As reported by the EFE Agency, the Vallecano club has trained with only 8 players from the first squad and has requested to postpone the match against Atlético de Madrid on January 2.

Those of Barça are not the only positives that have been announced in First Division clubs. Especially striking is the outbreak of Zubieta. Real Sociedad has announced that 10 players from the first team and 7 from the subsidiary are positive for COVID. There are 17 players in total between both squads, that we remember, they play in the first and second division.

In addition, other teams have also announced that they have detected infections in the tests before returning to work. It is, for example, the case of Espanyol. The perico club has announced that five first-team footballers and two members of the technical staff they are infected. They have not been the only ones. Cádiz has also announced five positives in its first team.

Celta de Vigo, meanwhile, continues to add infections from the outbreak that it already announced that it had in its squad before Christmas Eve. The celestial club has announced another 5 positives, bringing the total number of players affected by COVID-19 to 9. Five infections have also been recorded by Levante UD. Also Real Betis and Alavés, which have revealed 6 infections each, and Elche, which has reported 4, are affected.

The situation in the silver category is similar. Real Sociedad B announced this Monday 7 positives in its squad. Other teams, such as Burgos, have announced 13 infections. Four players from the first team have tested positive during the sanitary controls required by LaLiga after the Christmas holidays, in addition to the coach, Julián Calero, who will not be able to lead the team this coming Friday against Amorebieta in El Plantío. To all of them must be added another 8 positives, also detected by PCR test, among members of the coaching staff and club employees, the fifteen asymptomatic and isolated in their homes, sources from the Burgos entity reported this Tuesday.

A similar situation has the Ibiza. His new coach, Paco Jémez, was at ‘El Larguero’ this Monday, and said that he is training with seven players, only five from the first team, and a goalkeeper before the outbreak in the club.

🤒 This Monday the @ibizaud trained with seven players and a goalkeeper for multiple cases of coronavirus pic.twitter.com/fHG87bgnwA

Girona has also announced this Tuesday that it has five positives between the squad and technical staff: three players from the first team and two members of the coaching staff. The same, three footballers, has infected Huesca.