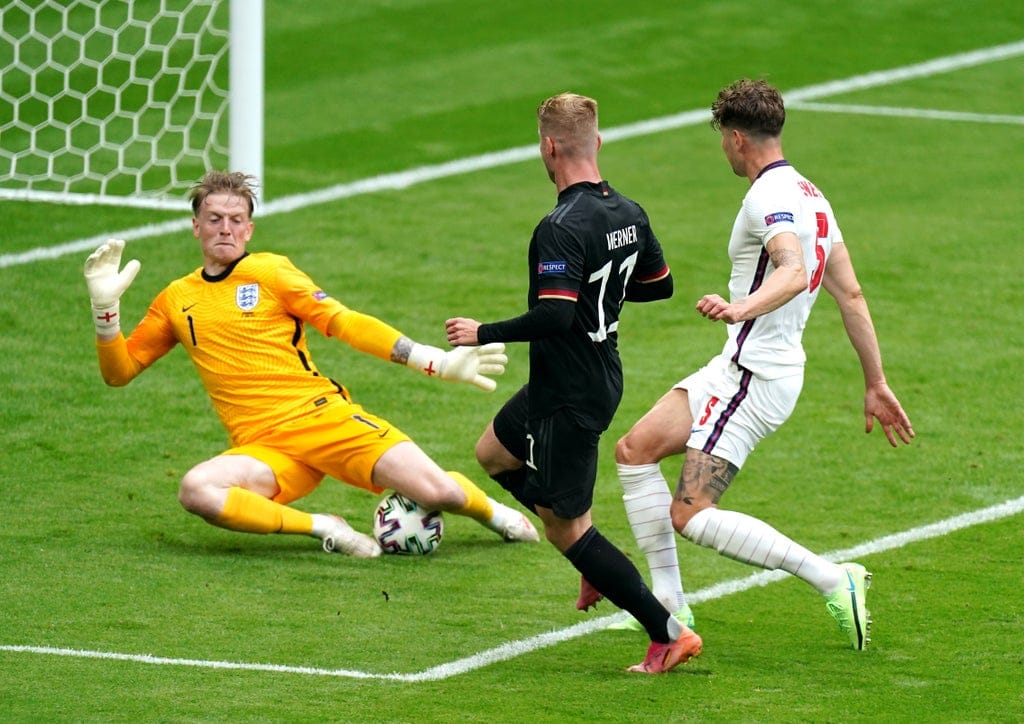 David James has backed England number one Jordan Pickford to keep answering his critics but believes Aaron Ramsdale should get a chance to prove his worth before the World Cup.

Preparations for the tournament in Qatar step up to gear this month as the Three Lions convene at St George’s Park before Wembley friendlies against Switzerland and Ivory Coast.

England’s options across the pitch are being pored over and the goalkeeping situation continues to be debated by onlookers.

Everton goalkeeper Pickford’s position has been under scrutiny ever since he secured the starting job before the 2018 World Cup – the kind of attention 53-cap former goalkeeper James knows a thing or two about.

“If you go back to the World Cup in 2018, you’ve got a young goalkeeper who at that time had taken over the reins,” James told the PA news agency.

“The competition was kind of open but that tournament he was fantastic and I think he sort of allayed a lot of people’s fears in the sense that he performed at such a high level. I do not think there was a question about his selection of him.

“I think this is one of these kind of paradox things about England; you have to play well at club level to get into England, but once you’re in and established then arguably it’s your England form that will lose you that position.

“One thing Jordan hasn’t done is let his country down with regards to his performances. I was at the semi-final and the final at the Euros. He was equal to (Italy goalkeeper Gianluigi) Donnarumma in that final.

“Unfortunately, it was an England penalty that was missed that cost the final – he saved as many as Donnarumma and his performance in it was fantastic. So, again, Jordan Pickford answers any critic with regards to his England form of him.

Pickford’s main competition for the starting spot in Qatar is absent for this month’s friendlies due to a hip injury.

Ramsdale has enjoyed a fine first season at Arsenal and former goalkeeper James would like to see him start a more testing match than his only appearance in November’s 10-0 defeat of San Marino.

“What would be nice is having Aaron Ramsdale being given the opportunity before the World Cup to say ‘well, I can do the same things (as Pickford)’,” he said.

“Obviously with Arsenal he is in, you would argue, a team which is more akin to the way that England would play than perhaps Everton at the moment, and therefore there might be a seamless transition from Arsenal to England.

“We will only tell if (he is) given the opportunity but, as I say, Jordan for no reason would be dropped just because Aaron Ramsdale’s fighting for the top four with Arsenal.”

Ramsdale will hope to have that opportunity when Southgate’s side play four Nations League games in June, when James will also be representing his country.

The 51-year-old will line-up for England in Soccer Aid for UNICEF at the London Stadium on June 12 – the day after Southgate’s side take on Italy.

“This is my third Soccer Aid, which I’m very proud to be able to say,” James – whose England team-mates will include the likes of Gary Neville, Jamie Carragher and Joe Cole – said.

“I think with 2022 we’ve got something quite exceptional on the back of last year raising £13million, which was a record-breaking feat. Last year at the Etihad was absolutely amazing.

“I think the London Stadium is fit for the big occasion. Usain Bolt will be trying to relive his 2012 moment – ​​and not relieve his Soccer Aid moment from last year, when he was one-on-one with me and missed.”

:: Soccer Aid for UNICEF 2022 takes place on Sunday, June 12 at the London Stadium. A family of four can attend the game for just £60 – buy your tickets at socceraid.org.uk/tickets