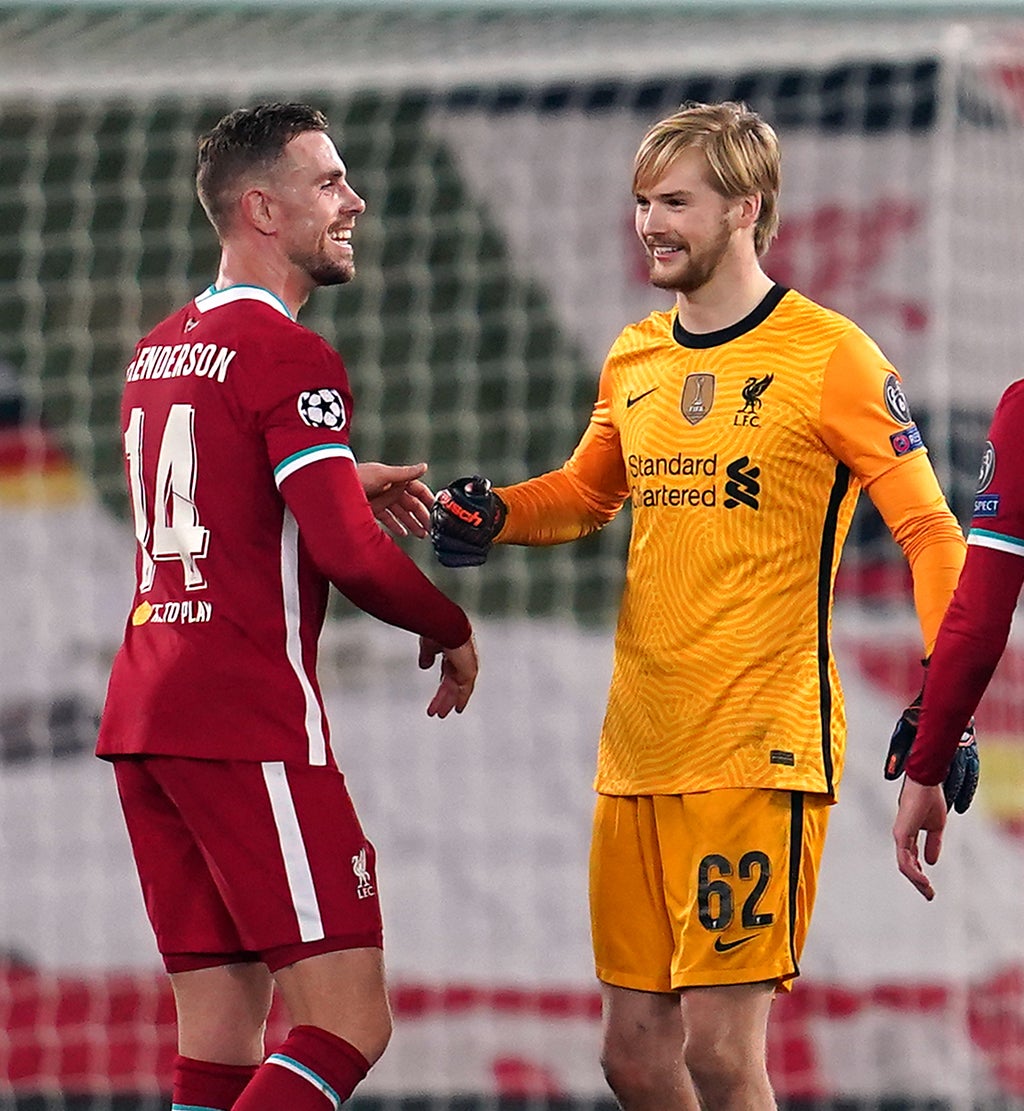 The Republic of Ireland international has played every tie bar one – when first-choice Alisson Becker was given a game after a Covid-enforced absence – this season and boss Jurgen Klopp took the unusual step of publicly naming the 23-year-old as a guaranteed starter a whole month before the trip to Wembley.

That has attracted criticism from some quarters who believe he should play his best goalkeeper but Kelleher has the full support of his manager and team-mates.

“He’s a fantastic lad, very level-headed and as a keeper: shot-stopping is fantastic, distribution is amazing – and so calm as well.

“He’s learning from the best keeper in the world day in, day out, which will help him. He’s always had that calmness about him, even when he makes big saves he has that calming presence about him which I really like.

“It will be a big moment for him at the weekend but he has to just keep doing what he’s been doing because he’s been fantastic.”

Assistant manager Pep Lijnders has a longer history with Kelleher than anyone in the first-team set-up and he also has no doubts about his qualities or temperament.

“I was the coach of the under-16s when we signed him so he came into my team. We saw from the start all the things that he shows now on a really high level, he had at that time,” he said.

“I think Caoimhin is a really good example. Him reaching the final shows there is an inside path for all young goalkeepers inside our club. It’s a compliment for the goalkeeper department, of course, to have this trust, for the manager to have this trust.

Klopp returns to Wembley hoping to make it third time lucky at the stadium having lost the Champions League final with Borussia Dortmund and the League Cup final against Manchester City within four months of taking over at Anfield.

The German is not a big believer in omens but one thing he will be changing is his choice of attire.

“I will not wear a suit but not because I am superstitious. I am pretty sure that someone told me before the Carling Cup final that I needed to wear a suit,” he said.

“With the Champions League in 2013, honestly, it is really silly but someone told me that it was expected to wear a suit on the touchline and then when I saw the coach next to me without a suit I thought, ‘Are you kidding me ?’.

“No, I will not wear a suit for a football game unless it is a rule. It is not a problem. I don’t go as a tramp to a wedding or whatever. There are things you have to wear, but if I have a free choice (I won’t).

“I could stand there in swim shorts and as long as we win people will be happy. If we don’t win, it will be a big story – I will not wear swim shorts though.”