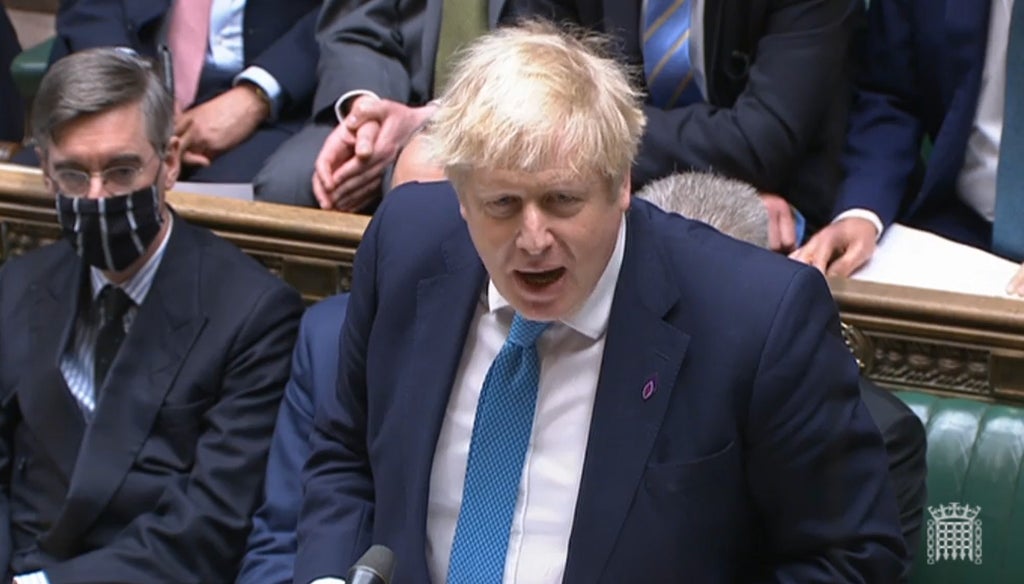 Boris Johnson’s anxious wait for an official report on the No 10 matches continues as he again faced calls to resign over the dispute.

The prime minister has been speaking to Conservative MPs in the House of Commons in a bid to bolster his position as he awaits civil servant Sue Gray’s report on parties at No 10 and Whitehall during the 2020 coronavirus lockdowns.

The report was expected to be delivered to Number 10 on Wednesday, but had not been delivered when the House of Commons adjourned for the day, meaning Johnson will not be able to make a statement to MPs about his findings.

It is understood that it has not been delivered at 19:00 either.

In Prime Minister’s Questions, Johnson rejected calls to resign and insisted he was “getting on with the job”, although he acknowledged there were people who “want me out of the way”.

The content of Ms Gray’s report could play a significant role in deciding the fate of Mr Johnson’s leadership, and conservative critics await her findings before deciding whether or not to file formal letters of distrust of him.

An indication of how damaging the report could be to the government came when the head of Scotland Yard, Dame Cressida Dick, announced that a police investigation was underway, based in part on evidence obtained by Gray’s investigation.

Labor leader Sir Keir Starmer suggested that Johnson had misled Parliament over the Downing Street parties, something that would normally require a minister to resign.

Asked if he would now step down, the prime minister said: “No.”

Sir Keir said: “Now we have the shameful spectacle of a UK Prime Minister subject to a police investigation, unable to lead the country, unable to do the right thing and every day that his Cabinet does not speak up they become more and more complicit. ”

He said Johnson and his administration “have shown nothing but disregard for the decency, honesty and respect that define this country.”

But he said Sir Keir wanted him out because “he knows this government can be trusted to deliver.”

He added: “We are, and in particular I am, getting down to work.”

The question of how the Gray report will be published appears to be a source of tension between the investigative team and Number 10.

Sources close to the investigation hope it will be released in full, though it is ultimately a matter for Johnson to decide.

Downing Street said it “intends” to publish the report in the format Johnson receives it.

“It is simply a reflection of the fact that we have not received the findings and we do not know their format, so our intention remains to publish it as received,” the Prime Minister’s official spokesman said.

The spokesman said he was not aware of police asking to interview the prime minister in relation to the Met investigation, but “as a general rule, I’m not going to get into people who may or may not be involved.”

Labor could use parliamentary procedures in an attempt to force the full Gray report if Johnson does not publish it.

That could take the form of a “humble speech”, effectively a message to the Queen demanding the publication of documents.

The steady stream of alleged breaches of lockdown rules has undermined the prime minister, but many critics have refrained from submitting formal letters of censure until Ms Gray’s report is published.

If Sir Graham Brady, chairman of the 1922 Endorsement Committee, receives 54 letters, from 15% of Conservative MPs, a vote on Mr Johnson’s leadership would take place.

“I don’t need Sue Gray or the police to tell me or my Harlow constituents that what has happened has been pretty horrible,” he told Times Radio.

“We all feel let down and disappointed.”