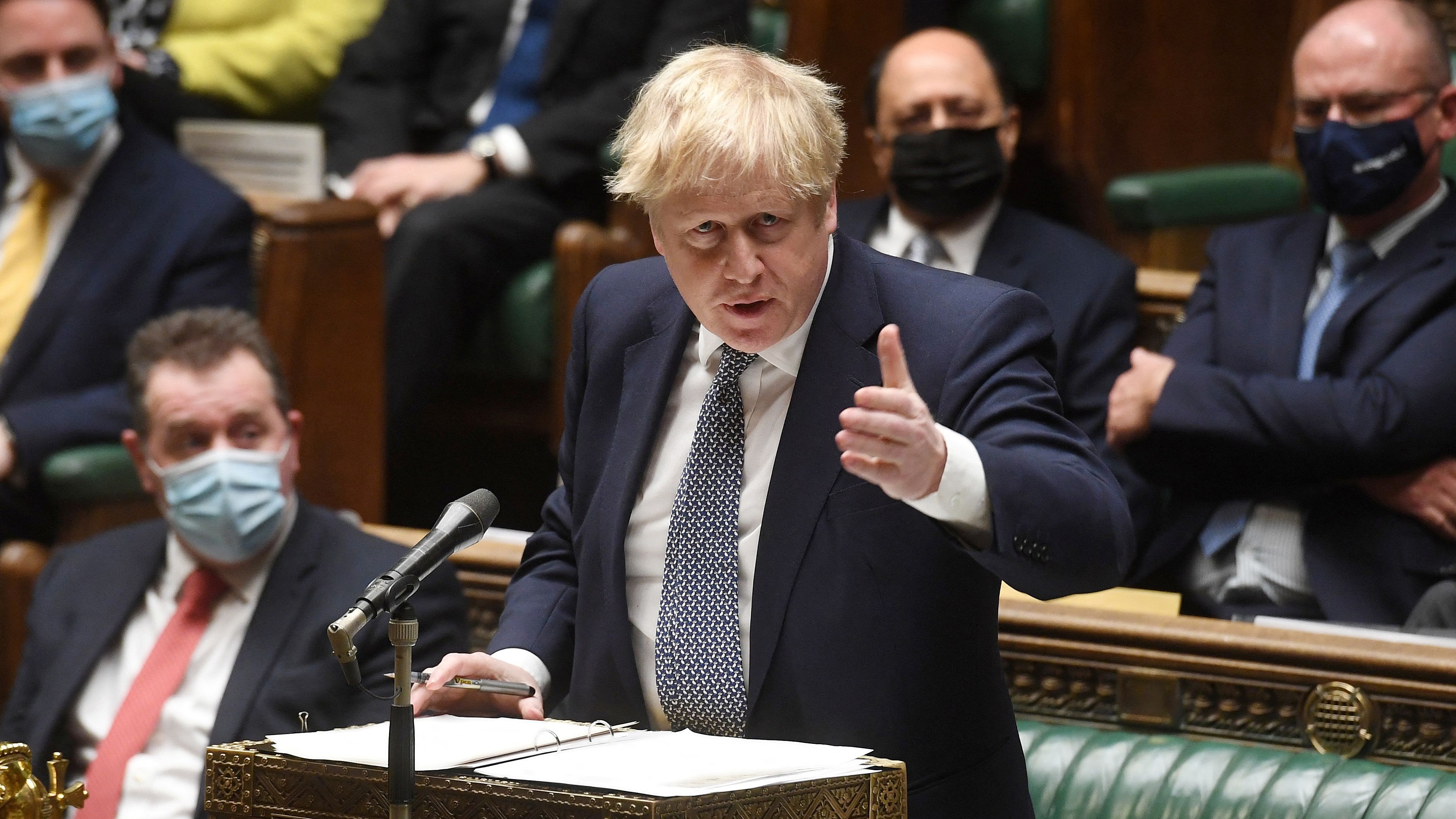 Deputies, ministers, journalists… everyone who moves in the “political bubble” of Westminster Whitehall, in London, has been paralyzed since early this Wednesday, waiting for the permanent deputy secretary of the Cabinet Office, Sue Gray, deliver your final report on the investigation into the Downing Street banned parties. There is a general consensus that the next few hours will be crucial for the political future of Boris Johnson. The prime minister has appeared this Wednesday in the control session of the House of Commons to face a new battery of harsh criticism from the Labor opposition, especially after the decision of the Metropolitan Police was known in the last few hours. of London to start an investigation of the controversial parties on their own, in the midst of confinement. Johnson appears without the report having been released yet, because it is inconceivable that he would announce his conclusions himself without giving the deputies time to examine it in detail. What he has done, however, is hide behind the current crisis in Ukraine to downplay the scandal that plagues him.

The decision of the moment in which the text is delivered corresponds to Gray, but Downing Street reserves the prerogative to review it and cancel those parts that may compromise the personal safety of the officials involved. If at some point Johnson’s team considered publishing only a summary of the report, the pressure of recent days has made them rethink that strategy and announce their willingness to publish it in full.

The leader of the Labor opposition, Keir Starmer, has pointed out the escalation of seriousness of the whole scandal that the fact that the police have decided to open their own investigation supposes. Johnson, with the same defiant tone that he has decided to adopt in recent hours, has hidden behind the fact that the report is not yet public, and therefore he cannot comment on it. In exchange, he has reproached Starmer for insisting on the holiday issue while other more important issues are on the table, such as the Ukraine crisis. “The UK government and its prime minister are succeeding in uniting the entire West in putting together the toughest possible sanctions package against Russia,” Johnson boasted. Not a single attack argument has been left in the drawer. He accused Starmer of being against Brexit or of having hindered the end of the confinement or the deployment of the vaccination campaign. And he had the support of the handful of faithful conservative deputies that he maintains, who have not stopped shouting and booing the opposing party.

A large part of the other Conservative MPs, those who had expressed their weariness with Johnson, finally chose to wait for Gray’s report to appear, before deciding whether to send a “letter of withdrawal of confidence” to the leadership of the parliamentary group. According to the statutes of the Conservative Party, when the direction of the historic 1922 Committee (the body that organizes parliamentarians without a position in the Government) receives a number of letters equivalent to 15% of the deputies, which currently represents 54, the internal censure motion mechanism. It would be the way to bring down, if he succeeded, Johnson.

The conservative politician and his team have given signs in recent days that they are not willing to throw in the towel. Johnson will appear in the House of Commons immediately, once the investigation report is published, to once again apologize to the nation and try to control “the final account of everything that happened,” Downing Street sources have explained. Sue Gray had neither the competence nor the authority to declare Johnson innocent or guilty, and has limited herself to reflecting in her text a complete account of the facts and their contradiction with the current regulations to combat the pandemic. But he has also passed on some of his information to the London Metropolitan Police.

Its director, Cressida Dick, announced this Tuesday the opening of an investigation into several of the parties prohibited during confinement. Johnson will be forced to testify before the agents conducting the investigations, either as a witness or as an investigator (with the presence of a lawyer and prior warning that “he is not required to testify against him”). The last time something like this happened was in 2006, when Tony Blair was questioned as a witness in the scandal of the exchange of honorary degrees for money. The Conservative Prime Minister will want to convince his own of the need to turn the page as soon as possible and concentrate on more urgent issues, such as the crisis in Ukraine and Russia, or the complicated winter that the country is going through with skyrocketing inflation and a notable increase in cost of life for many British households.

See also  Brussels gives the green light and Spain will be the first country to receive the second payment of the funds: 10,000 million | Economy

The fear, expressed by several Conservative deputies, is that the police investigation will drag on, and the Government will be in a state of semi-paralysis all this time, which will further deteriorate the credibility of Johnson and the Conservative Party. “This is going to drag on for several months, and most of us would like to put it behind us and get back to political normalcy. It will not be possible while Johnson remains in office,” said Conservative MP Robert Syms, another of those who has already publicly expressed that he is considering sending a “letter of withdrawal of confidence” to the leadership of the parliamentary group.