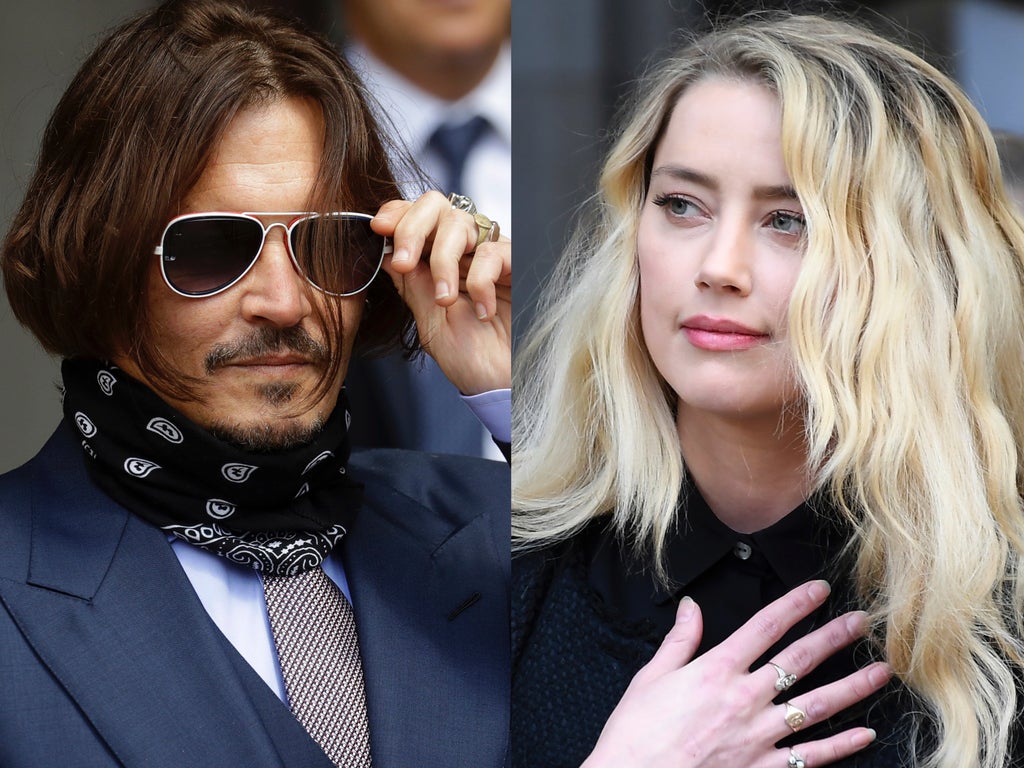 Johnny Depp’s multi-million defamation lawsuit against his former wife, Amber Heard, continues in Virginia. The court has heard from the actor’s sister Christi Dembrowski, who also acted in part as his business manager, and his artist friend and neighbor Isaac Baruch, who gave especially colorful and emotional testimony.

Depp claims a 2018 article written by Heard in Washington Post – in which she spoke about domestic violence towards women – implied Depp, her former husband, was an abuser.

Although the 35-year-old did not name the actor, lawyers for Depp say Heard’s allegations have made it difficult for the 58-year-old to land roles he previously did.

Depp is known for starring in films such as Pirates of the Caribbean, Sweeney Todd and Charlie and the Chocolate Factory. Heard has appeared in titles including Aquaman and Drive Angry.

He is asking for $50m (£38.2m) in damages during the trial in Fairfax County’s district courthouse. Heard has meanwhile filed a counterclaim of defamation against Depp, who she divorced from in 2017, for nuisance.

Depp has previously lost a defamation case in the UK against British newspaperThe Sun regarding the claims in Heard’s 2018 article.

Explosive new allegations have been made by Amber Heard about her ex-husband, Johnny Depp, during the opening arguments of his $50m defamation trial.

The legal team representing Johnny Depp in the defamation case against his ex-wife Amber Heard has made their opening statements, with Mr Depp’s attorneys painting Ms Heard as a compulsive and chronic liar who used the allegations she made against the actor as a means to advance her own career.

They claimed she wanted to portray herself as a heroic survivor of abuse.

The attorneys also noted Mr Depp’s drug and alcohol use, but argued that a substance abuse problem does not prove that he ever hurt Ms Heard.

ICYMI: Fans, stars, and a flurry of questions

Johnny Depp and Amber Heard were both present for the first day of the defamation case opposing them in Virginia, Clémence Michallon reports from Fairfax.

Johnny Depp once called Amber Heard a “c**t” and referred to her “rotting corpse” in a text to a friend, a US court heard on Wednesday (13 April).

The message was read as part of the defamation case opposing Depp and Heard in Fairfax, Virginia.

The day’s witnesses included Depp’s longtime friend Isaac Baruch, who was asked by Heard’s attorney Elaine Bredehoft: “Do you recall Mr Depp ever telling you that he hoped that Amber Heard’s rotting corpse is decomposing in the f*****g trunk of a Honda Civic?”

Baruch pointed to a monitor on which the message was displayed and said: “Yeah. Well, I say yeah – I’m seeing it here, so obviously, yeah, it was said. It was written.”

Clémence Michallon has the full story

A friend of Johnny Depp testified as a witness on day three of the defamation trial opposing Depp and his ex-wife Amber Heard.

Isaac Baruch was called to testify on Wednesday (April 13) in Fairfax, Virginia. He took the stand after cross-examination wrapped up for Mr Depp’s sister Christi Dembrowski.

Mr Baruch said he first got to know Mr Depp when both were teenagers in Florida, playing in bands. He testified for a couple of hours, giving colorful testimony that at times drew smiles and laughs from others in the courthouse – including Mr Depp and Ms Heard themselves.

Johnny Depp’s sister says Amber Heard called him “old and fat” and that the actor’s family was “devastated” at his marriage to her.

Christi Dembrowski made the claims as she took the stand as the first witness in the multi-million dollar defamation trial in Virginia, in which Depp claims that a 2018 article on domestic violence she wrote for Washington Post implied he was an abuser.

She told the court that while she had seen Ms Heard “be nice” to her brother, she had also seen her “be not nice” and gave details of one such confrontation.

The actor appeared to stifle a laugh during opening statements in the case, when Ms Heard’s lawyer, Elaine Bredehoft, told the civil jury of 11 people that “Johny Depp is obsessed with Elon Musk”.

In an opinion column for the new york postMorgan wrote: “I can honestly say that the number of f***s I give about this shamelessly deluded and self-obsessed pair of whiny wastrels could be written on the back of Mycoplasma genitaliumthe planet’s smallest living organism.”

In the defamation case against Amber Heard brought by her ex-husband Johnny Depp, a former neighbor of the couple became emotional during extensive testimony about his friendship with the pair.

Isaac Baruch, who first met Depp as a teenager in Florida and became his longtime friend, lived in one of the five penthouse lofts at the Eastern Columbia Building in Downtown Los Angeles owned by the actor.

At one point on Wednesday, he was asked by Heard’s lawyer Elaine Bredehoft if he was angry with her client given all that unfolded as the couple broke up and allegations were made against Depp.

Here’s how I responded:

Judge Azcarate dismisses the jury for the evening.

Court resumes tomorrow at 10am.