Skip to content
Home News Joe Rogan podcast guest claims pandemic is ‘just a money grab, they are trying to kill us’ 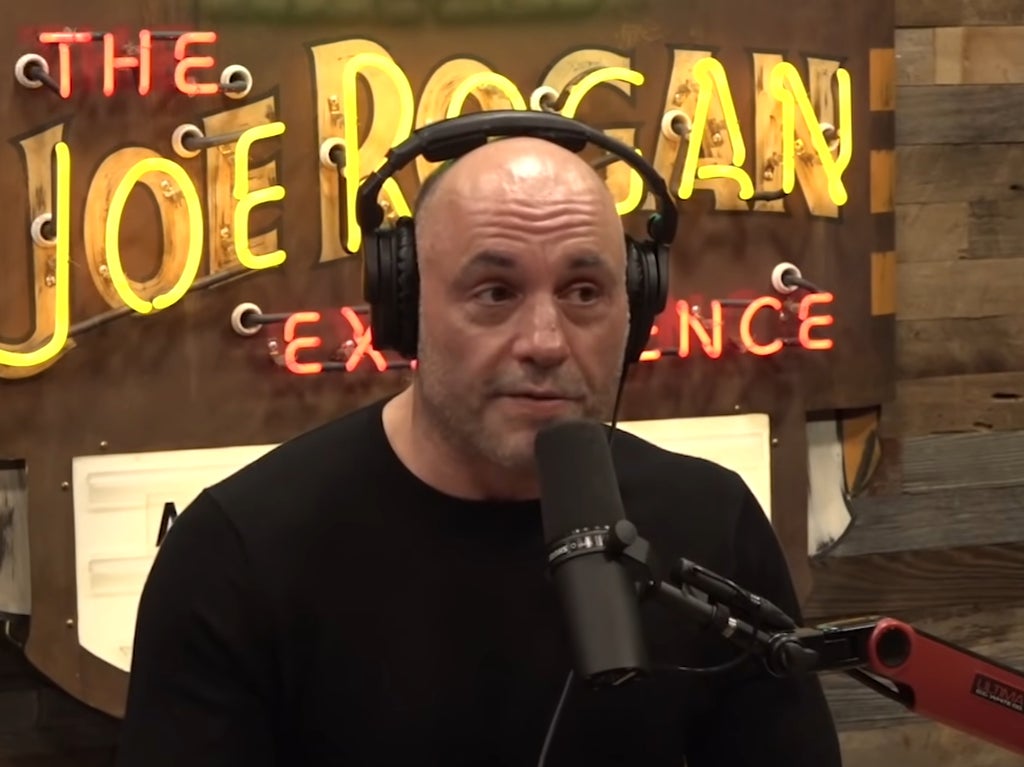 Under fire podcaster Joe Rogan was confronted with his own Covid-19 conspiracies as a guest claimed the pandemic “is just a money grab, they are trying to kill us”.

MMA fighter Julianna Pena, who has had Covid, used interviews Rogan has done with Dr Robert Malone and Dr Peter McCullough as evidence to support her position.

It came as Rogan has been condemned by scientists for spreading misinformation about vaccines and Covid-19 on The Joe Rogan Experience.

Rock legend Neil Young has even removed his catalog from Spotify after the streaming service refused to take any action against Rogan, who is their biggest star.

“I’m a massive conspiracy theorist on this whole thing, and I have been from the very beginning. I’m like, this is just a money grab. This is, they’re trying to kill us, you know, and this is ridiculous,” Pena told Rogan on his Thursday show.

Even Rogan seemed to think that the fighter had gone too far in her claims.

“I don’t know. I don’t think they’re trying to kill us. I think there’s a lot of confusion as fas as what works and what doesn’t work,” Rogan replied.

Pena then cited Peter McCullough saying that “like a specific plant that’s growing somewhere and then one day, like they were all burned, gone. Well, he said that there is like a field of like this medicine like somewhere else and then when they went to go back for it, it was not all like burned down.”

Rogan asked if she meant it happened in the Amazon, and told her that any burning of crops in that region “might not be a conspiracy to kill people”.

“It might just be slash and burn agriculture that they’re doing for livestock, like what they do in Brazil … they’ll slash and cut down giant chunks of the forest in the rain forest and they use it just for grazing land for cattle. But in doing so, you know, you’re destroying this ecosystem.”

Pena told Rogan, “I don’t even think it’s a conspiracy anymore with all the other stuff that’s happening, it’s just like, no, this is reality.”

Rogan told her that there were “a lot of people scared and there’s a lot of confusion” about Covid-19.

“There’s also a lot of people that don’t want people discussing things. I know they only want one narrative, right?” I have added.

“And that’s where it becomes a problem for me because science is supposed to be debated between experts and oftentimes people who are highly credentialed, who are experts in their field disagreeing vehemently about the exact same subject with the exact same facts at hand.”

Rogan also told her that he believed being fit and working out “a lot” was “a big factor” in overcoming Covid.

“This is how little emphasis they’ve put on getting people to change their lifestyle,” he said.

“Make better lifestyle choices, right? You know, that’s f***ing crazy when you find out how many people that wind up in the hospital that are overweight.”