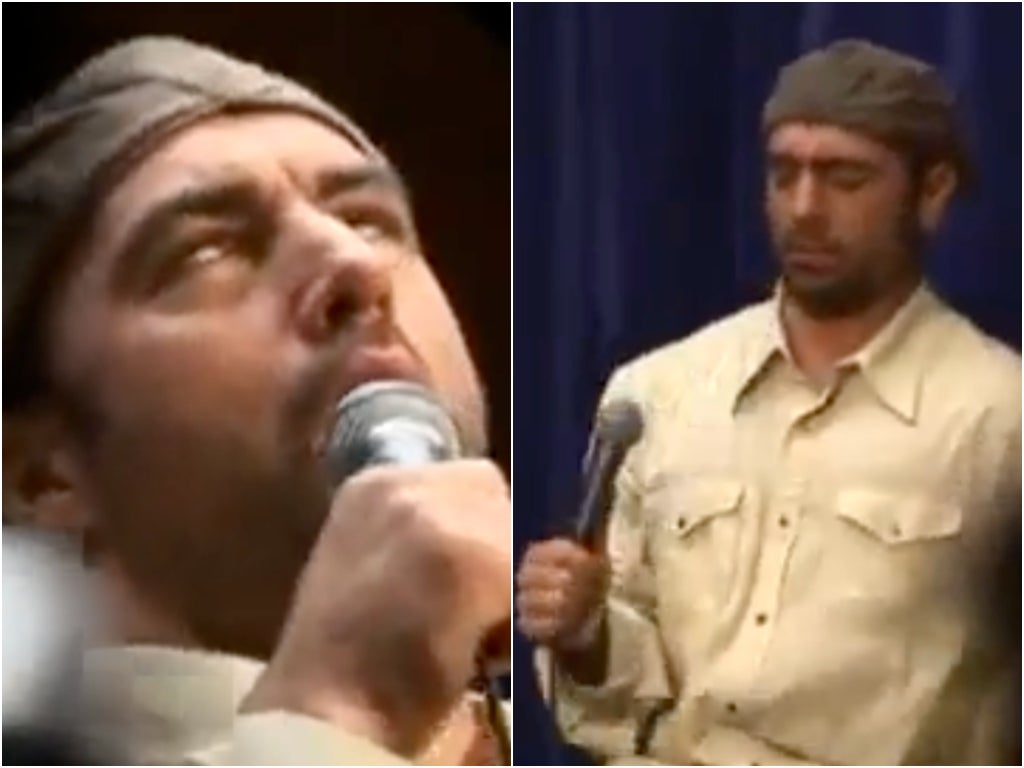 Joe Rogan impersonated a child with a disability in a clip from a 2006 stand up special that has resurfaced and gone viral amid the podcaster’s string of controversies concerning Covid-19 vaccine misinformation and his past use of racist language.

The clip, posted by the Twitter account “Fifty Shades of Whey” has been viewed more than 245,000 times since being posted on Friday.

The video shows Mr Rogan joke about how an eight-year-old boy with an intellectual disability would supposedly react to the biblical story of Noah’s Ark.

“You tell the story of Noah and the ark to an eight-year-old retarded boy, he’s gonna have some questions,” Mr Rogan said during his 2006 stand up show Joe Rogan: Live.

The comedian and former TV host then appears to impersonate the boy, sitting on a stool and rocking back and forth as he shakes his head several times.

“I wonder if @spotify is aware that they threw $100 million at someone so painfully unfunny that he impersonates a disabled child in his ‘comedy’ as a punchline,” the Twitter user posting the video weighted.

Mr Rogan is embroiled in several scandals after a number of artists, including Neil Young and Joni Mitchell, said they would have their music removed from Spotify, the platform hosting Mr Rogan’s podcast – The Joe Rogan Experience – that he launched in 2009, because it promoted Covid-19 vaccine misinformation.

Fellow musician India. Arie has said she would also leave the platform because of Mr Rogan’s use of racist language after a video compiling 22 instances of Mr Rogan using the N-word was posted online.

Spotify has announced that they will now include a content advisory before all podcasts that discuss Covid-19 to share information from experts with listeners.

Mr Rogan has apologized in videos posted to Instagram, addressing both Covid-19 misinformation and his use of racist language. In one video, posted on Saturday, he said that his use of the N-word is the “most regretful and shameful thing that I’ve ever had to talk about publicly”.

But he added that the videos included in the compilation had been “taken out of context” and that he hadn’t used the racial slur for years.

Following his apology, a 2017 video from his podcast resurfaced in which Mr Rogan argued that the use of the N-word should be allowed. He also used a number of other racial and ethnic epithets.

“Yeah?” I added following the audience’s reaction. “Even explaining that that’s a dangerous word to say and saying the word, everybody’s like, ‘oh, this can start some s***!”

“Only Black people are allowed to say it and I respect that. I never say that word… unless I’m positive there’s no Black people around,” he said at the time. “And then even when I say it, I don’t say it in a racist way. I’m not racist at all. I say it just because it sounds pretty cool. It’s not fair that you guys get to use that word.”

Spotify CEO Daniel Ek wrote to company staff that removing hosts from the platform is not “the answer”. He also said that Mr Rogan personally asked that 113 of his past episodes be removed from the platform.

“While I strongly condemn what Joe has said and I agree with his decision to remove past episodes from our platform, I realize some will want more,” Mr Ek wrote in the memo to Spotify staff. “We should have clear lines around content and take action when they are crossed, but canceling voices is a slippery slope. Looking at the issue more broadly, it’s critical thinking and open debate that powers real and necessary progress.”

“I think it’s critical we listen carefully to one another and consider how we can and should do better,” he said. “I’ve spent this time having lots of conversations with people inside and outside of Spotify—some have been supportive while others have been incredibly hard, but all of them have made me think.”