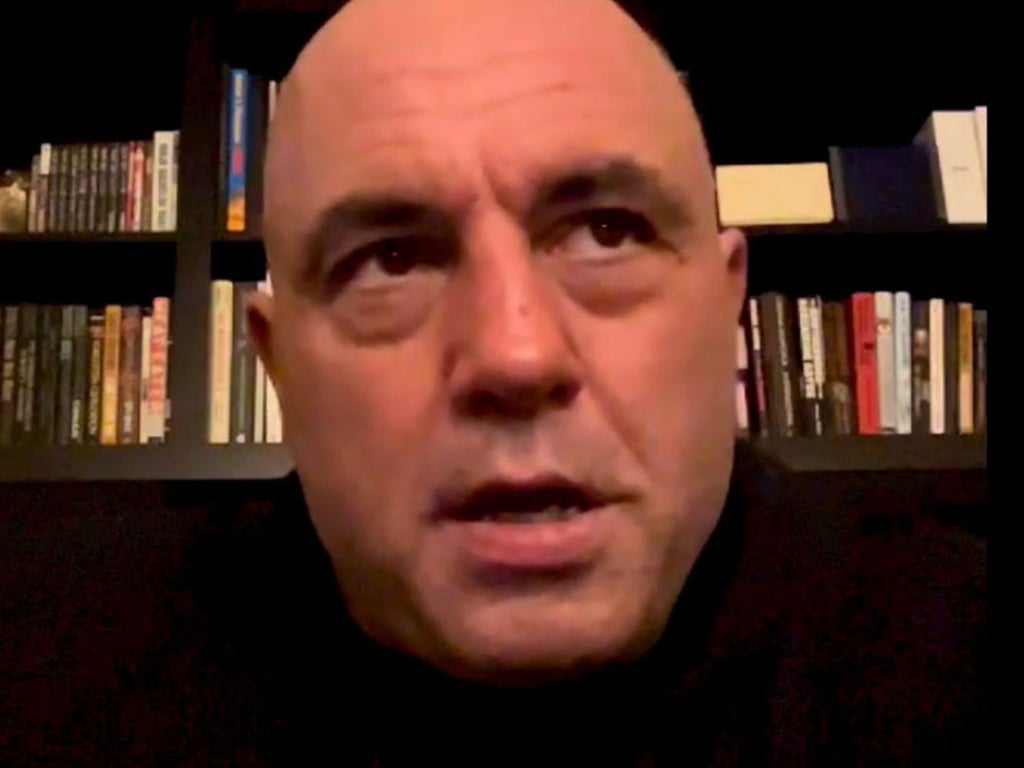 Joe Rogan claimed that black people have “a different brain” in a resurfaced video that surfaced as the podcaster was forced to apologize for using the N-word on his previous shows.

“Powerful genetic mix wise,” Rogan told a guest who said he had a black father and a white mother. “Right? You get the black man’s body and then you get the white man’s mind in a weird combination.”

“That, by the way, doesn’t mean black people don’t have a brain, it’s a different brain,” Rogan can be heard saying in the clip above.

The podcaster apologized for using the N-word after multiple clips surfaced online showing him using the racial slur 22 times.

“There is a compilation made of clips, taken out of context, of me from 12 years of conversations on my podcast. It’s all mixed up and it looks fucking horrible, even to me,” Rogan said in an Instagram video posted on Saturday.

“I know that for most people there is no context in which a white person is allowed to say that word, and now I agree with that,” he said. “I haven’t said it in years… I thought as long as it was in context, people would understand what I was doing.”

“I never used it to be racist, because I’m not a racist,” he added. “But every time you’re in a situation where you have to say ‘I’m not racist,’ you’ve screwed up. And clearly I’ve screwed up.”

Singer India Arie requested that her music be removed from Spotify on Tuesday due to Rogan’s “racial language,” saying it was “problematic” and that she felt she could “walk through” an “open” door for the Canadian singer. Neil Young, who asked for his music to be removed from the platform due to misinformation about the Covid-19 vaccine in The Joe Rogan experience.

India Arie said that Mr. Rogan “shouldn’t even say the word. Don’t say it, in any context.”

Joni Mitchell also joined the Spotify boycott due to the Covid-19 misinformation on the podcast.

In his Instagram video, Rogan also talked about an old episode where he seemed to juxtapose a black neighborhood and the movie. Planet of the Apes.

“I was telling a story on the podcast about me, my friend Tommy and his girlfriend,” he said. “We got high and went to see Planet of the Apes. We were dropped into this completely black neighborhood and I was trying to make the story entertaining. I told him: ‘We went out and it was as if we were in Africa, we were in Planet of the Apes. I never said or would ever say that blacks were apes, but it sure sounded like that. Right after I said it was a racist thing to say.”

The comedian and sportscaster began The Joe Rogan Experience in 2009, gaining a massive following and signing a deal with Spotify in 2020 for a reported $100 million. More than 1,700 episodes have been produced.

Spotify has posted its content policies, stating that Rogan must follow the guidelines. CEO Daniel Ek rejected calls for his company to drop Rogan, saying that Spotify is merely a platform that hosts the show and that the company has no editorial control over the podcast.

Cottage perched perilously close to cliff edge goes on the market for £295,000