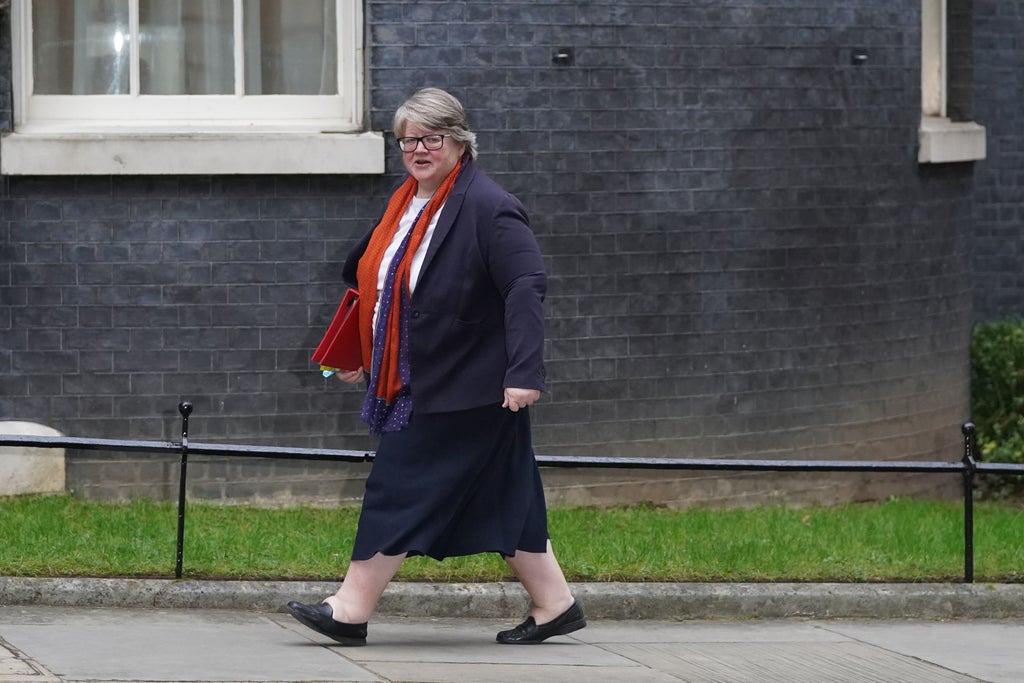 Universal credit claimants will be forced to search for jobs outside their preferred sector after just four weeks or face the prospect of sanctions, under a controversial tightening of the benefits system.

Therese Coffey, the work and pensions secretary, said the move would help people “to get any job now” and forms part of a new government drive to get 500,000 jobseekers back into work by the end of June.

But ministers were immediately warned the new policy — dubbed “Way to Work” — was “callous”, risked “creating huge amounts of anxiety and stress” and could force people to accept insecure short-term employment.

Labor also described the move as “tinkering around the edges” and said it had “more to do with trying to save” Boris Johnson’s premiership after weeks of controversy over allegations of parties during Covid lockdowns.

Under the existing rules, claimants are given three months to find a job in their preferred sector, before facing the possibility of benefit sanctions.

But the new system will mean jobseekers will be forced to widen their search outside their area after just four weeks. They will face the possibility of sanctions if they are deemed not to be making reasonable efforts to secure a job in any sector, or if they turn down an offer of employment, the Department for Work and Pensions (DWP) said.

The government claimed that the current data showed the demand for workers was there, with 1.2 million vacancies, and insisted jobseekers will get more face-to-face time with a work coach and more tailored support.

See also  Mélenchon brings together the left vote with 20%

She added: “This callous move could see skilled workers forced to accept insecure short-term employment, for fear of having the rug pulled out from under them, and create a cycle of unemployment. What is worse, these harsh sanctions could be applied within weeks of applying for universal credit — before people’s first payment even arrives.”

Labour’s shadow employment minister Alison McGovern said: “This announcement has more to do with trying to save the prime minister’s job than supporting people into work. It’s just tinkering at the edges – long-term unemployment is 60 per cent higher than before the pandemic.

“People should be supported into good jobs that match their skills, which would give them a better chance of secure work long-term.”

Anastasia Berry, policy manager at the MS Society and policy co-chair of the Disability Benefits Consortium (DBC), also criticized the move, saying it “worryingly implies that if some people on universal credit — which includes some living with MS — don’ t get a job, they’ll risk losing their benefits”.

“MS is unpredictable and different for everyone, and living with a fluctuating condition can often mean that, sadly, many jobs are completely unsuitable.”

She added: “Taking a forceful approach will not help everyone, especially disabled people, get into and remain in high quality and appropriate work.

“Instead it risks creating huge amounts of anxiety and stress — and could force people to do unsuitable, poorly paid and insecure jobs. The prime minister must understand that to help disabled people find work it has to be free from fear and threats”.

Announcing the new policy, Ms Coffey, the work and pensions secretary, said: “Helping people to get any job now, means they can get a better job and progress into a career.

“Way to Work is a step change in our offer to claimants and employers, making sure our job center network and excellent work coaches can deliver opportunities, jobs and prosperity to all areas of the country.

“As we emerge from Covid, we are going to tackle supply challenges and support the continued economic recovery by getting people back into work. Our new approach will help claimants quickly get back into the world of work while helping ensuring employers get the people they and the economy needs.”

The chancellor Rishi Sunak added: “It’s important that everyone has the opportunity and support to find a good job to help them get on in life.

“That’s why we’re doubling down on our plan for jobs with this new campaign to harness the talent of jobseekers and support employers to fill vacancies, find work and create new opportunities. Together we will boost this country’s job-led recovery.”