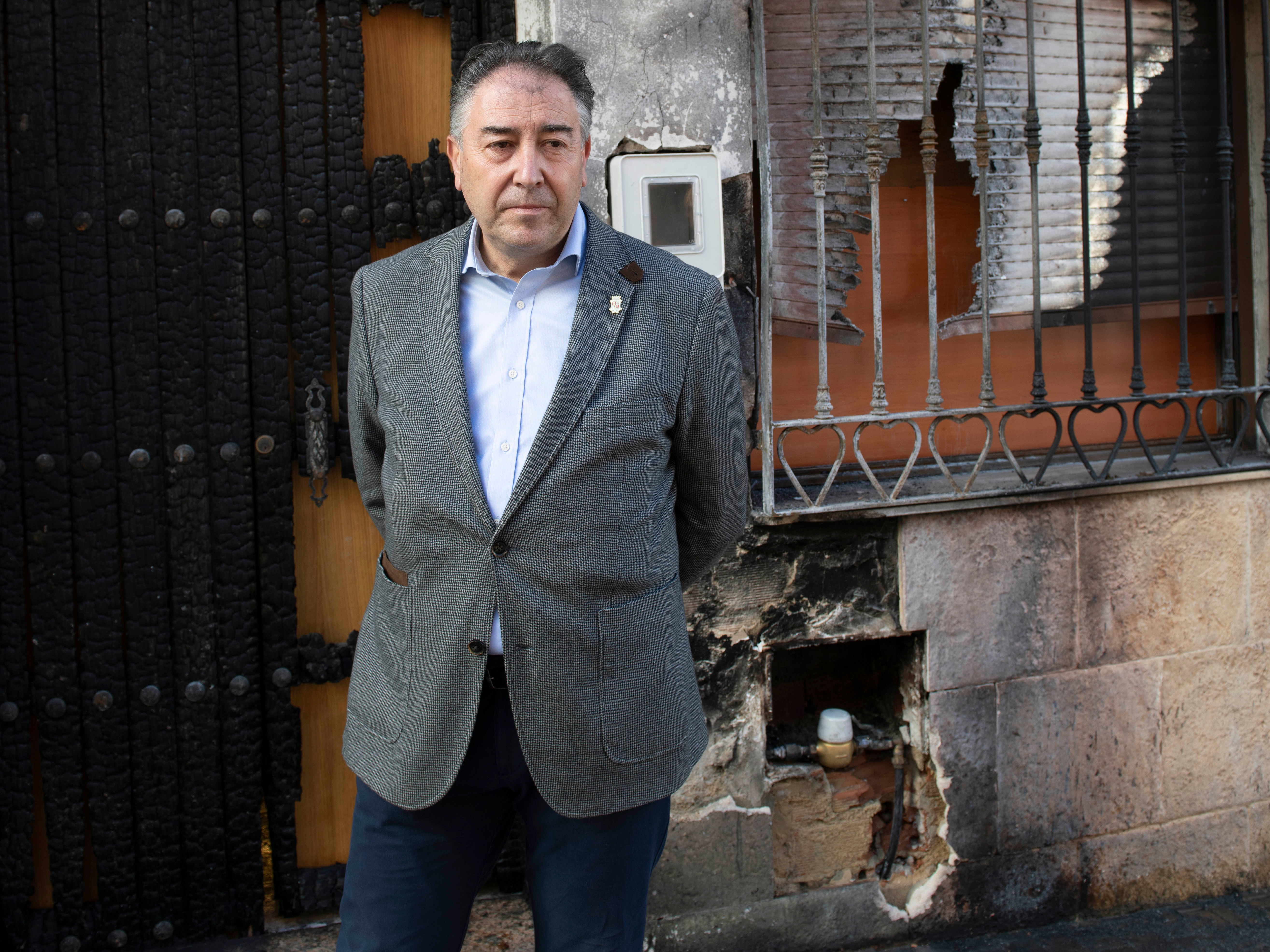 Five young people participated in the arson attack against the home of Joaquín Requena, the socialist mayor of Navas de San Juan (4,500 inhabitants, Jaén), who was unharmed thanks to the fact that he was alerted by the noise of the neighbors and was able to take refuge from the smoke in the terrace of your house. The Civil Guard investigation has resulted in the arrest of two of them, aged 19 and 20, as alleged perpetrators of the fire, early this Sunday, of a container that they embedded in the access door to the house of the Jaen alderman. Both will spend the next few hours at the disposal of the Investigating Court of La Carolina (Jaén), accused of the crimes of fire with risk to people – the tenants of other adjoining houses were also affected -, attack on the authority and damage to vehicles and other urban furniture.

The statement of a witness and the security cameras installed in the area have been decisive in identifying the alleged perpetrators of this attack. According to sources close to the investigation, initially there were four young people who, around four in the morning, several neighbors saw loitering in the area carrying the container from a distance of at least 100 meters to the door of the house of the Mayor. According to the hypothesis that the investigation uses, the four young men then went to a place where they had been having drinks and, a few moments later, one of them, accompanied by a fifth young man, returned to the vicinity of the mayor’s house. Both filled the container with cardboard – it is ruled out that they used any accelerator – and set it on fire. The fire affected the facades of two houses and several vehicles, one of them completely burned.

The two detainees have acknowledged the facts before the Civil Guard agents, as confirmed by sources close to the case. In their initial statement, the youths indicated that they tried to put out the fire and, failing to do so, they fled. For now, that is the main hypothesis handled by the Civil Guard investigators: a mischief that got out of hand. The same sources assure that, at the moment, the arrest of the other three young people who participated in the events does not seem likely. But the investigation is not closed and it has not yet determined what originally motivated the young people to attack Requena’s home, that on the night of the fire he was sleeping alone at home.

The mayor’s environment maintains that the trigger was the order to close a pub for not meeting administrative requirements that the councilor decreed last week. Neither of the two arrested as alleged perpetrators is related to the affected owners, but one of the other alleged participants in the event is. However, the mayor has publicly accused “radical right-wing groups” of these events, whom he links to another event that he denounced in September last year, when his vehicle appeared with broken glass and the town was filled with insulting graffiti. against his person.

Joaquín Requena refuses to classify the events of the fire in his home as a “childish”. “One thing is for you to scratch your car and another to move a container to the door of your house and set it on fire,” said the councilor, who this Tuesday has received the love and support of the students of the local institute . For this afternoon a concentration of rejection of the facts and support for the mayor is scheduled, which has been called by the Provincial Council and to which leaders of the main political groups have confirmed their presence.