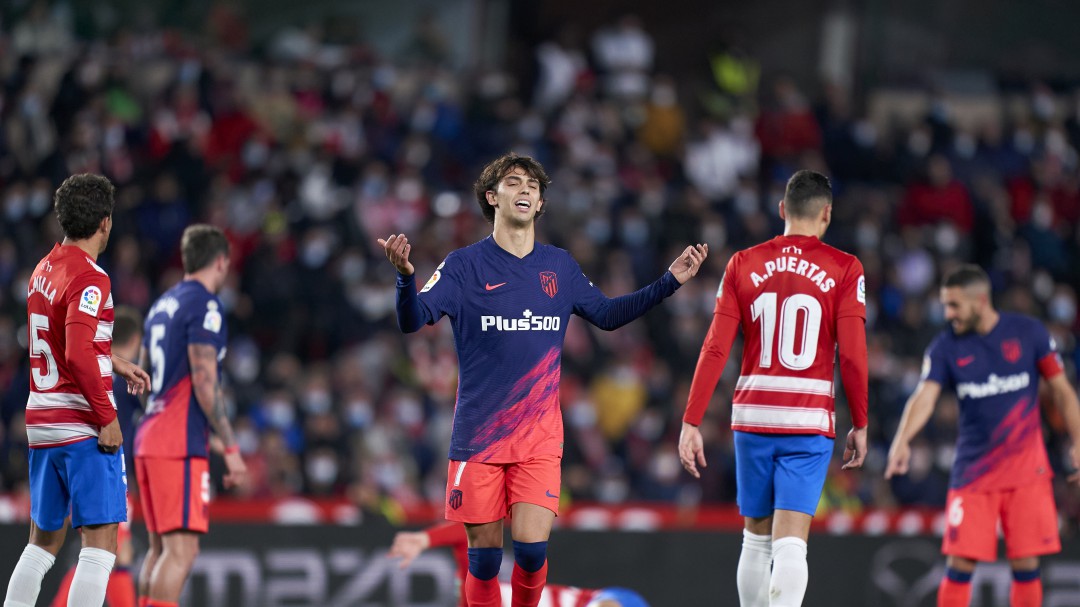 Atlético de Madrid signs its fourth consecutive defeat in the League against a good Granada (2-1) at Nuevo Los Cármenes. Joao Félix, despite the defeat, signed an extraordinary match.

Atlético de Madrid was aware that their visit to Granada could make Sevilla cut points and, incidentally, break the losing streak in the league. It was necessary to fulfill as in any important day worth its salt, understanding this need the always questioned Joao Félix. With only two minutes of play at Nuevo Los Cármenes, the Portuguese combined surprising power for a physique like his with his more than proven quality to put the rival behind in check, opening the scoring with a beautiful cross shot.

Joao Félix made his team go ahead, but his goal did not stop there. Irreverent, like any genius worth his salt, he looked at the bench in his celebration. Cholo Simeone had given him the opportunity to play against the loss of Griezmann, and the talented footballer was not going to wrinkle in this pulse. Despite this, the game entered a tense calm in which the brilliant start of the Portuguese was diluted. Thus, Granada did not fail on its occasion to reengage in the game. In the 17th, Darwin Machís, imbued with the spirit of Chelsea’s best Hazard, broke the net with a long-distance shot after a big cut.

Simeone’s were fitting again and Robert Moreno’s outfit had already smelled blood. Luis Suárez – the one from Granada, not the Uruguayan, who was missing in action – kept bothering the rear, filling himself with confidence to the point where he tried a heel shot that could have been one of the goals of the season . Atleti had to react and Joao Félix could not let this train pass. While his talent showed in isolated plays, he showed his character throughout the first half. He was close to appearing in the scorers’ table once more before the break thanks to his persistence, scoring a goal disallowed for a foul (tremendously gray, by the way) that his teammate Suarez could well sign.

The second part continued as the first ended. Joao Félix managed his team’s game at will, confirming his good form. The first 15 minutes after the break were excellent for the colchoneros, handling the ball well and having the necessary patience to cross the defense of Granada. The Portuguese, in the best possession of his team, was close once again to signing a double, crashing his shot against the post. Luck had already teamed up with the Nasrid, but something was still missing. In the counterattack, Jorge Molina put the 2-1 with suspense regarding a hypothetical offside, hitting the VAR in the correct position of the forward.

There was half an hour ahead and Simeone began to burn all his ships. Closing with only three footballers, those of the Metropolitan overwhelmed Granada, generating many occasions, but without the success that defines who takes the victory. The legs were beginning to fail, however, the Nuevo Los Cármenes public carried theirs flying in the final minutes, thus being able to endure a decisive result to put land in between with the relegation places.