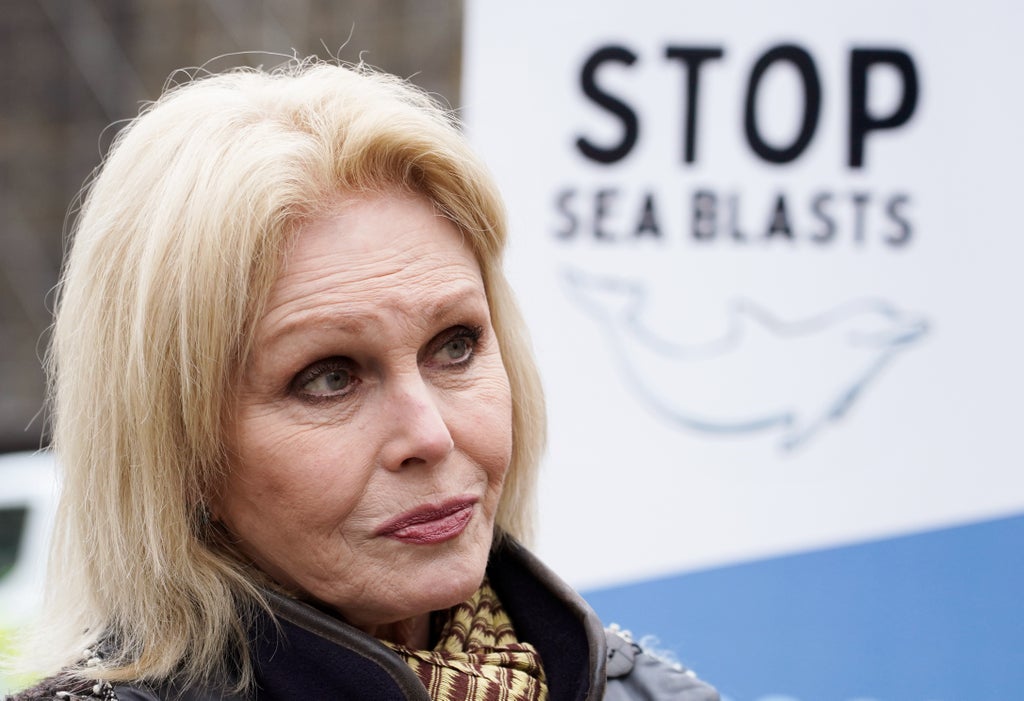 Dame Joanna Lumley has warned in a joint letter to a national newspaper that two planned wind farms off the Suffolk coast could see an area of ​​beautiful countryside “disappear under a sea of ​​concrete”.

Actor Ralph Fiennes, who was born in Suffolk, and Griff Rhys Jones, who has a home in the county, are also among the 17 signatories to the letter published in The Times on Monday.

Underground cables would transport the electricity to onshore substations, with decisions on whether to grant development consent to the two applications due by March 31.

The letter said: “A vast tract of Suffolk’s most beautiful countryside is slated to disappear under a sea of ​​concrete with ScottishPower Renewables (SPR) and National Grid’s destructive plans to build potentially the largest onshore energy hub in Europe.

“National Grid failed to present the true scale of their projects to the Planning Inspectorate.

“A split decision is suggested, to continue building wind turbines but to pivot to offshore integrated cabling to brownfield sites.

“Planned industrialization on this scale is a national issue and anything but green.”

The two proposed wind farms would have up to 142 turbines in total and power would come to shore in the Thorpeness area.

A spokesperson for ScottishPower Renewables said: “As a responsible developer, we’ve undertaken significant consultation and engagement with local stakeholders and communities on our East Anglia ONE North and East Anglia TWO projects.

“We’ve continued to listen to local communities and stakeholders and take account of their feedback, adapting designs accordingly.

“This extends to our considered efforts to protect the local environment and minimize the potential onshore impacts of the construction programme.”

They added that the projects have the “potential to support thousands of jobs during construction, create long-term skilled jobs, support the local and UK supply chain, deliver community benefits and play an important role in meeting the Government’s offshore wind ambitions and helping tackle the climate emergency”.

Earlier this month, the Energy Secretary approved a wind farm development off the Norfolk coast, ruling that the need for renewable energy outweighs concern over the “substantial harm arising from landscape and visual issues”.

Vattenfall’s 1.8-gigawatt Norfolk Vanguard offshore wind farm will have up to 158 turbines.

Vatenfall said that, together with the Norfolk Boreas offshore wind farm that was awarded planning consent in December, it will produce enough electricity to power the equivalent of 3.9 million UK homes.