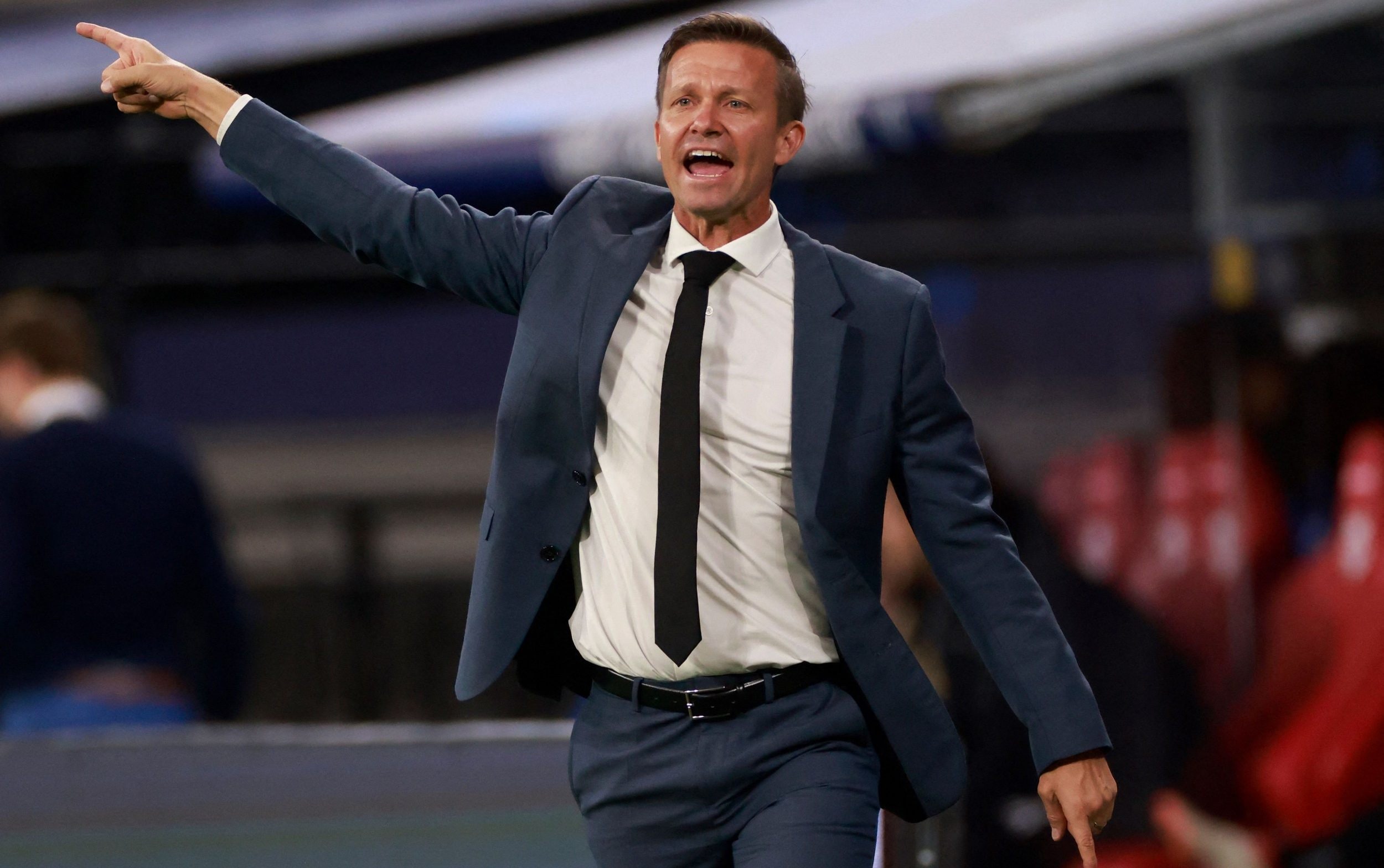 When Julian Nagelsmann decided to head south to Bayern Munich in April, Leipzig saw an opportunity to promote a company man with an impressive track record. However, in practice, it was a recipe for disaster.

Although Marsch’s changes to the tactics board at the Red Bull Arena seemed incremental at best, they caused huge issues within his squad. Under Nagelsmann, the team had played a possession-based style of football that wasn’t entirely dissimilar to Pep Guardiola’s own tactics at Barcelona, ​​Bayern and now Manchester City.

However Marsch, being a student of Rangnick and the Red Bull coaching school, brought a style of football that fans of Liverpool or Chelsea would be familiar with under Jurgen Klopp and Thomas Tuchel: lots of pressing, quick transitions and a preference for long, diagonal passes up and down the pitch.

Where Leipzig players had spent the past two years learning the importance of keeping the ball, Marsch was now trying to play in a way that urged them to move it up the pitch as quickly as possible. It did not work.

After his first seven games in charge, which saw Leipzig pick up just two wins and concede 13 goals, Marsch made attempts to revert to Nagelsmann’s tried and tested tactics by moving to a back three. It certainly helped, with the team beating bottom-half sides Hertha Berlin, Bochum and Greuther Furth in the next six games.

This uptick in form was followed by spirited performances against Paris Saint-Germain in the Champions League and a 2-1 victory over Borussia Dortmund in early November, but the jury was still out and Marsch’s ability to somewhat steady the ship was entirely overlooked by the fact that he was in charge of a team that had been expected to challenge for a Bundesliga title.

Excuses may have perhaps been made for the sale of Ibrahima Konate, Marcel Sabitzer and Dayot Upamecano in the summer, but all three had played minor if not diminishing roles under Nagelsmann the season before and Leipzig had compensated for their departures with around £100 million spent. on new players in the summer.

As such, even after the win over Dortmund, Leipzig and their fans were far more concerned about the 10-point gap between themselves and Bayern rather than the minor progress Marsch had made with the squad in the past month. And after three consecutive defeats to Hoffenheim, Bayer Leverkusen and then Union, the club decided to draw a line under their in-house experiment in a bid to rescue their season.

That decision has quickly been vindicated following the success of Marsch’s successor, Domenico Tedesco, who has reinstated a possession style of football and won nine of his first 13 games in charge of the club. Leipzig now sit fourth and within arms’ reach of Dortmund in second.

Ultimately, Marsch is unlikely to deviate from his usual tactics at Elland Road, which may prove more compatible with Marcelo Bielsa’s old squad than they did with Nagelsmann’s. But the challenge is formidable, as he takes over a club that is not simply steeped in the ways of their former coach but which often seemed to shrine him to his practices.

It would be a significant task for any coach. For one who is still fighting to prove he is more than just a Red Bull company man that blew his chance in the Bundesliga, it will be especially daunting.