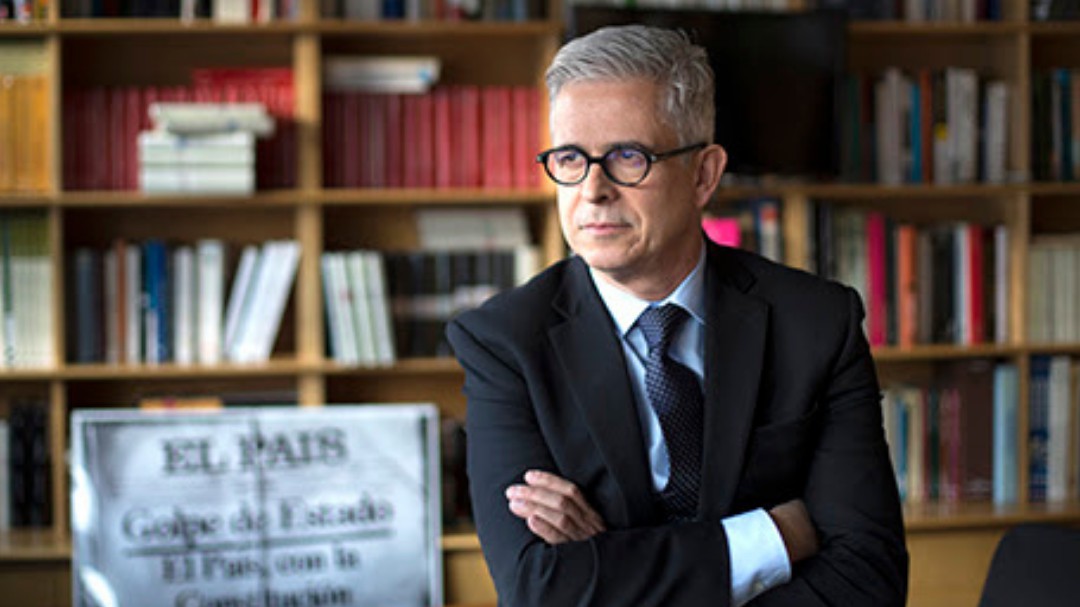 Javier Moreno (Paris, 1963) has been appointed director of the Autonomous University of Madrid-EL PAÍS School of Journalism, whose board of trustees met this afternoon. Moreno replaces Álex Grijelmo in the position, who since November 2020 has combined the management of the school with the deputy director of the newspaper responsible for the Editing Unit.

In his acceptance speech, Moreno has advanced that “rethinking the activity and expanding the vision and objectives of the School” will be the main goals of his management. “Digital education and everything we have learned about it in the pandemic, the increasing importance of Latin America -both due to the increase in applications to be part of our educational project and due to the growing social, cultural and economic strength of the area. – and the specific and technological training needs that students and teachers transmit to us, make us understand that we have to rethink the study plan in depth to respond to the needs of future journalists ”.

Moreno has a degree in Chemistry -Industrial specialty- from the University of Valencia. He practiced the profession in Germany -BASF, Ludwigshafen- until 1992, the year in which he studied the Master of Journalism UAM-EL PAÍS. He initially worked in the Economy section of the newspaper and in 1994 he joined the Mexico edition, the embryo of the current THE COUNTRY America, as editor-in-chief in the then Federal District. After his return to Spain in 1997, he joined the International section.

In 2005 he returned to THE COUNTRY, first as deputy director in charge of the Sunday edition and later as deputy director. In 2006, coinciding with the newspaper’s 30th anniversary, he was appointed director, a position he held until May 2014. In those years, the newspaper carried out the first major redesign of the print edition since its foundation. It also merged print and digital newsrooms to launch the current website. During your address, THE COUNTRY he participated in international exclusives such as the publication of the secret cables of the US State Department; the exclusive known as Chinaleaks; as well as relevant national information such as the Bárcenas papers, among many others. In 2013, he launched the America edition of this newspaper.

After leaving the address of THE COUNTRY, was founding director of the Leading European Newspaper Alliance, which brings together eight leading newspapers in Europe (Le Figaro, The evening, The Republic, Daily indicator, Geneva Tribune, The world, Gazeta Wyborcza and THE COUNTRY). Subsequently, he directed the UAM-EL PAÍS School of Journalism from December 2017 to June 2018, date on which he was appointed director of THE COUNTRY in America, based in Mexico City. In June 2020 he returned to the management of THE COUNTRY, since he served until August 2021.