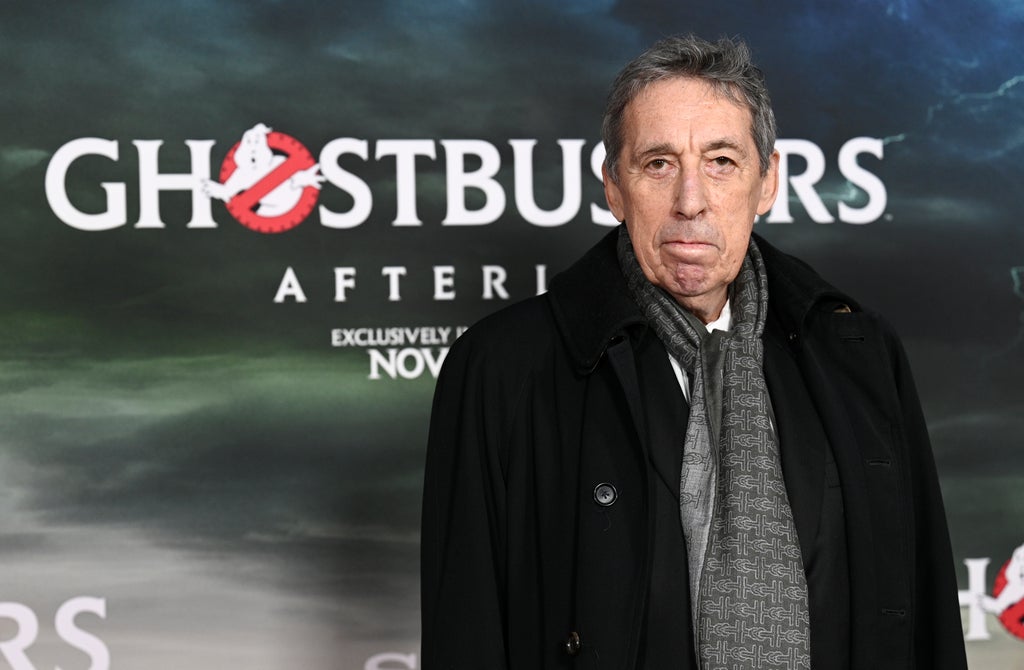 The director and producer behind the original Ghostbusters in 1984 died on Saturday at his home in Montecito, California, US media outlets have reported.

The Czechoslovakia-born filmmaker was best known for his comedy films and received his big break when he produced the college fraternity film National Lampoon’s Animal House in 1978.

Jason Reitman, who followed in his father’s footsteps and recently directed 2021’s Ghostbusters: Afterlife, shared a black-and-white photo of him as a child with his father.

He captioned the post on Twitter: “I’ve lost my hero. All I want is the chance to tell my father one more story.

“He came from a family of survivors and turned his legacy into laughter.

“Thank you for the kind messages. Enjoy his movies from him and remember his storytelling gifts from him. Nothing would make him happier.”

Figures from the world of screen and television paid tribute to him.

Paul Feig, who directed the 2016 reboot of Ghostbusters, wrote on Twitter: “I’m in absolute shock. I had the honor of working so closely with Ivan and it was always such a learning experience.

“I have directed some of my favorite comedies of all time. All of us in comedy owe him so very much. Thank you for everything, Ivan. Truly.”

Feig also recalled encouraging words from Reitman on the Ghostbusters set and sent his love and support to his family, adding: “Jason and Ivan have always been so supportive of me throughout my career and I’ll never be able to truly repay them both. This is such a sad day.”

In a post on the official Ghostbuster Twitter, Rothman said: “Tonight, the lady with the torch weeps, as do all of us at Columbia, and film lovers around the world.

“Ivan Reitman was an inseparable part of this studio’s legacy, but more than that he was a friend.

“A great talent and an even finer man; he will be dearly missed. We send his family all our condolences. ”

Mindy Kaling, who appeared in Reitman’s 2011 film No Strings Attached, said she loved working with him and described him as “old school in the best way, and kind”.

Breckin Meyer, who starred in the 2000 comedy film Road Trip, which Reitman produced, remembered him as a “comedic master.”

He added: “Growing up on his work & THEN getting to work with him was a dream. He was encouraging, brilliant and pretty much right about everything. RIP Ivan and thank you.”

The actor and screenwriter Kumail Nanjiani described Reitman as a “legend” and added that “the number of great movies he made is absurd”.

Knocked Up and The 40-Year-Old Virgin writer and director Judd Apatow said Reitman “influenced everything we all love about film comedy.”

Reitman directed Bill Murray in his first starring role in the summer camp flick Meatballs in 1979, and then again in 1981’s Stripes.

Reitman was born in Komarno, Czechoslovakia in 1946 but later moved to Canada as a child with his family.

He studied music and drama at McMaster University in Hamilton, Ontario and began making movie shorts.