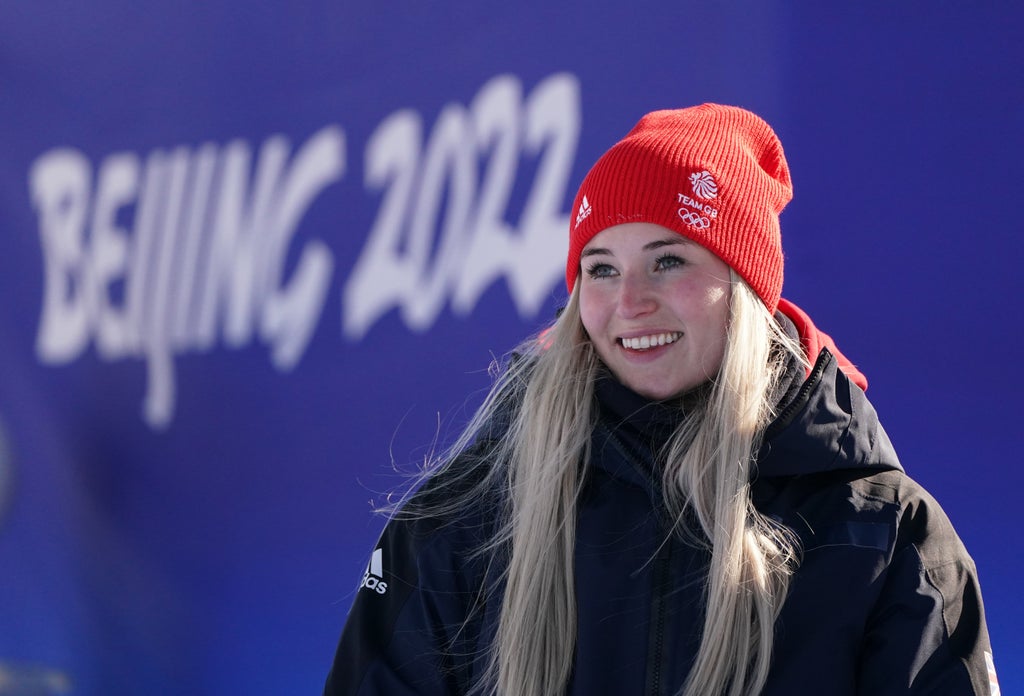 Ormerod, the first Briton to win a World Cup snowboard title in 2020, missed out on the finals in both the slopestyle and Big Air on her Olympic debut.

But the 24-year-old from Brighouse has bounced back from bigger setbacks and snowboarding cousin Nicholls said her Olympic dream is very much alive.

He told the PA news agency: “It’s the Olympics and at the last one she didn’t even make it to drop in.

“She wanted to go out there and compete at an Olympic Games, which she’s done. It’s incredible given where she’s come from, amazing.”

Ormerod burst on to the world scene as a 16-year-old when she was the first woman to land a double cork 1080 – three rotations and two inverted flips.

But her medal hopes at the 2018 Games in Pyeongchang were shattered when she suffered a career-threatening injury in training, just hours before she was due to compete.

Ormerod split her heel clean in two, but after learning how to walk again she won the Crystal Globe as overall World Cup winner at the end of the 2019-20 season.

Nicholls, who finished sixth in the men’s slopestyle final at Sochi 2014, said: “For her to come back and win a World Cup season before the Olympics is pretty impressive because she never thought she would snowboard again.

“We’ve got to be positive. She’s young, she’s got time. Ella she’s got the 2026 Games to look forward to and she’s got an Olympics under her belt now.

“She’ll want to keep working on those tricks, those top, top scoring tricks and she has that in her.

“She has the right facilities and the right people around her to do that. She’ll be focused now on 2026.”

Ormerod fell twice in three jumps in Big Air qualification on Monday to finish 25th after a 19th-placed finish in slopestyle on Saturday.

Nicholls said: “Yes, she’s got a bigger bag of tricks. Ella she could have gone bigger, but I’m pretty sure Katie just wanted to put a run down and compete at a Games because where she’s come from it’s been difficult.

“She’s probably looking forward to going away now and working on new tricks as well. Ella she’s already got her sights set on the Italy Games. ”

Nicholls, 28, who also hopes to compete at the 2026 Games, and Ormerod both emerged as world class competitors from the Halifax Ski and Snowboard Centre, perched on a hill in West Yorkshire.

Halifax has benefited from increased funding received by GB Snowsport from UK Sport the national funding body for Olympic and Paralympic sport.

GB Snowsport’s funding has increased from £5.2million in the Pyeongchang 2018 Winter Olympics funding cycle, to £11m for the Beijing 2022 cycle. For Paralympic funding, there has been a corresponding increase from £2.7m up to £4.4m.

Nicholls added: “It all started for me here in Halifax when I was seven. These facilities are so important for young kids to get into snowboarding. You don’t need mountains to make an Olympics.

“There is amazing funding now for these venues through the National Lottery UK Sport are doing a great job of bringing in a pathway to find up-and-coming snowboarders and that’s what I didn’t have when I was starting out.

“It’s more accessible now than it ever was with UK Sport’s financial help, putting money into these venues, it’s brilliant.

“Anyone watching the Games and who wants to take it up, call your local slope and get a lesson booked in, you never know where it will take you.”