Manchester City might have surrendered more of their lead at the top of the Premier League table in defeat to Tottenham Hotspur on Saturday, but it wasn’t an entirely wasted weekend for those of a sky blue persuasion.

Across the road at the City Football Academy, the Under-23s set about extending their lead at the top of the Premier League 2 with a 2-0 win against closest rivals West Ham.

As has become a bit of a theme this season, James McAtee played a staring role.

His audacious Panenka penalty was his 22nd goal of what is turning out to be an extraordinary campaign for the 19-year-old. The game against the Hammers came less than 24 hours after McAtee, Liam Delap and Romeo Lavia were named among Pep Guardiola’s substitutes for the visit of Spurs, not the first time City’s youth have been involved in two games in two games (or two in one , in Cole Palmer’s case).

Not thinking that the EDS is beneath you is an impressive attitude for a young player to have, especially when you have a collection of goals as brilliant as McAtee. The youngster will of course be keen to enjoy more first-team minutes, but if he continues to score goals like these then his time will surely come.

Not all Panenka penalties are created equal. Some trickle over the goal-line in a rather underwhelming, anticlimactic fashion, whereas others push players’ nerves to the very limit.

The EDS moved seven points clear of West Ham by winning 2-0 on Sunday, but a loss would’ve reduced their lead to a single point (with West Ham having a game in hand).

The stakes were high, yet McAtee grazed his penalty off the underside of the crossbar like Zinedine Zidane in the 2006 World Cup final. Box office stuff.

City moved to the top of the table last month with a 1-0 win at Chelsea, and of course it was McAtee who popped up with the goal.

There wasn’t really anything spectacular about the goal itself, more so that McAtee again showed his ability to perform in the biggest games.

In calmly striking the ball into the corner of the goal, the midfielder put City on track to win a second consecutive league title.

A second-half collapse saw City lose 5-3 to Club Brugge at the CFA in a UEFA Youth League group stage, but McAtee still managed to shine by scoring a superb hat-trick.

His first of the afternoon came at the end of a swift City counter-attack, as he riffled a shot into the roof of the net from a tight angle. 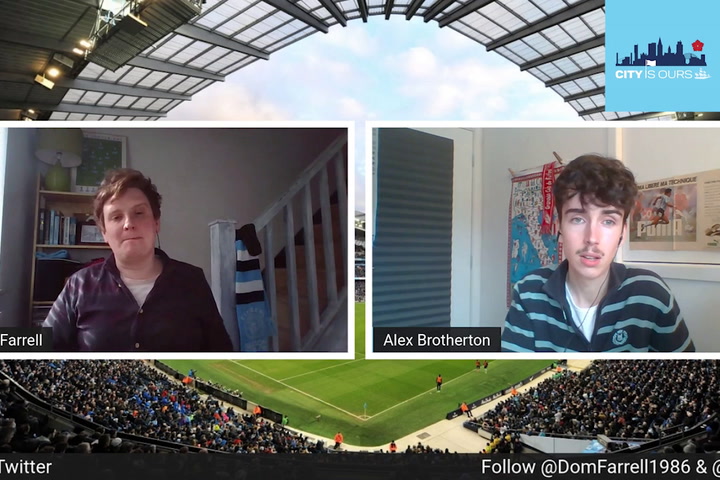 McAtee’s second goal of the game was a scuffed effort that squirmed under the goalkeeper, but his third… wow.

Picking the ball up just inside the Brugge half, the captain surged forward as his teammates made runs either side of him. He only had one thing on his mind though, driving the ball into the bottom corner from the edge of the box to complete his third hat-trick of the season.

McAtee’s free-kick in a 5-0 win at Derby a few weeks ago was pure playground stuff. You know when the best player on the school football team takes all of the set-pieces and shoots on sight? That’s McAtee.

From a position on the right not too far from the corner flag, the No.10 ignored the mass of bodies waiting in the penalty area and instead bent his free-kick into the top far corner, leaving the goalkeeper with no chance.

Who doesn’t love a derby day goal? McAtee scored City’s third in a 4-2 win against United back in August, sumptuously curling into the top corner after receiving a lay-off at the edge of the area.

Oh, and the goal completed his second hat-trick in as many games.

Which of James McAtee’s goals is your favourite? Follow our City Is Ours writer Alex Brotherton on Twitter to get involved in the discussion and give us your thoughts in the comments section below.