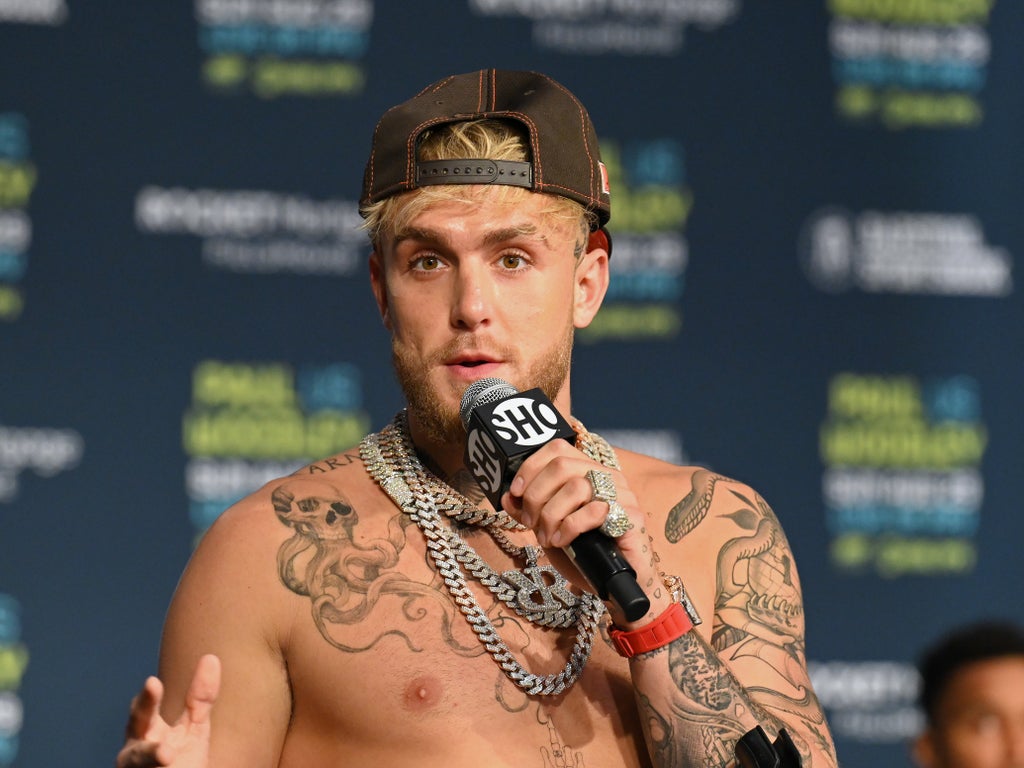 Jake Paul has said that the diss track he released last week was part of a larger plan to “expose” the “constant exploitation practices” of UFC president Dana White.

YouTuber Paul has gone 5-0 as a professional boxer and recently teased a venture into mixed martial arts, even saying he would fight UFC star Jorge Masvidal in the flagship MMA promotion if White raised his salary. boxers and offered medical attention to the members of the list.

Paul also released a track directed at White, in which he calls the 52-year-old “greedy, old, lonely, bald.” The music video for the song also shows Paul choking an actor playing White.

“Dana White first tried to beat me [ex-UFC star] Ben Askren,” Paul told MMA Fighting. “Then he said he would bet $1 million that he would lose to Askren. After Dana ran away from her own bet, she started saying that my fights are fixed.

He then proceeded to disrespect Tyron Woodley. [whom Paul has beaten twice] – his four-time champion – and said that Tyron is finished.

“And finally, Dana went on to state that I am a dirty fighter. Aside from passing drug tests at every event, I agreed to be tested by Dana White and the UFC, but he refused to respond to my offer. Obviously, evaluating me is not that important to him, as it would mean he would have to raise the salary of the fighters and provide them with the long-term medical care that they should be provided.

Paul also touched on White’s seemingly rocky relationship with UFC heavyweight champion Francis Ngannou, who expressed frustration at his promotion pay and hinted at a switch to boxing.

Ngannou retained his belt against interim champion and former tag team partner Ciryl Gane in the main event of UFC 270 this month, but White did not wrap the title around the victor’s waist as usual. White was also not present at the post-fight press conference.

“Dana White is too busy sending judgment threats to his heavyweight champions minutes before they go into the cage to fight another man,” Paul said, referring to a claim made by Ngannou in a recent interview with MMA Fighting.

“I think he actually sent my partner [Nakisa Bidarian] same thing at 9:00 pm that night when Dana was supposed to be president at her big pay-per-view event for a public company.

“Imagine if [NBA commissioner] Adam Silver sent LeBron James a lawsuit minutes before he was to speak for the NBA Finals, then refused to hand him the NBA championship trophy after he won. It is pure disrespect to the athlete and the sport.

“This is not about boxing or MMA,” Paul continued. “It’s about doing the right thing. The UFC can and should do better given the control it has exerted over MMA fighters. Either treat them like independent contractors, like Uber treats its drivers, or give them the compensation and benefits they deserve as employees.

“So my fund has invested in your company’s stock and I will work to expose your ongoing exploitative practices, starting with putting out this song and all proceeds will go directly to fighters’ causes.”